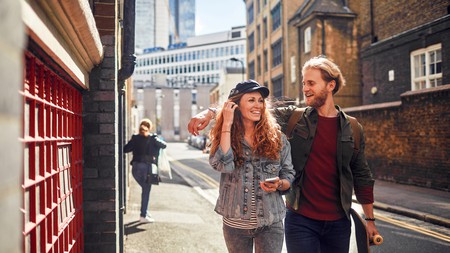 Scattered across Britain are many dynamic cities that bring their own unique experiences to the table, we’ve rounded up some of the best.

Forget the clanging Big Ben and poppy-red buses of London for a second and pull out a map of Britain. As you cast your gaze across the island you’ll find an abundance of cities that offer a slice of culture you’ll find nowhere else. Up in Edinburgh, you’ll find brain-melting illusions and fictional boy wizards, and down in Bath, frozen-in-time tearooms and tiny old-school boozers. In the middle, York celebrates a fascinating Viking past, while finger-on-the-pulse Liverpool thrives in the present.

The capital of Scotland is a labyrinth of twisting alleys, well-trodden streets and hidden passageways intertwined with rolling hills and gothic architecture. Nature converges with historic buildings, with moss spilling from the brickwork of Edinburgh Castle – reigning over the city from atop an extinct volcano in Old Town – while manicured hedges border the stunning Georgian townhouses in New Town. As you wander, listen out for the pulsing thrum of a festival, as many pop up throughout the year, and follow the aromas floating from the Pitt Market food trucks. If you’re feeling brave, head over to Portobello Beach and take an exhilarating dip in the North Sea.

For a mind-bending experience, Camera Obscura should be at the top of your Edinburgh bucket list. Kick things off on the rooftop with 360-degree views of Edinburgh, you can peer through telescopes and take some treasurable snaps of the skyline before following a guide to a Victorian chamber. Inside the shadowy room you’ll find an image of the Scottish capital projected through a periscope and hear an insightful account of its storied history. Next, take a trippy journey through swirling tunnels streaked with rainbow lights, tread carefully through a maze of mirrors and witness your body warp in the World of Illusions. 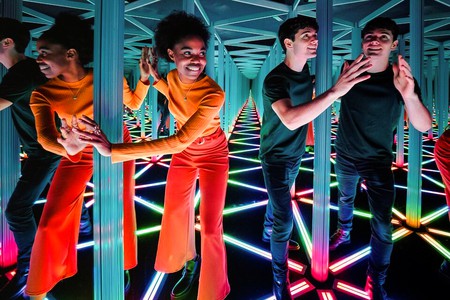 Fans of the wizarding world will be duelling over a spot on this Harry Potter walking tour. You can put yourself in the shoes of JK Rowling as you follow a guide around the city that most inspired her: stopping at her golden handprints outside the City Chambers and visiting the scroll-like grave of Tom Riddle in Greyfriars Kirkyard. Make sure to refresh your memory of the magical books as there will be plenty of trivia along the way, plus, you’ll discover which house you belong to and if you’re a rare pureblood, Malfoy-hating muggle or an unfortunate squib. 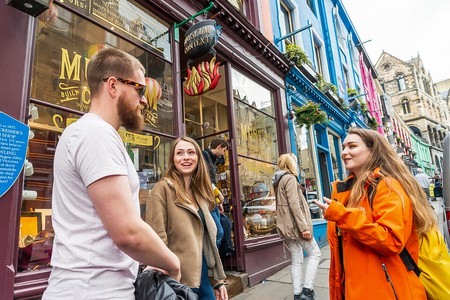 York embraces its ancient bones with medieval architecture, gothic spires and cobblestone streets. Viking roots still shape the city, with the Scandinavian term for a road, gata, evident in street names such as Stonegate. When visiting, look out for the traditional cat sculptures scattered across rooftops, look up at the lacquer-red effigy of the Printer’s Devil, and amble down the crooked Shambles – the inspiration behind Rowling’s Diagon Alley – lined with centuries-old shops and ramshackle houses. When night falls, you can hunt the spectres of York’s past on numerous ghost walks or sip Absinthe in the moodily lit Evil Eye Lounge.

Pack a picnic, don your captain’s hat and hop on board a self-drive boat to explore York from the serpentine River Ouse. After an initial talk on how to operate the boat and an outline of the safety rules, you and up to five others can start your journey, chugging down the river at your own pace. Follow in the rippling tracks of Vikings who arrived via the water and take in the enchanting city sights from a new perspective, watching dedicated rowers power past and birds swoop to skim the surface. 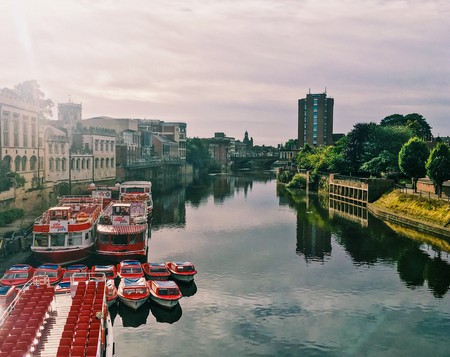 A walk through the idyllic streets of Bath, with their crescent-shaped rows of grand Georgian houses and immaculate green parks, can feel like stumbling into the bonnets-and-breeches world of a Jane Austen novel. It’s no surprise why; the literary great was one of the most famous city residents, capturing the many charms of Bath in two of her books. History clings to the city – found easily in period-style tearooms, art galleries and the ruins of the ancient Roman baths – but the other treasures require a little more exploration. Grab swimwear and test your balance paddleboarding on the River Avon, take a stroll to the medieval towers of the aptly-named Sham Castle or squeeze into the traditional Old Green Tree Pub for a pint of cask ale.

Slip into your best empire-waist gown and dig out your tiara. This Bridgerton tour whisks you away to the filming locations of the Netflix hit where you can peek into the homes of the Featheringtons and Lady Danbury, pay a visit to the Modiste Dressmakers and take a selfie in front of the iconic honey-coloured buildings of the Royal Crescent. Along the way, your guide will paint a picture of aristocratic life in Regency-era England, unveiling the history behind the show and sharing behind-the-scenes clips from filming. 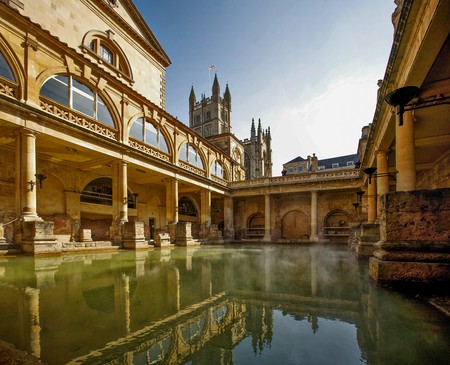 Home of the Beatles, the Royal Albert Dock, two Premier League football clubs and that famed Scouse humour, Liverpool oozes character. It started as a trading port centuries ago, becoming the largest outside London, and has since weathered the storm of recessions and rioting to blossom into the cultural hive you see today. Once you’ve taken advantage of the numerous shopping districts, breathe in fresh air under the Law Oak in Calderstones Park – the gnarled 1,000-year-old tree is said to have been the site of a medieval court and survived a gunpowder explosion. If you fancy a dance, swing by Kazimier Garden for live music in a storybook setting.

Take a trip down musical memory lane on a Beatles walking tour. The history of the Fab Four is intertwined with that of the city, with tracks such as Penny Lane and Strawberry Fields Forever serving as a lyrical roadmap to the streets of Liverpool. You can live A Day in the Life of the retro rockers as you wander along Mathew Street and down into the brick-vaulted cellars of the Cavern Club where they performed. With stops at landmarks such as the Royal Albert Docks and the Maritime Museum along the way, the tour finishes at the bronze Beatles statue by the waterfront. 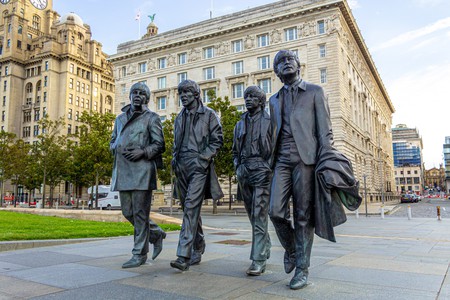 One of the many monuments put up as an ode to the Beatles in their hometown, Liverpool | Courtesy of GetYourGuide

There’s plenty more things to do in the UK that locals might not know about and GetYourGuide can help you to discover them.