Barmy But Brilliant Traditionally British Meals Made From Leftovers 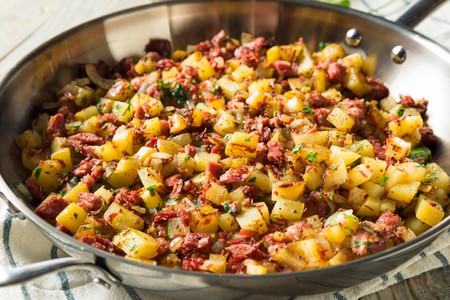 In this day and age, not every dinner means fancy salads or steak with all the trimmings. Whether it’s due to a looming payday or simply a hangover that requires very little movement, sometimes we have to work with what’s in our cupboards. Thankfully, our British ancestors had the gift of turning dubious ingredients into delicious meals. Here are nine of the best British dishes you can create from your leftovers.

We’ve all been there: it’s a long, hard day, and your fridge and cupboard are a graveyard to the meal plan that was. The very last thing in the world you want to do is traipse to the shops and try to summon some meal inspiration, limited by the little money left in your bank account and your ever-fleeting energy. Well, years of English depression meant our ancestors were great at working with what they had and created many British staples from few and simple ingredients. Granted, some of them sound and look dubious – bubble and squeak, toad in the hole, Scotch egg – but actually, they’re all very tasty. So, get rummaging in your cupboards for the scraps of vegetables and tins of meat, and throw them together to create these hearty, hard-time dishes. It’s a British tradition, after all.

Don’t let the name deceive you, or the hideous grey mush for that matter. This traditional dish is tasty, and the longer the leftovers sit in the pan, the better it tastes. Bubble and squeak is thought to have originated in 19th-century Britain – a time when people fried leftover potatoes, cabbage or sprouts from the Sunday roast into a patty.

It’s so named because of the frying sound of the cabbage and the bubbly texture that forms. London Cockneys classically enjoy the dish topped with an egg for Monday breakfast. You don’t need to stick to roasts, though. Next time you have vegetable leftovers from a meal, keep them refrigerated and then chop them up, form patties and get frying. The flavours will come together wonderfully. It’s why you had the meal in the first place! 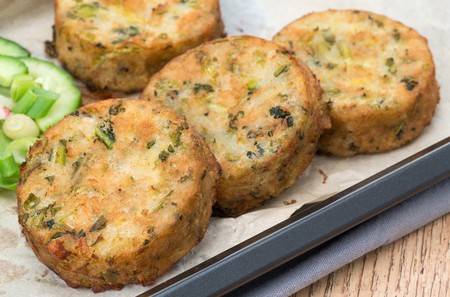 If you have a questionable tin of meat sitting in your cupboard, probably bought by your well-intentioned mother, you’re not the only one. A common variety of never-touched, back-of-the-shelf processed meat is corned beef, and there is a handy use for it in the form of this delightful stew. Boil onions, carrots, potatoes, a stock cube and that special corned beef (or any other meat you might have hidden somewhere) for a couple of hours – and voila! You’ll have a stew-type dish that, importantly, in no way resembles that tinned meat you’ve been avoiding. 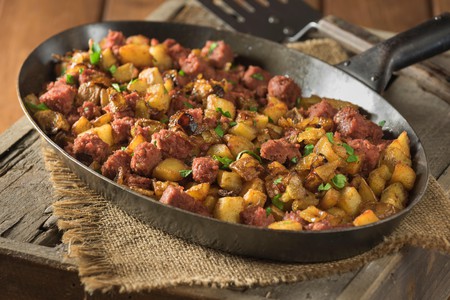 Dig out that tin of corned beef, and turn it into a something far more appealing | | © Simon Reddy / Alamy Stock Photo

Yorkshire puddings with anything

Think Yorkshire puddings are a side thought in a roast? Think again. Talk to any Yorkshireman, and they’ll tell you that the possibilities for Yorkshire pudding recipes are as endless as they are glorious. Make your Yorkie pud by whisking together egg, flour and milk until smooth. Season with salt and pepper. Heat oil in the holes of a muffin tin, and then pour in the mixture and bake – without disturbing – for about 20 to 25 minutes until raised and browned. Now’s the fun bit when you fill your puds with, well, whatever you want. Mushy peas? Yes. Beans? Yes. Cream cheese? Yes. Jam? Yes. Chocolate? Yes. Some of these suggestions will seem blasphemous to the traditional Yorkshire chef, but in difficult times (like when you have a stonking hangover), needs must be met. The pud really does go with anything. 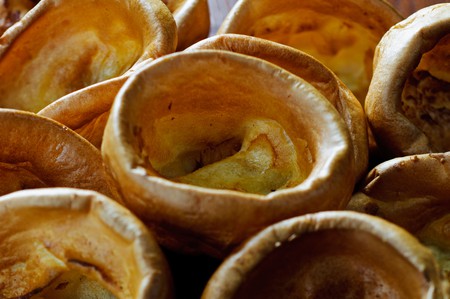 Yorkshire puddings can be eaten with anything, and make for great hangover food | | © Marie-Louise Avery / Alamy Stock Photo

Fish pie (sometimes known as fisherman’s pie) is the anaemic-looking dish your granny presents you with – the one you assume will taste like her old slippers. Surprisingly, if cooked well (ie, not obliterated) it’s a creamy, crunchy delight. Make a white sauce by combining onions, butter, flour, milk and cheese, boiled together until thick. Throw in leftover fish or seafood – whatever you have on hand, but a mixture of salmon and cod is best – and add mashed potatoes as a lid (leftover spuds mashed up are ideal). Cook in a big tray until it’s golden on top. Who knew those ingredients worked so well?

For this hearty delight, you’ll need butter, onions, potatoes, a stock cube and meat – traditionally lamb. Boil everything but the potatoes to form a stew, and then pour into a dish, add a layer of sliced potatoes and bake for two hours. The hotpot originated in (you guessed it) Lancashire, where they’d leave the stew to simmer all day so that it was ready for when cotton workers returned home from a hard day’s graft. No worries if you’ve been sitting in the house all day – you deserve it, too. Any scraps of veg work well when added to the mix, too. 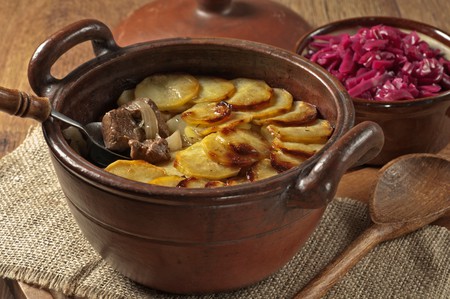 Don’t settle for simple cheese on toast if you have a bottle of Worcestershire sauce hidden behind your ketchup. In a saucepan, combine grated cheese, Worcestershire sauce, butter, flour and, if you have it, mustard or even a splash beer. Cook the mixture until it’s completely melted, and then spread the flavourful sauce over bread and toast it. It’s gooey, packs a punch and is pretty far from being a balanced meal – which is sometimes exactly what you want.

This humble picnic essential doesn’t have to be enjoyed in the great outdoors, from one of those “30 for £1” supermarket tubs. Create this gooey and crumbly wonder together at home, and enjoy it hot. Wrap a soft boiled egg in a flattened sausage or some mince, dip it into a beaten egg and then roll it in breadcrumbs made from stale bread. Wrap this in cling film, refrigerate for four hours until it’s set and then let your freak flag FRY – that is, place it in hot, bubbling oil until it’s golden brown. It sounds every kind of wrong, but it’s oh-so right. 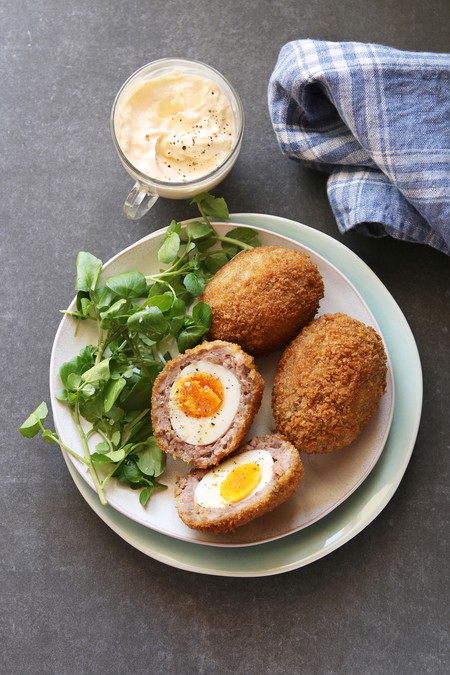 Your Scotch eggs might not run out as perfect as these, but it’s worth giving it a go | | © Leithan Partnership t/a The Picture Pantry / Alamy Stock Photo

Toad in the hole

Remember those versatile beauties we talked about earlier? Yes, there’s another use for Yorkshire puddings. For a moreish, wholesome meal, pour out your leftover Yorkie pud mix into a big rectangular oven tray, add sausages and bake for about 25 to 30 minutes. You’ve just whipped up a British favourite, toad in the hole. Add some gravy, and you really couldn’t want for anything more.

Why stop at dinner when you can finish off with dessert? Try this old-fashioned favourite made from stale bread. It’s sweet and stodgy, in the way only Brits can achieve with perfection. Layer buttered crustless bread slices, pour over home-made custard (milk, cream, eggs and sugar heated together) and bake for about 30 to 40 minutes. Best of all, you can jack it up with any old edible tat you have lying around. Throw in some fruit. Slop on some booze. Spread some preserve. You could even sprinkle on those hundreds and thousands you bought three years ago, then predictably never bothered using. Just don’t let your Aunty Margaret see – bread and butter pudding is sacred.