An Introduction To Led Zeppelin In 10 Songs 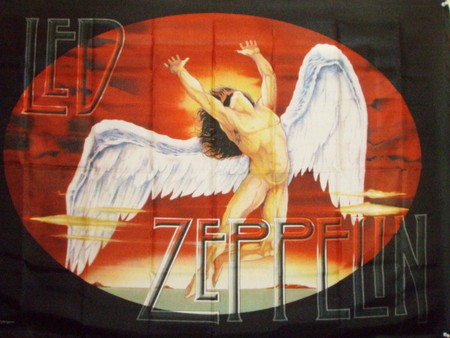 Led Zeppelin are called the originators of heavy metal, but their influence has extended much further than that. While they were often met with disdain from music critics at the time, the public loved them, and they were known as “The Biggest Band In The World” and are one of the best selling groups of all time. They were a response to 1960s psychedelic rock, which they incorporated with a much heavier sound and also brought in elements of blues and folk artists who inspired them, such as Muddy Waters and Howlin’ Wolf.

The British band became popular mainly during the 1970s and included lead singer Robert Plant, guitarist Jimmy Page, keyboard and bassist John Paul Jones, and drummer John Bonham. The band’s innovated a very gritty, distorted sound, while at the same time maintaining traditional rock elements such as guitar solos and chorus hooks. Below are 10 songs by the band that you need to know.

Their rather strange name actually comes from a comment made by Keith Moon of The Who, when he said before the band ever started in 1968, that it would “go over like a lead balloon.” Hence, Led Zeppelin and the immense, unexpected success that left a significant mark on their generation.

From their fourth untitled album, this is their most popular song ever and a landmark in rock music history. It is to this day their most recognised song and is still extremely circulated on FM radio. It features a notable and exciting guitar solo from Page, one of his most imitated and praised.

All of Zeppelin’s songs were penned by lead singer Robert Plant, but this rare heartfelt ballad is one that is especially personal for the artist as it was written in response to his young son’s death from a stomach illness.

Another touching ballad with the melody penned by Page and lyrics by Plant, this is considered one of his best vocal performances with emotional excess and great variety of techniques. Overall its just an 8 minute long glory.

Sexual overtones punctuate this extremely bluesy song that turns into a frenetic rock and roll guitar solo. The famous line ‘squeeze my lemon till the juice runs down my leg’ was actually borrowed from a series of blues songs before it.

At face value, this song is Robert Plant’s ode to his journey as a young man seeking the American Dream of rock’n’roll fame in wild Los Angeles. However, it also is a tribute to Joni Mitchell because the songwriter was infatuated with her in his youth.

The lyrics to this song were written after a world tour in which Plant found himself driving down an endless road in the Sahara desert. He was so inspired by the scene of a road in the middle of nowhere that never ends that he wrote a song about it. It’s widely considered the definitive compilation of each member’s best work as a band.

The title embodies the rock star lifestyle especially adopted by Plant who leads a successful solo career after Led Zeppelin disbanded. The lyrics contain references to J.R.R. Tolkien’s Lord of The Rings and the adventures of Frodo Baggins, possibly drawing a comparison between the rock stars and the famous adventurer.

The signature guitar sound is very heavy, with lots of distortion and sound effects, making it highly intense. Robert Plant digs deep with the vocals to balance out the effort, making this one a power puncher with an incredibly crazy jazz break.

Babe, I’m Going To Leave You

This previously little known folk song was also a cover that the band popularized with their minor tone and tortured vocals. They incorporated it into their touring sets where it became one of their most acclaimed attempts at a folk sound.

When The Levee Breaks

This song has almost a western vibe with lots of blues influences including distinct harmonica melodies. It is actually a cover of a famous blues song written by Memphis Minnie about The Great Mississippi Flood of 1927. The Zeppelin version is hypnotic and the production was totally innovative for the time.