An Interview With Filmmaker Chris Palmer: The Ethics Of Wildlife Documentaries 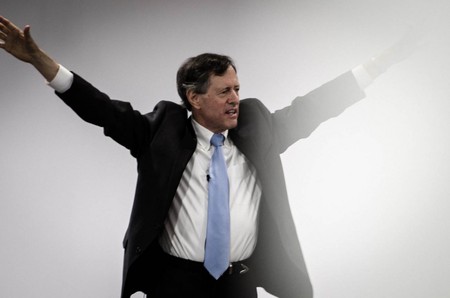 Chris Palmer is a renowned documentary filmmaker, speaker and author. He is a vocal proponent of improved ethics in the wildlife filmmaking industry, having published two books on the subject. He currently teaches full-time at American University, where he directs the Center For Environmental Filmmaking. He also serves as president of the One World One Ocean Foundation, and he sits on the board of 14 environmental non-profits.

How does Confessions of A Wildlife Filmmaker (2015) differ from your previous book, Shooting In The Wild (2010)?

The books are five years apart, and a lot has happened in that time. Discovery produced the ridiculous Megalodon and mermaid documentaries. Confessions is up to date with new stories as more producers crave ratings and falsify footage. But they carry a similar message — wildlife films should be made ethically.

What percentage of wildlife documentaries are staged? Do even universally acclaimed organizations like Nat Geo fall victim to the pressure?

Staging is not easily defined; it has many levels to it. Fake sound is routine. All films contain some fakery, that’s what filmmaking is: the use of artifice to persuade. But the big question is, when does that legitimate artifice become illegitimate deception? It’s not easy to answer.

Gross deception is renting captive animals and pretending they’re wild. Nat Geo, and other big names like BBC and Discovery, all use these techniques of deception. They often don’t make the shows, but they outsource filmmakers. Nat Geo isn’t using animals from game farms per see, but the people they hire are. They themselves don’t know the details about the shot. All these organizations must be more open about how they make films. The BBC is a leader — they’ve laid out in great detail what they find acceptable.

When you have lots of money, it means you have plenty of time, and it’s less common to use game animals. It’s more common in low budget films, which lack financial backing, and only have two or three days to find an endangered animal and get the shot.

Tell us about an incident where you staged a shot.

When we made an IMAX film on wolves, we had a very hard time getting close-up shots. We wanted to get shots that tell the story of wolves as social beings, beyond just hunting prey; it’s easier to take those. But to get close-up shots of a mother wolf caring for its pups is difficult. They run away; they’re weary of people. The only way to do it is to use rented game animals. I only regret it in the sense that we weren’t very open about in the film. If we had been truthful about our methods, and if the animals are looked after humanely in the game reserve (but that’s not often the case), then we wouldn’t be in the wrong.

Do you believe it’s more ethical to employ captive animals in wildlife documentaries?

When you rent animals, you don’t have to disturb them. On the other hand, you have to find out how they became captive, and if they’re looked after humanely. I think the way of the future is CGI — like the tiger in Life of Pi.

There are three main ethical issues to consider: deception of audience, disrespect towards animals and lack of conservation gains. If the film doesn’t express the threats to a species, it raises an ethical question: Have they really been responsible? They give the impression to the audience that everything is hunky dory when a species is on the brink of extinction.

Describe your favorite experience filming a wild animal. Did your presence negatively impact it?

My favorite experience was filming up in Alaska, filming brown bears. They’re so focused on feeding on the salmon, they come together in fairly large groups, and they don’t mind your presence. Watching bears up close like that is thrilling.

But you have to ask, are you habituating them or interfering in their natural behavior? I was ten feet away, but I don’t want to recommend that. I never would encourage someone to get that close. I was young and naïve. We need to leave them alone, in peace.

Do you think it’s better to mislead the public in the interest of the ‘greater good’? If you generate interest in these species, and work to save them, do the ends justify the means?

Are the benefits from a film so big, so palpable, that committing a minor ethical violation is justified? I think sometimes they are. My wife was upset when she found I faked sounds of grizzly bears walking through a river. She asked, how did you get the sound of water dripping off its paws? We put water in a bowl and splashed it. We never approached the bears and filmed from a distance, but the audience was slightly deceived. She considered that cheating; it was a scientific documentary, and we had falsified sounds — I believe that this is acceptable.

In conservation, ‘charismatic species’ like giant pandas tend to get all the funding, because they have a better appeal to the public. Does wildlife filmmaking follow a similar pattern?

It does, and it’s terrible. Everyone films pandas, wolves and sharks, but who is working on the uncharismatic species that matter so much to ecology and ecosystems? We have a responsibility to devote more time to unsexy animals that are so important to the health of our world. It’s shocking that we don’t do more — but we need to. We need to be more creative to make interesting films.

But you suggest a solution. What is the future of wildlife filmmaking? How can the industry be reformed to better serve the planet and the public?

Big organizations ultimately decide what goes on the air, of course it’s influenced by public, but they make the final call — they have to have higher standards. They must say, ‘We will not make films that exaggerate or demonize animals like sharks; we will not make films where any animal is harassed’ — and they must make it clear to the people they hire. You have to abide by these standards, but ratings are everything so it’s a challenge. I challenge these big players to assert higher ethical standards.

Is there hope for conservation, or is the planet’s biodiversity doomed?

I’m very pessimistic. I worry that the power of the ratings game is so fierce, so driving, that we will fail to produce films that are ethically made. We’ve just elected a politician who is a climate-denier and an anti-environmentalist. The need for films that educate the public about conservation has increased multifold. It should be a national priority. People like me are failing the country if we don’t do more.

This election is a disaster, a catastrophe. We, the loyal opposition, have to address this terrible threat to our country. We all have to do whatever we can to limit the damage.