A Brief History Of Social Movements In The UK 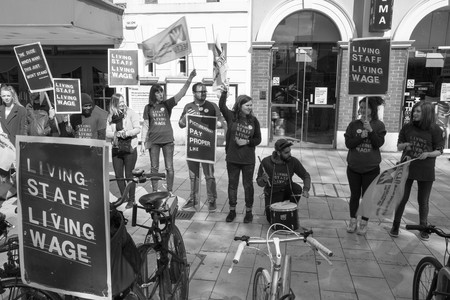 The Conservative government’s plans to abolish the Human Rights Act in the UK will majorly impact our rights to protest. However, Britain has a long history of resisting injustice. We explore a few of the major UK movements that have advanced the rights and quality of life for people living in the British Isles.

British society is historically patriarchal and Scottish, Welsh, Irish and English women have all struggled in their fight for rights for centuries. Some significant dates in this timeline of activism include the first ever performance of a play written by a woman (Aphra Behn’s The Forc’d Marriage – 1670) and the publication of Mary Wollstonecraft’s highly influential A Vindication Of The Rights Of Women in 1792.

However, most people recognise that the turning point in the fight for gender equality occurred with the long-running campaign for women’s suffrage, beginning in the mid-nineteenth century. Members of the National Union of Women’s Suffrage Societies, created in 1897, were known as the Suffragists. They aimed to secure votes for middle class, property owning women by presenting themselves as peaceful and law abiding. Before long, disagreements between moderate members and a more militant faction of the group caused a split, resulting in the creation of the Suffragettes in 1903. Led by Emmeline Pankhurst, the Suffragettes represented younger and working class women and emphasised the need for direct action with their slogan: deeds not words. Thanks to both groups (and others), by the end of World War I, women over 30 were allowed to vote and by 1928, so could women over 21. 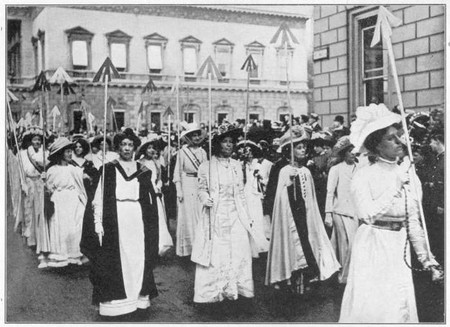 Anti-fascism sprung up in Europe during the first half of the twentieth century in opposition to the growing popularity of far-right groups. In the UK, the British Union of Fascists led by Oswald Mosley was a direct challenge to democracy. The group initially drew support from members of the Conservative party as well as rightwing newspapers, like The Daily Mail. However, their meetings were also protested by large groups, including high profile individuals such as the writer Aldous Huxley. Eventually, with the outbreak of the Second World War, the BUF was banned by the government and Mosley was arrested. In the years since, anti-fascist activism has provided a firm voice of objection against rising fascist powers. The 1960s and 70s were especially turbulent with the rise of the National Front and the backlash they faced from the Anti-Nazi League and the Socialist Worker’s Party. Today, resistance to fascism continues, notably with organisations made up of working class and ethnic minority representatives, like the London Black Revolutionaries. Their march through Brixton to protest the gentrification of the South-East London neighbourhood in 2014 was a positive demonstration of interracial and inter-class unity.

The now well-established Occupy movement has done much worldwide to combat the policy of austerity taken up by Western governments in the aftermath of the recent global banking crisis. What started out as an isolated event in New York, Occupy Wall Street, back in 2011, soon spawned similar protests, including a number in the UK, in London, Bath, Edinburgh and Glasgow. In London, supporters set up camp outside the London Stock Exchange before moving to the grounds of St Paul’s Cathedral. Here, the 2000 to 3000-strong group were evicted a few months later following legal action. Other smaller camps were also forcibly removed at later dates, one in North London and two in East London. Despite having seemingly ill-defined aims to begin with, partly explained by some supporters as a way of intentionally disassociating themselves from an unjust system, Occupy London now claims to act according to a series of ten official statements. Among others, these statements include an assertion that ‘the current system is unsustainable’ and ‘undemocratic’; that members ‘refuse to pay for the bank’s crisis’ and that the members of the movement represent a diverse range of ‘ethnicities, backgrounds, genders, generations, sexualities, dis/abilities and faiths.’ 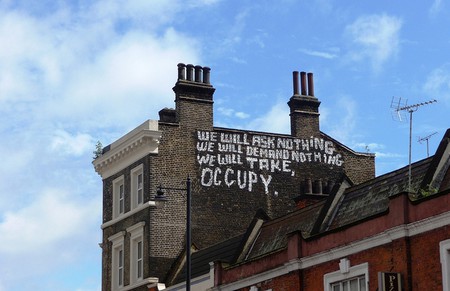 For people identifying as lesbian, gay, bisexual or transgender in the UK, the fight for equality with cisgender and heterosexual people holds a recent history and much room for advancement. Up until 1861, homosexual acts between men were punishable by the death penalty and until as recently as 1967, male homosexuality was still a criminal offence in Britain. Famously, the notoriously witty writer and public figure Oscar Wilde was sentenced to two years of penal labour as a result of such laws. More recently, the legal age of consent for gay sex was lowered from 18 to 16, in 2001, which served as another significant event in the UK timeline of gay rights. Legal recognition of same-sex relationships came with the introduction of civil partnerships in 2005 which gave gay couples many but not all of the same rights as married heterosexual couples. This was marked by the first ceremony of its kind between Christopher Cramp and his terminally ill partner, Matthew Roche who died the following day. Since then, same-sex marriage has also been legalised. The fight for transgender rights proves to be even more difficult as currently, to gain legal recognition as your true gender is a lengthy and often humiliating process.