Atmospheric Medieval Cities in Britain Every History Buff Will Love 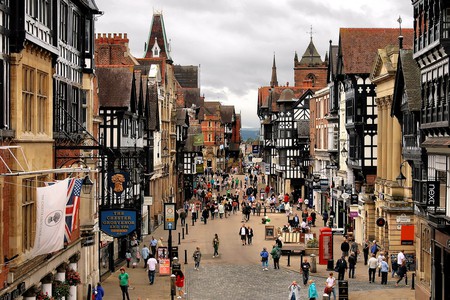 From the Roman invasion to the Georgian era, Britain has a long and bloody history of invasion, occupation and conquest. This is reflected in its historical architecture, such as the medieval cities that are still present throughout the country today. These towns are often overlooked by tourists, but they offer a fascinating reflection of the rise and fall of medieval Britain and the cast of knights, kings and queens which populated it. We take a look at eight of the best. 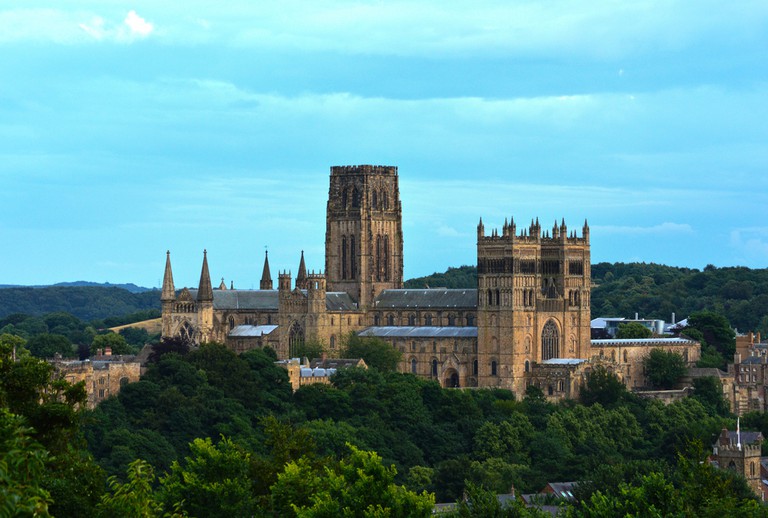 Durham Cathedral | © Gareth Milner/Flickr
Durham is very much a university town, but if the hordes of milling students don’t put you off then the beauty of the buildings is well worth taking a look at. Durham was once an independent city state ruled by the Prince Bishops, the last of whom died in 1832, and this heritage is evident in the city’s architecture. Durham Cathedral is almost 1000 years old and has been designated a UNESCO World Heritage site – it is also the place where a good deal of the Harry Potter films were shot, so any Potterheads will be in heaven. The city itself is almost as ancient, comprising the Bailey around the cathedral and castle, whose cobbled, picturesque streets are just the thing for a summer stroll.
Open In Google Maps
Durham, United Kingdom
Give us feedback 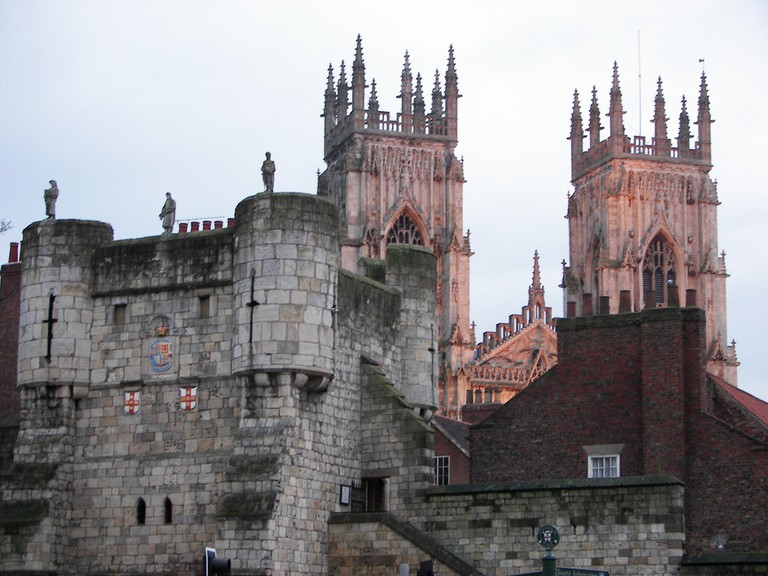 York | © fourthandfifteen/Flickr
York is one of the most beautiful cities in Britain and is well deserving of its place on this list. It has been occupied by everyone from the Romans to the Vikings, and was the capital city of both Northumbria and Jorvik. This shows in the city’s distinctive architecture and overabundance of chilling ghost stories which surround the city. The most famous street is the distinctive Shambles, once the home of York’s many butchers (the marks of their trade can still be seen in the hooks hanging outside many of the shop doors), but the fantastic York Minster deserves a mention too. Home of the Archbishop of York, its Great East Window comprises the largest expanse of medieval stained glass in the world.
Open In Google Maps
York, United Kingdom
Give us feedback 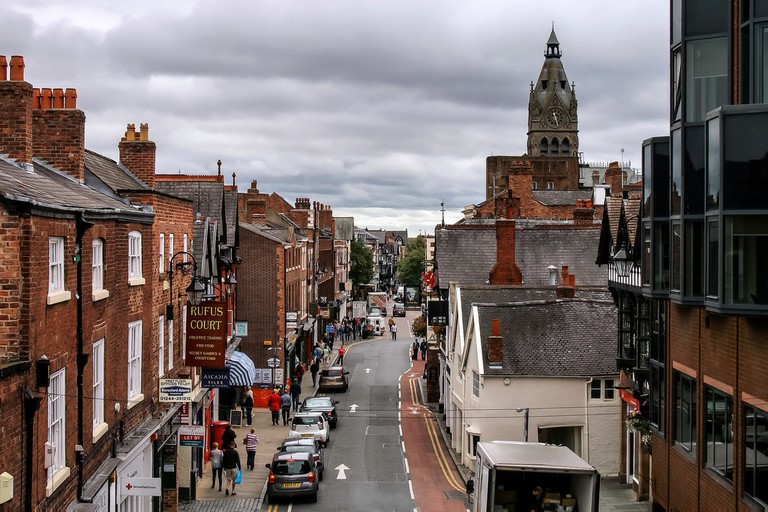 Chester | © Jorge Franganillo/Flickr
Famous throughout Britain primarily for its zoo, Chester is a medieval town whose Roman origins are clearly visible in the city walls and amphitheatre that remain today. The city is steeped in history, founded as it was as a Roman fort 2000 years ago, and The Rows is the only medieval two-tiered shopping walkway in the world. The distinctive red stone colour of the walls adds character to this city, which already has plenty: there is a designated town crier, and, incredibly, it is still legal to shoot a Welshman from the walls with a bow and arrow after dark (it’s not just American states that retain bizarre archaic laws).
Open In Google Maps
Chester, United Kingdom
Give us feedback

Situated on the river Teme, Ludlow played a large role during the Wars of the Roses. With over 400 listed buildings, the city is beautiful, and the (now ruined) castle is the site of several fairs and festivals every year. The Feathers Hotel is also the place where the idea of a ‘Hustings’ first originated: politicians stood on the ‘hustings’ balcony of the hotel before an election and attempted to convince the populace to vote for them. A stroll through the city itself, however, is also well worth a look – it contains many traditional shops such as ironmongers and locksmiths that hark back to the early 1900s.

Named after the Old English word for the ancient settlement known as ‘Venta Bulgarum’, Winchester sits at the end of a Roman road called Clarendon Way in Hampshire. The ‘Wintonians’ have more to be proud of than the annual ‘Hat Fair’ that takes place every summer and the painted bollards that decorate the roads around the city. During the Saxon times, Winchester was actually the capital of Wessex under Alfred the Great. In addition, the 1000 year old Great Hall—all that remains of Winchester castle—is the resting place of what was allegedly King Arthur’s Round Table, which has been dated to 1275 AD. 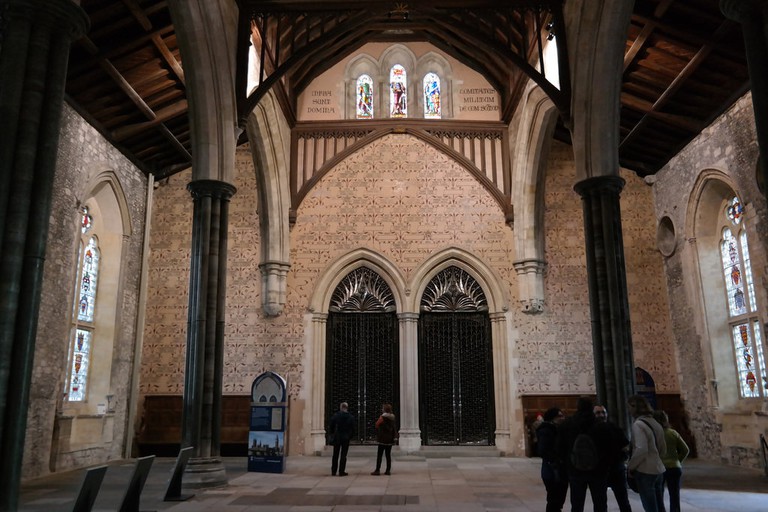 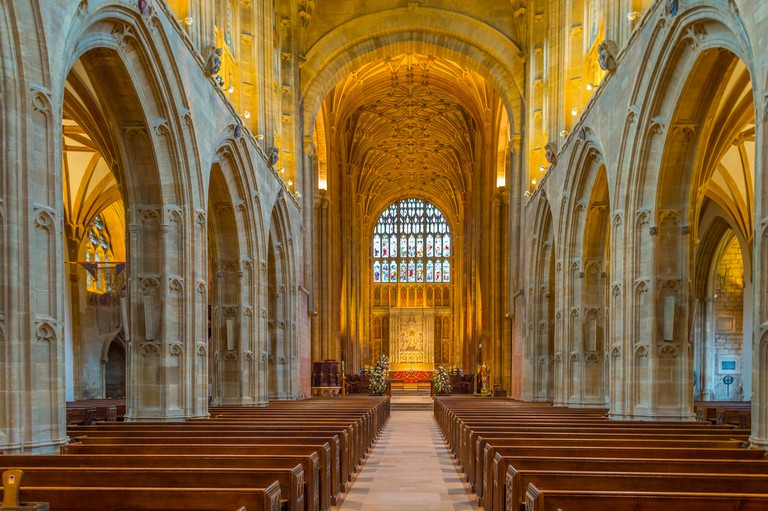 Sherborne Abbey | © Jack Pease/Flickr
Often overlooked by tourists, Sherborne is nevertheless a beautiful town. Coming from the Saxon words ‘scir burne’, meaning ‘clear stream’, the town contains many historic relics including two castles, a manor house and a 16th century mansion built by Sir Walter Raleigh in 1594, which was used by commandos in preparation for the D-Day Landings in World War Two. The church, Sherborne Abbey, has been by turns a Saxon Cathedral, a Benedictine Abbey and a parish church, where several Kings of Wessex were crowned. If after all that, you still have time, there’s always the Sherborne Steam and Waterwheel Centre to visit.
Open In Google Maps
Sherbourne, United Kingdom
Give us feedback 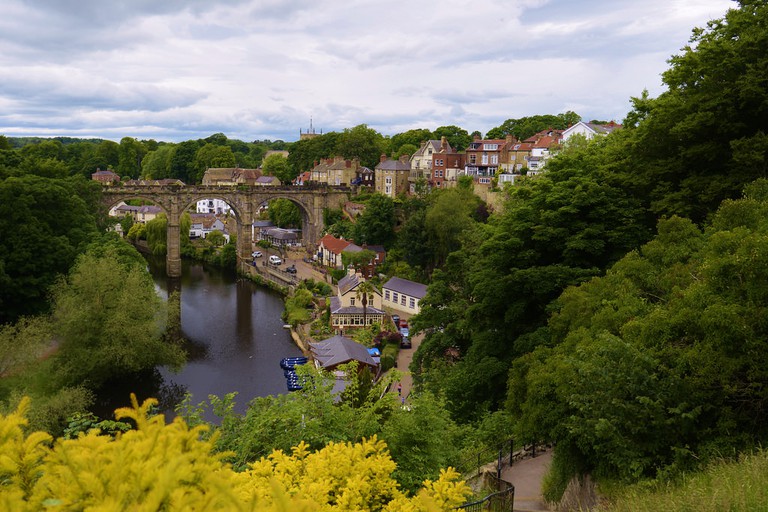 Knaresborough | © Richard/Flickr
Knaresborough is perched on a rocky crag above the River Nidd, offering some great views to this already picturesque town. Smaller and more low-key than places like York and Chester, Knaresborough nevertheless is endearingly quirky. Mentioned in the Domesday Book as Chenaresburg, the town is overlooked by the ruins of Knaresborough castle, built in 1100 by a Norman baron. Some parts of the town date back to Anglo-Saxon times, and are well worth a look, such as the Petrifying Well, which is reputed to turn water into stone, and Mother Shipton’s Cave, allegedly the birthplace of a prophetess.
Open In Google Maps
Knaresborough, United Kingdom
Give us feedback

Established in the 12th century and an obvious source of inspiration for JK Rowling’s Hogwarts, Oxford is justly famous throughout the world, both as one of the best universities on the planet and as a beautiful medieval city. Called the ‘city of dreaming spires’ by the poet Matthew Arnold, this epithet is justly deserved: from Christchurch College to Carfax, whose tower is the oldest part of the city, the city has played host for everyone from Wordsworth to Richard Dawkins. Oxford is well worth a visit, from the pristine lawns of the college (stray onto them at your peril) to soaking up the historic atmosphere of the Eagle and Child pub, where JRR Tolkein and CS Lewis used to meet. 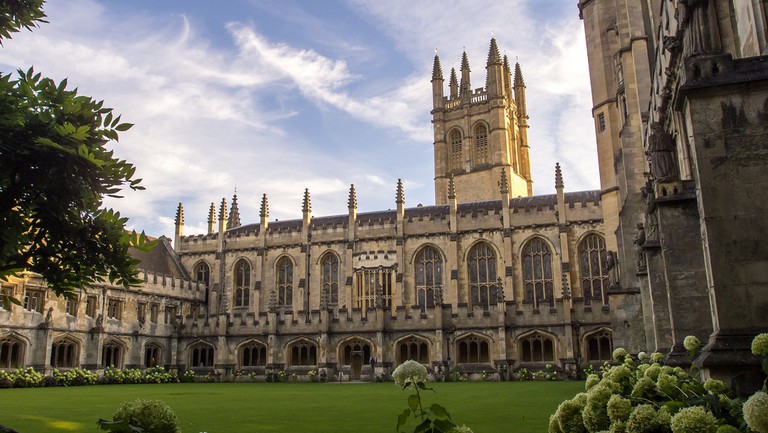