7 Must-See Films Of Famous Actors Before They Were Famous

Ever wondered where some of your favourite actors began in the industry? Hidden among the big Hollywood blockbusters and Oscar winners, there are always a few gems that don’t get talked about so much. But before Ryan Gosling won over the female population with The Notebook and Heath Ledger stunned the world with the Joker, they were showcasing their talent and skills in these lesser-known but absolute must-see films. 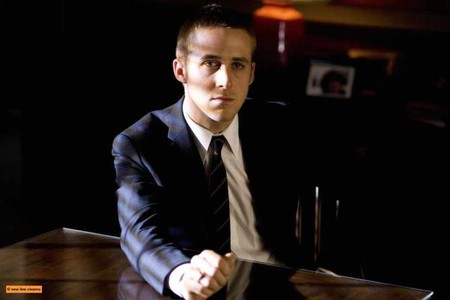 This 2001 independent film is based on the true story of Jewish neo-Nazi Daniel Balint. Gosling was involved in television and film from a young age, but this was one of his early films as he was moving into mainstream cinema. It was released not long after Remember the Titans and details the psychological and emotional struggle of a young Jewish man who is open and active in his hatred of his own people. It’s not a light-hearted film, but definitely worth seeing for what was to become Gosling’s trademark intense embodiment of character and his gripping portrayal of this unbelievably real person.

This is not one of Moore’s very first films; it was released in 1995, almost ten years after Moore had been working in the industry. But it was before she had a big break in film and is a lesser-known movie about a relatively unremarkable housewife who develops multiple chemical sensitivity. A polite and restrained woman, Moore’s portrayal of Carol White is an indication of what she has continued to show in later films; the quiet exterior hiding great emotional depth in the simplest of looks and gestures. It was passed around film festivals, and Moore was nominated for Best Female Lead at the 1996 Independent Spirit Awards.

This independent film from 2000 swept the film festival circuit, winning countless awards — it was the debut role for Rodriguez and also director Karyn Kusama. Rodriguez plays Diana Guzman, a young woman with anger issues who turns to boxing to find a release in her dissatisfying life. Fighting against the odds, the film depicts her struggle to train to be a boxer and be taken seriously in the field. Rodriguez gives a raw and gritty performance as the ambitious fighter, a ‘tough chick’ role she would reprise in lesser films. Sadly, Rodriguez seemed to peak with her debut role, but it’s definitely one not to be missed.

Will Ferrell — A Night at the Roxbury

This is not an unknown movie, but it certainly was never as big as Ferrell’s later films. A Night at the Roxbury was released in 1998 and was one of Ferrell’s first starring roles. The movie stars Saturday Night Live colleague Chris Kattan alongside Ferrell as they play two clueless brothers determined to make it big in the ‘club’ scene of the 1990s, or at least get into the premier club, the Roxbury. The film was actually based on a recurring sketch from the SNL. A side-splitting comedy, the humour between the two and in their individual characteristics is perfectly set among the terribly tacky backdrop of the L.A. club scene in the 90s. It highlights Ferrell’s potential for outrageous physical comedy and signals the big things to come as his career developed.

The sultry French actor found his break in this cult classic. Released in 1995, La Haine follows three young French men around the streets of Paris the day after a violent riot. Vincent Cassel has since become a star of European cinema, finding roles in mainstream and arthouse films all over the world. La Haine, written and directed by Mathieu Kassovitz, is superbly made and a must-see not just for Cassel’s performance, but its gritty portrayal of urban life in Paris.

Two Hands was released in 1999, the same year as 10 Things I Hate About You, Ledger’s highly popular breakthrough role. Two Hands is a small Australian film, and Ledger plays the starring role, Jimmy, who gets caught up in the local underworld and ends up in debt to local thug Pando (Bryan Brown). It is a very sharply written film, full of Australia’s unique brand of black humour. It showcases Ledger’s likeability and natural presence on-screen, something he would carry with him in all his roles throughout his career.

Heavenly Creatures is fairly well-known film but received scattered attention when it was released in 1994. Having limited box office success, it still became a critically acclaimed film and was even nominated for an Oscar (Best Screenplay). It was Winslet’s breakthrough role into film, where she plays Juliet Hulme. The movie is set in New Zealand and based on the Parker-Hulme murder case; the true story of two young girls who form an intense bond with one another which becomes sinister when they end up murdering Parker’s mother. Written by Peter Jackson and Fran Walsh, and directed by Jackson also, the film evokes the wonder of the fantastical world the girls live in as well as the fateful and sad consequences of their disturbed, young minds.