7 Beautiful Stops In County Durham: From The Moors To The Coast

Outsiders often don’t know what to make of County Durham, England. Rural and industrial, historical home to prince bishops and generations of coal miners, this enigmatic county stretches from the Pennines to the North Sea. It shares the natural beauty of better-known northern tourist spots. Yet it possesses an outstanding cathedral, and also the bleaker kind of beauty stemming from its more recent gritty history – the pit villages and the industrial coast. 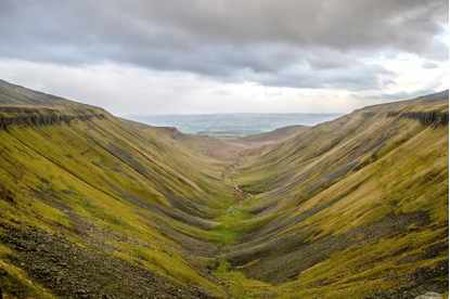 The highest point in County Durham lies on the far west side, on the border of Cumbria. Here, Mickle Fell rises to 788 meters. On the moor is the astonishing natural formation of High Cup Nick, where the land shears apart into a deep glacial valley, smooth as a half-pipe. Below, a trickle of a stream carves its way towards the Vale of Eden and the Lake District Hills. On a fine day it is a serene view, living up to W. H. Auden’s description as ‘one of the most holy places on earth.’ Yet go on a blustery day and the valley is menacing, as if it would draw you down with the next gust of wind. 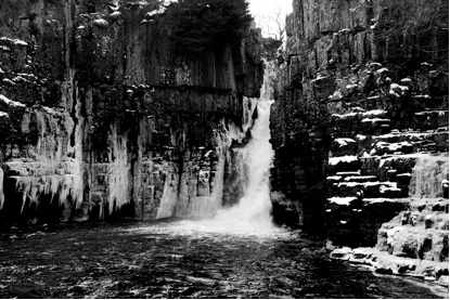 Northeast of High Cup Nick, on the River Tees, is High Force, one of the highest and most impressive waterfalls in England. Upriver, the Tees flows along smooth and unsuspecting, until it reaches the 29 meter drop and leaps down into the dark gorge. Geologists tell how this is what the river has been doing for 295 million years; the falls eat away at the rock, and step-by-step retreat upstream. High Force does attract a fair few visitors, so dare to come off-season, over a crisp winter, and be witness to the icicle falls, which transform the place into a fortress fit for the White Witch. On a hot summer’s day, avoid the crowds and walk a mile or so downstream to Low Force, a less thundering fall, with a set of calm drops and pools. A wild swim in the peaty water fresh off the moors is an amazing experience. 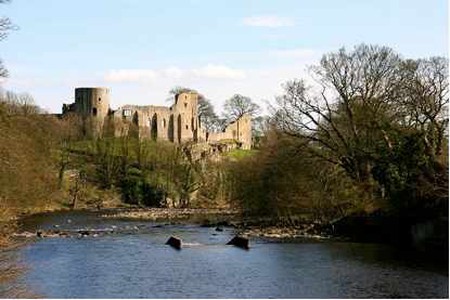 Barnard Castle from across the River Tees | © Robert Scarth/WikiCommons

Just off the route from High Force to Durham is the pretty market town of Barnard Castle. The town gets its name from Bernard de Balliol, the 12th century founder of the impressive castle. It fell into disuse after the 14th century and was even further dismantled to restore neighboring Raby Castle, but its dilapidation makes it all the more romantic. The castle stands high above the River Tees, but approach the town from the other side and it is almost hidden. What you see instead is a fine 18th and 19th century market town, the wide thoroughfare of the central street leading to the charming stone octagon of the Market Cross. Market Day is Wednesday. Just outside the town, Bowes Museum, which belonged to the Queen Mother’s family, is an incongruous building, in the style of a French chateau. It has a grand collection, including Sèvres porcelain and Canalettos. The most curious attraction is a life-size silver mechanical swan that catches a fish at 2 P.M. every afternoon. 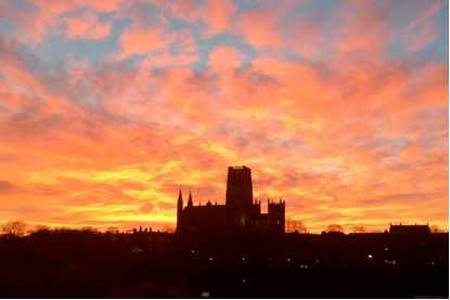 Dominating the city, on top of the hill with the River Wear meandering below it, is Durham Cathedral. With its strategic position you cannot quite be clear whether it functioned as a statement of power or religion, echoing Sir Walter Scott’s comment that it was ‘half church of God, half castle against the Scot’. Yet its dominance means that wherever you go in the city you gain never-ending views of the Norman building. It can be seen from all northern-bound trains, looming over the city and giving it a certain fairytale romance. Inside, the cathedral is incredibly beautiful, with fantastically sturdy and individually decorated columns, the huge rose window at the eastern end, and the marvelous Gothic cloisters where Harry Potter was filmed. The central tower is 66 meters high, 325 steps up, offering breathtaking views of Durham and beyond. Though Durham students beware: superstition prevails that a student at the city’s ancient university can only climb the tower once graduated. 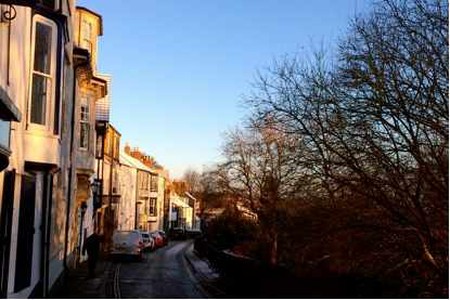 Any trip to Durham should include a circular walk around the town, passing back along South Street. In his architectural guide, Pevsner calls this street ‘one of the best in Durham.’ The houses of the city’s worthies stand high above the River Wear. The steep, cobbled street has such an old-fashioned beauty, it’s no wonder it was used in the set of Inspector George Gently. But it’s the view that makes the street so special: a unique one across to the west front of the cathedral rising sheer from Castle Rock. 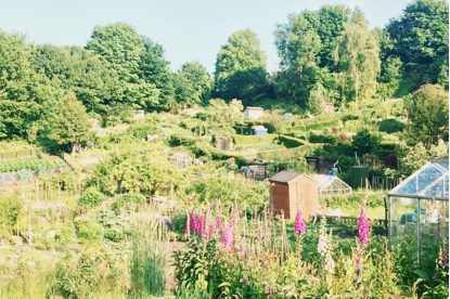 In the heart of Durham lie the lush allotments, in a dip behind South Street and the Viaduct. These take you back to the 1950s and before, when the terraced streets behind, that are now full of students, were working-class back-to-backs. Here you can nose about the veggie patches like Peter Rabbit. Or take a quiet moment and sit in the central communal square with its friendly benches and read a book. Come on a weekend, and observe the gardeners at work, in deep competition with their neighbors, tending their marrows – or maybe having a chat about how the frost is killing their cabbages. 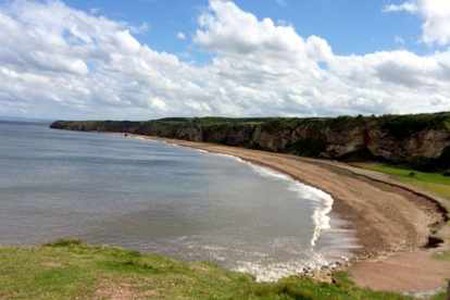 The atmosphere changes quite a bit as you get to the coast. You enter mining country, towns and villages like those in Billy Elliot, with identical terraced streets so utilitarian they sometimes have numbers instead of names. Yet, these too have their charm. For instance, Seaham, with its picturesque lighthouse and large, empty harbor – where there’s no coal now to ship. It’s a good place for some nostalgic fish and chips.Though the town still suffers from the mining aftermath, the coast has been transformed. After a ten-year clean up operation the sea, once blackened by mining waste, is blue once more, at least on those days when the sun shines. In the north such days can be rare, but a walk along the beaches in any weather is exhilarating. Often the greyer it is, the more atmospheric it becomes. Waves beat against the lighthouse. The smoke from industrial Sunderland blends into the looming clouds. This is the grittier, harsher beauty of the north. Imagine only 40 years ago the miners at work, tapping a couple of hundred feet under the sea, and look out for what they left behind – the openings to old mine shafts cut into the cliffs.