5 Reasons Why 'Spider-Man: Homecoming' Is the Best Film of the Summer

Here’s a surprise, one of the films we were least looking forward to this summer has actually turned out to be the best blockbuster of 2017 so far. Sony’s union with Marvel on a reworking of Spider-Man is a joyous romp full of thrills and spills, and no short measure of crowd-pleasing moments. Here are five reasons why you need to see Spider-Man: Homecoming as soon as possible. 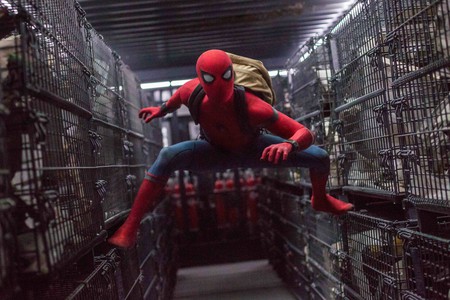 We’ve already seen young British actor Tom Holland take on the role of Peter Parker and Spider-Man in Captain America: Civil War, and that debut should have put our minds to rest. There was, however, still a nagging doubt that Holland – who has only just turned 21 – was perhaps too immature to pull off a standalone film. 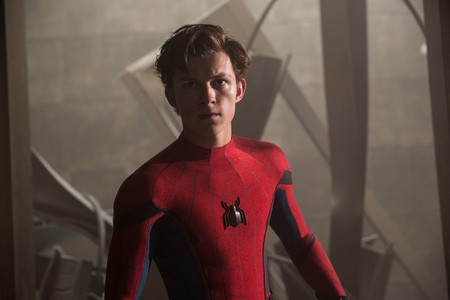 Thankfully, from the very opening moments, we get a sense of what makes Peter tick. It’s a wonderfully judged turn from the star, who has previously appeared in the likes of In the Heart of the Sea (2015) and The Impossible (2012). We finally have an almost age appropriate high-school kid playing the part and someone who we know will be around for a while. We also see Holland grow into the character thanks to some superb moments of real emotion. Hard as it may seem, you will very quickly forget the Tobey Maguire/Andrew Garfield films of recent years.

Michael Keaton as the Vulture

Although Marvel is miles ahead in its ongoing battle with DC for comicbook movie supremacy, a constant complaint has been over the quality of the villains. Thor, Captain America and even Iron Man have faced off against a series of forgettable bad guys, most of whom lack any real motivation. 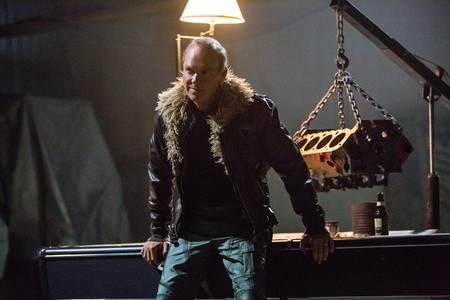 Keaton, who has of course played Batman earlier in his career, brings real empathy and depth to the villain here. The Vulture has clear, identifiable motives. He’s not evil at all, in the traditional sense. The typical escalation in violence and descent into madness that has become a tedious cliche in the genre is completely avoided, and instead we get a full-rounded individual… albeit with a number of unremarkable henchmen in tow.

Early reviews have described the essence of John Hughes running through Homecoming, and they aren’t wrong. We get a nod to Ferris Bueller’s Day Off and plenty of 80’s music too, but there is more to it than a nostalgia-filled throwback. 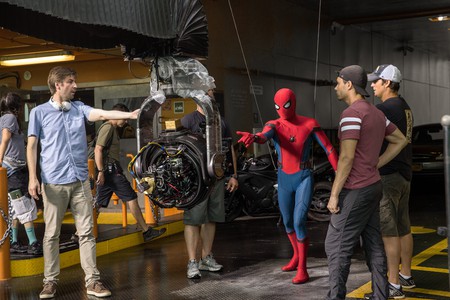 Director Jon Watts with cast and crew on the set of Columbia Pictures' SPIDER-MAN: HOMECOMING.

Director Jon Watts might not have a large CV to call on, having only made two smaller films before (Clown in 2010 and Cop Car in 2015), but it’s that freshness that harks back to movies of the past. The scenes with Peter and his young friends trying to find their place at high school compliment the struggles of Spider-Man struggling to fit in into the Avengers universe.

Spider-Man: Homecoming definitely fits into the Marvel Cinematic Universe (MCU). The film opens in the aftermath of one of the post-Avengers battles, with Micheal Keaton’s character using alien technology to power his devastating weaponry. We see plenty of Happy Hogan (Jon Favreau) who remains a loyal servant to Tony Stark (Robert Downey Jr.) Cutaway videos showcase Captain America (Chris Evans) doing his all-american schtick on educational videos, and there is even a surprise return for a character we thought had long left the MCU.

Spider-Man struggles to pull the ferry together in Columbia Pictures' SPIDER-MAN™: HOMECOMING.

What’s great though, and what elevates the finished film from the trailers and pre-release posters, is that this is still a Spider-Man standalone film. Yes, Iron Man turns up, but in completely understandable ways. We don’t get too much of Robert Downey Jr., and fears that his would end up being Iron Man and friends are unfounded.

The story and surprises

Don’t worry, we’re not going to spoil anything here, but the film is packed with unexpectedly neat twists and turns. There is one in particular, which has nothing to do with costumed heroes, that had our audience in raptures. Gasps turned to laughs which in turn grew into well-deserved applause.

Aunt May (Marisa Tomei) is a reinvention of the character we all know, her youthful attractiveness regularly commented on for a terrific running gag. Peter’s love interests at school are also just as likeable and sassy. His friends, and minor nemeses, are integral to the plot and function well beyond the typical side-kick/bully tropes. 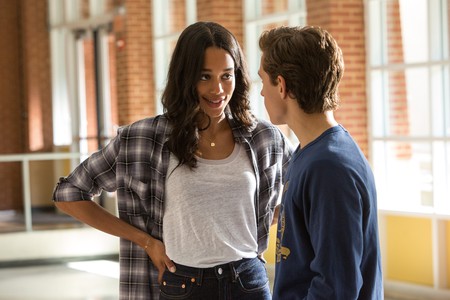 Overall, Spider-Man: Homecoming is a fantastic addition to the Marvel family. The spritely, over-enthusiastic yet ultimately lovable teenager we all wish we were. You will leave the film desperate to see Holland return in more Spider-Man adventures and in every Avengers adventure too.

Spider-Man: Homecoming is released in the UK on July 5.