Once again boffins at Gizmodo UK have crunched the numbers and collated data through a complex series of equations based around online reviews. The films below will have much higher ratings among audiences since they’ve been released than the star ratings given by critics. Here they are in reverse order… 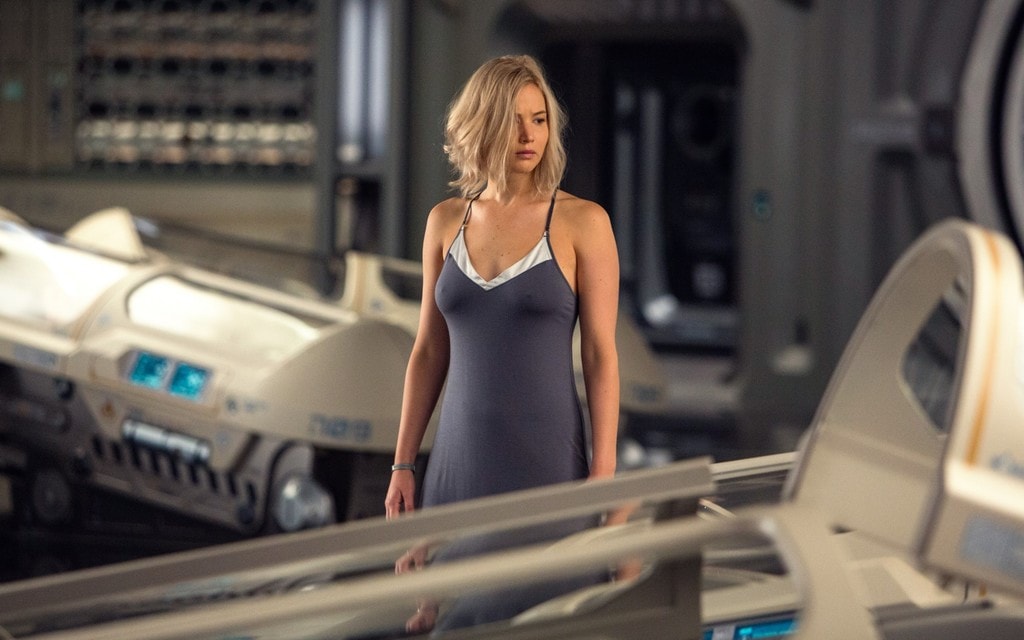 This should have been a no-brainer. Two of the the hottest young stars in Hollywood, teaming up in a sci-fi romance just in time for the awards season, but not even Jennifer Lawrence or Chris Pratt could save this one. The film looked great on screen, and the first half was entertaining, but a number of reviewers objected to the resolution of the morally dubious actions of the main character. Clearly, though, audiences didn’t mind so much and instead applauded the onscreen chemistry between the two leads. 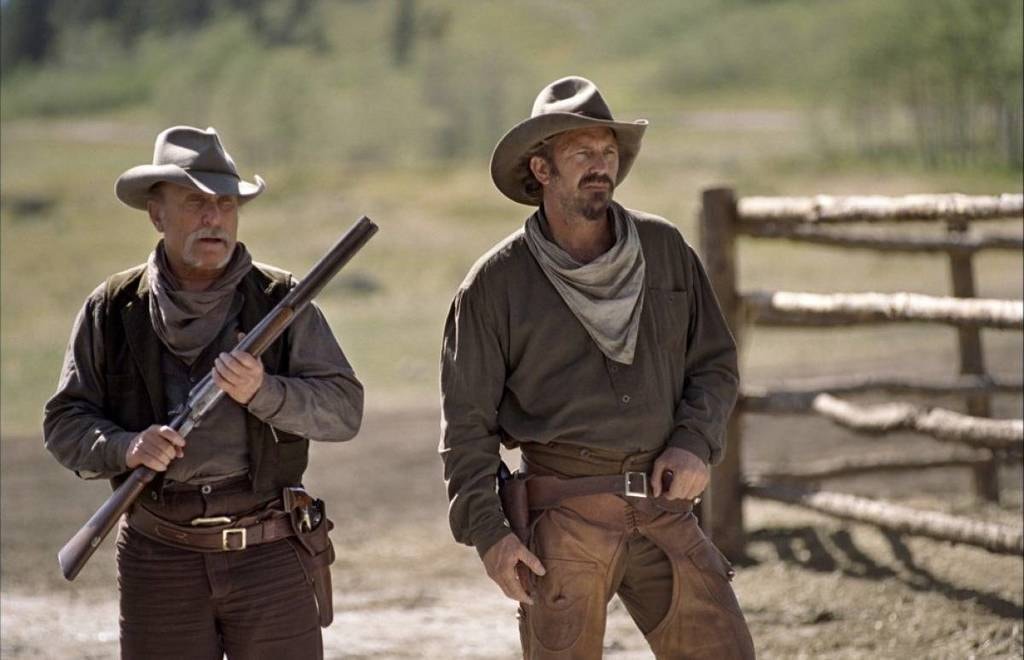 Cowboys tend to be loved by critics, and to be fair this Kevin Costner movie got decent reviews, but it’s the public who REALLY enjoy the bygone era of leather chaps and stetsons. Costner also has a ‘man of the people’ appeal that is engaging and feels very non-hollywood. With Westworld, Godless and several other films in the genre riding onto screens soon, we are in the midst of a revival. 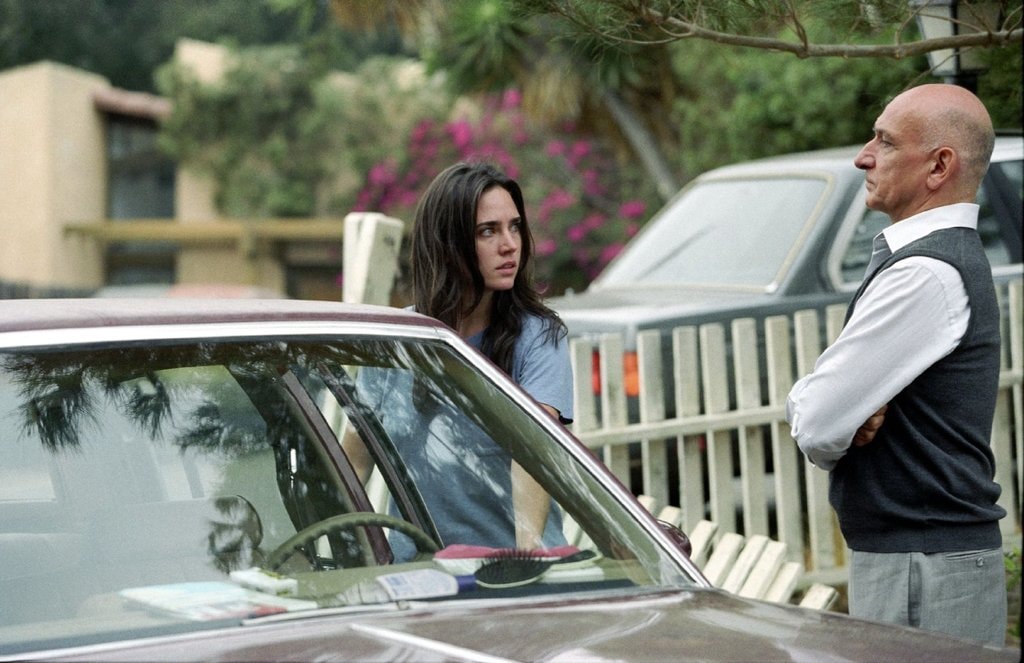 On the surface of it, this seems like the perfect film for critics to get behind. The central plot revolves around a property dispute that erupts when a woman (Jennifer Connelly) is kicked out of her home. The house is then sold at a knock down price at auction and bought by a former Iranian military general. The fight for the house rapidly escalates and the downbeat finale must have caught some people off guard. 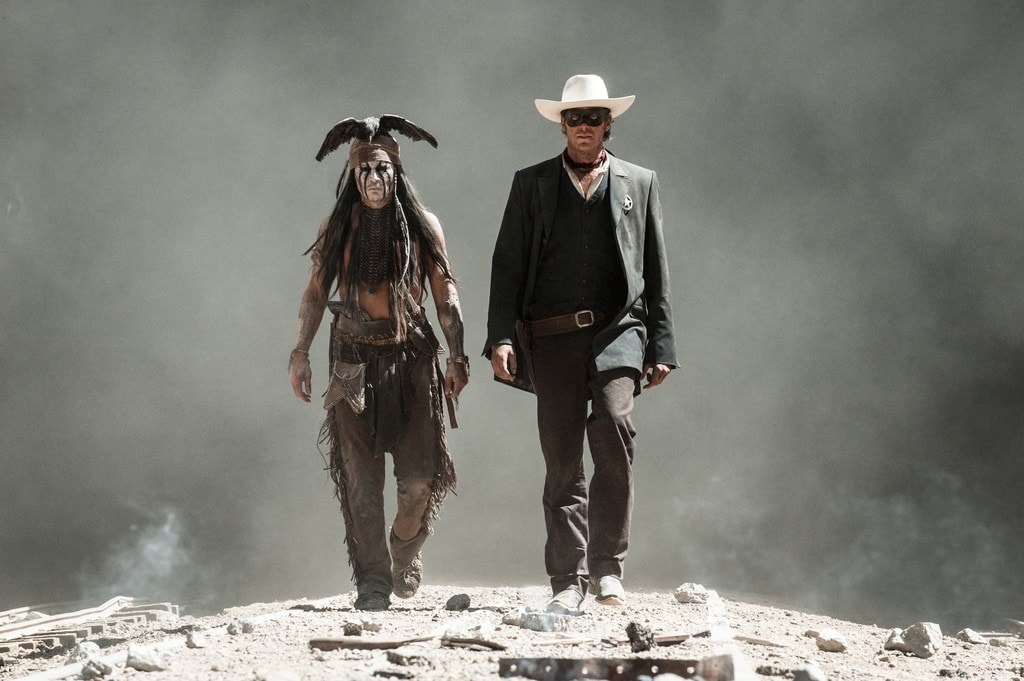 One of the biggest film flops of recent years, it seems like the small number of cinemagoers that did watch the remake of a popular TV series actually enjoyed it. One of the biggest problems with the movie was the depiction of a Native American character played by Johnny Depp in makeup. 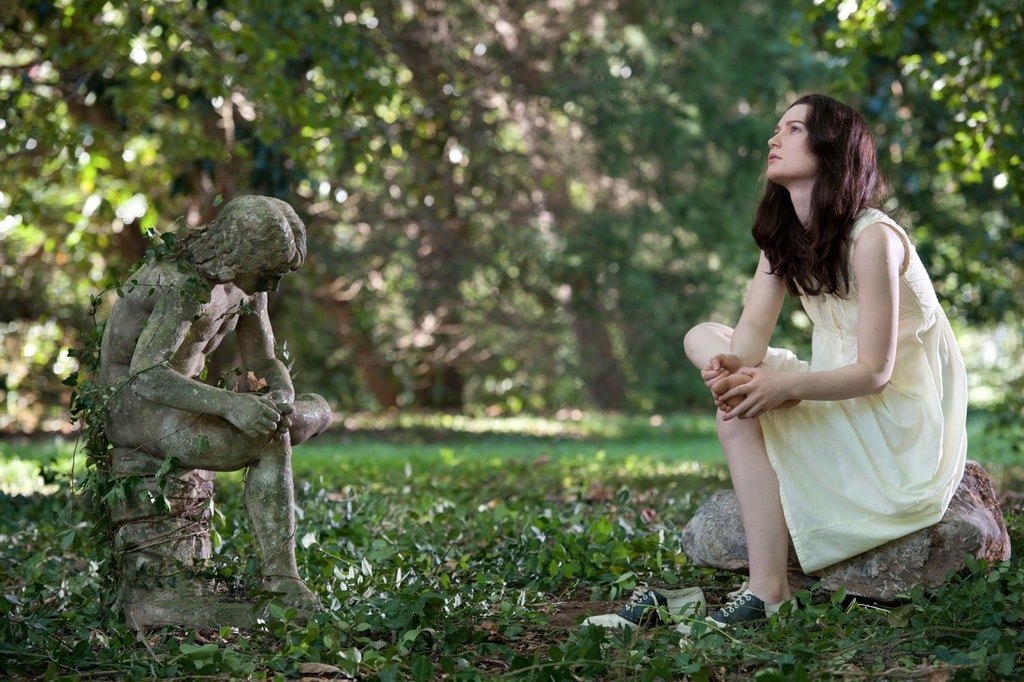 Written by former Prison Break star Wentworth Miller and directed by South Korean filmmaker Park Chan-wook, this intense psychological drama had all the pedigree but didn’t quite connect with critics. Overall the film has decent reviews, but cinemagoers were particularly enchanted by the cast (including Nicole Kidman, Matthew Goode and Mia Wasikowska). 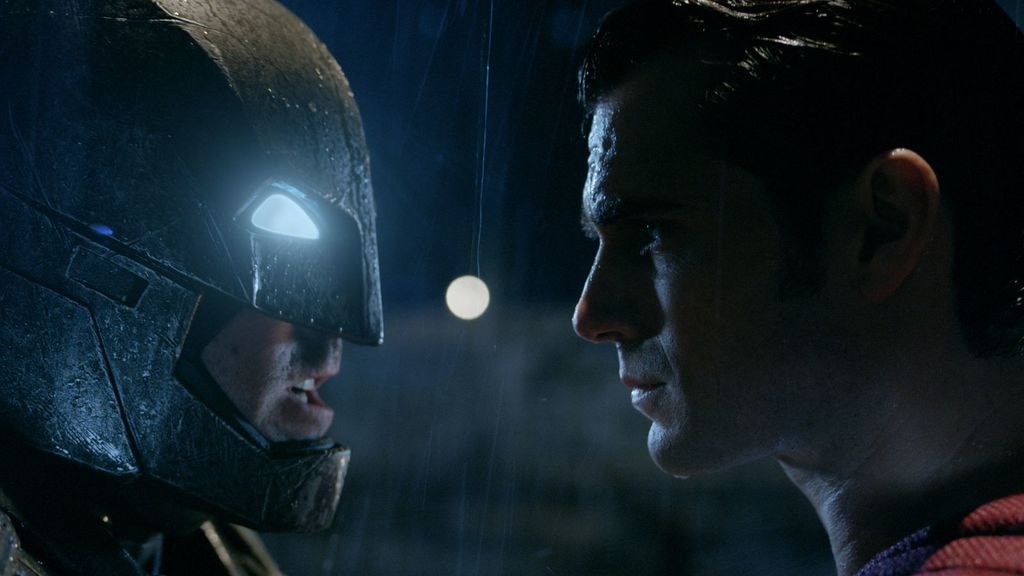 The best thing that can be said about Justice League is that it wasn’t as bad as the movie that preceeded it. The ultimate superhero team-up venture now seems like a huge waste of time. The film is a bloated, confusing mess and even the star power of Ben Affleck, Henry Cavill and Gal Gadot were not enough to rescue it.

Widely regarded as the worst Bond film of them all, Die Another Day signalled the end of Pierce Brosnan’s tenure as 007 and almost killed off the franchise too. It made money at the box office, but why punters seem to buy into the concept of invisible cars and the idea that Madonna is an actress is beyond us. 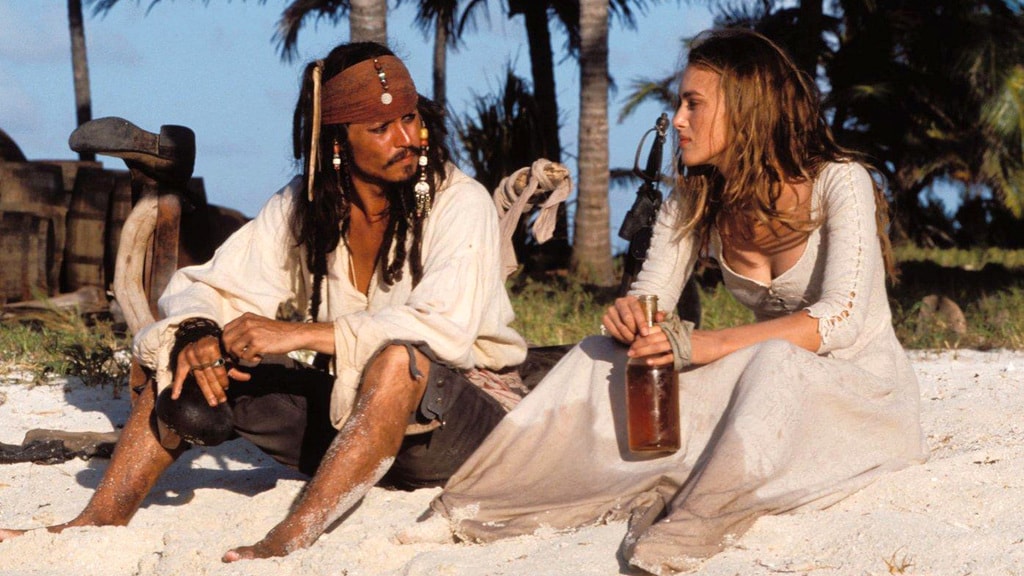 Several sequels and a billion-dollar franchise suggests cinemagoers were the first to spot how good the original Pirates of the Caribbean film was, while critics were busy dismissing it out of hand as a Disney theme park ride cash-in. Forget the inferior sequels, the first film is a superb blockbuster. 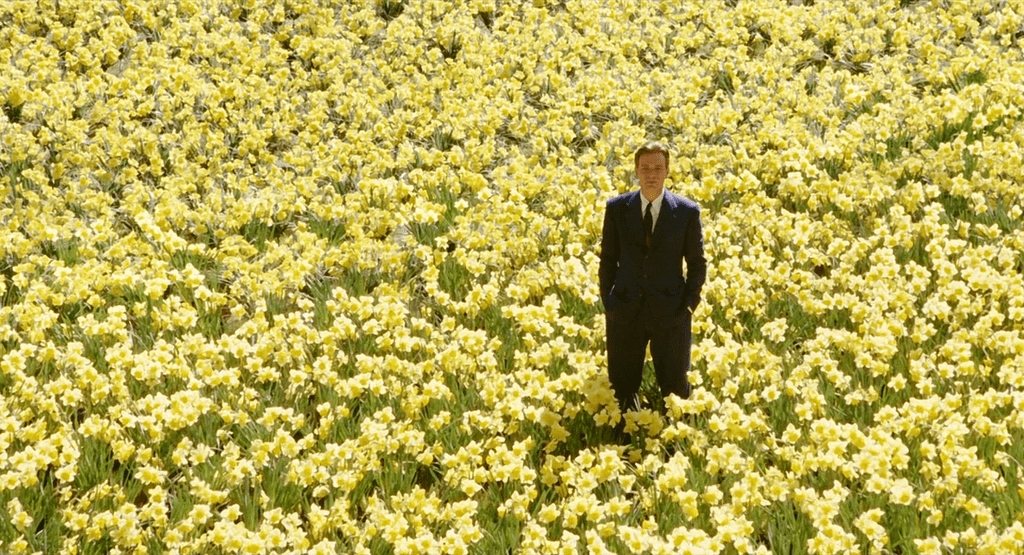 We can’t believe critics didn’t get this one… it’s arguably Tim Burton‘s best film to date. The tall tales of Edward Bloom (played by Albert Finney and in extended flashbacks by Ewan McGregor) are stunningly brought to life by the director. Big Fish is a visual masterpiece and the emotional impact of a dying father looking to connect with his son wasn’t lost on audiences. 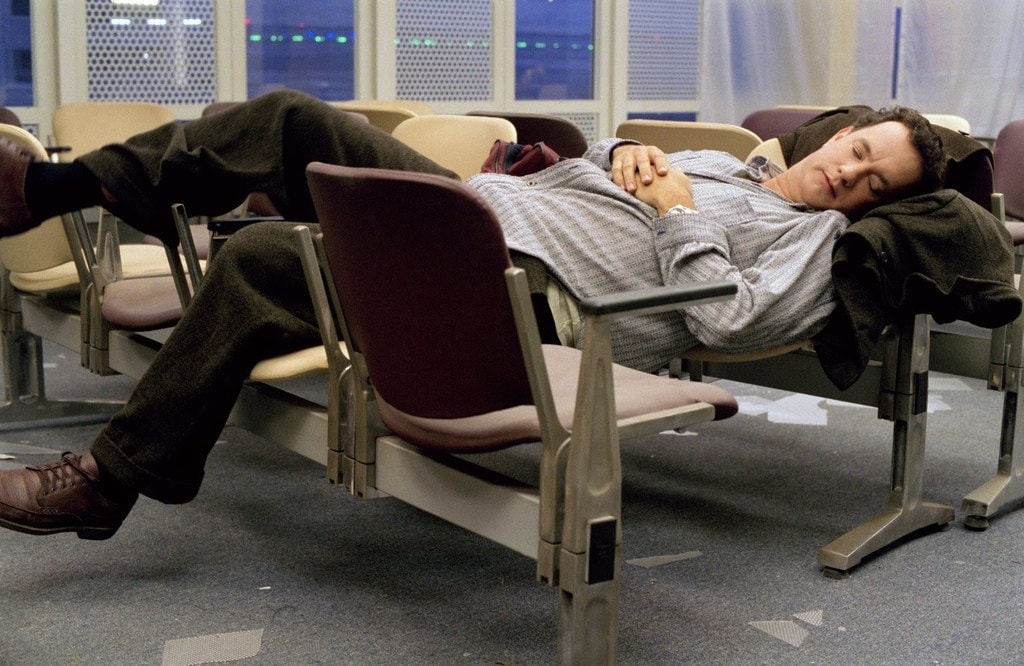 Steven Spielberg remains one of the most successful directors of all-time and in 2018 we’ll be getting two more films from the man responsible for the likes of Jaws, Indiana Jones and E.T. The hope will be that The Post and Ready Player One, the two movies that Spielberg will be releasing this year, are more memorable than The Terminal, a comedy-drama partly based on the true story of a man forced to live in an airport due to a military coup in his home country. Tom Hanks takes on the lead role, and his natural charm made it one for the fans rather than the critics.

Tom Hanks again, this time joined by a cast including Halle Berry, Hugh Grant and Ben Whishaw. Directed by The Wachowskis and Tom Tykwer, the epic science fiction adaptation of a best-selling novel covers various timelines and has actors taking on multiple roles. Perhaps it was the confusing structure that irked some critics, but avid readers of the book (and there are plenty of those) walked away happy with what they saw. 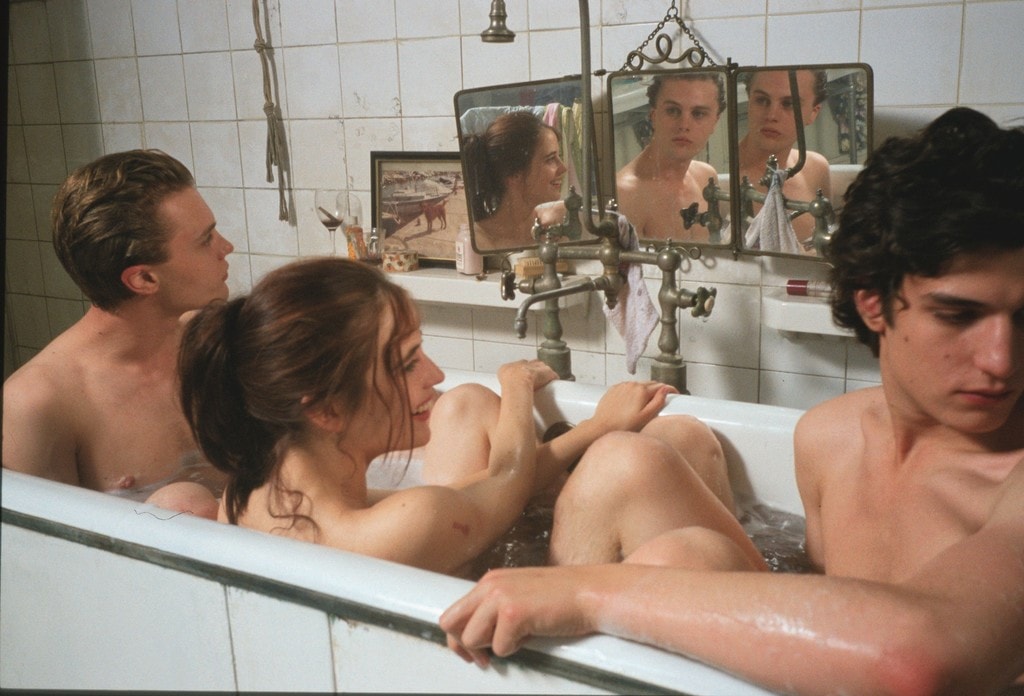 What was it about three incredibly attractive young stars, spending so much time frolicking in the nude together, that appealed to audiences? 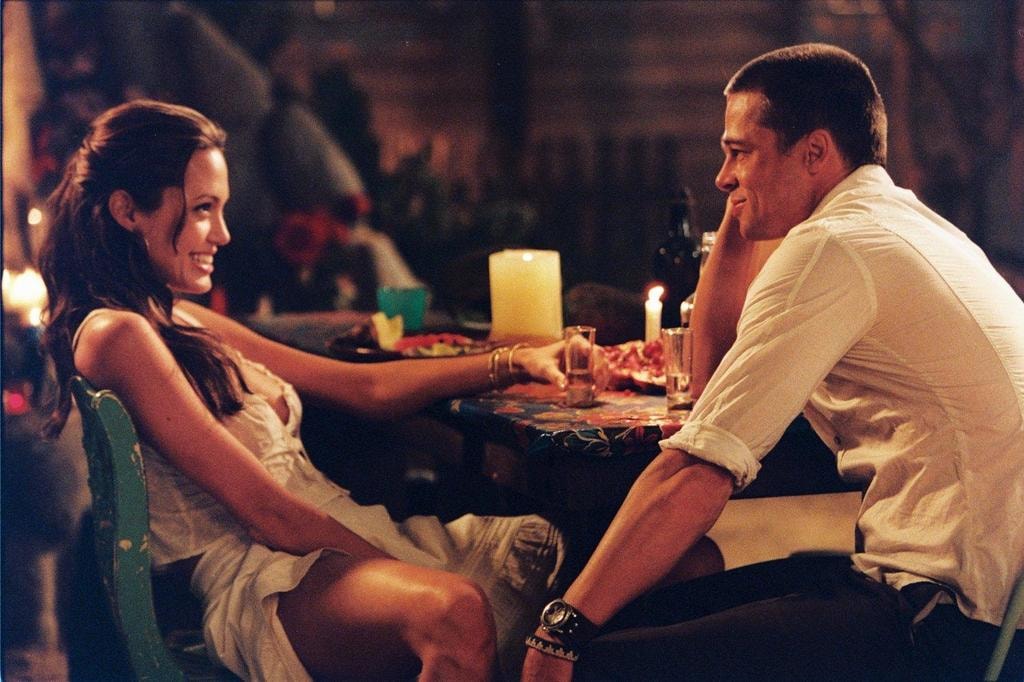 By the time this decent action comedy was released, we all already knew that the stars, Angelina Jolie and Brad Pitt, were in the midst of a controversial affair. Fans flocked to see if they could spot the onscreen chemistry (it’s there, alright), but critics were less than impressed by the plot. Not sure what Jennifer Aniston made of the movie… 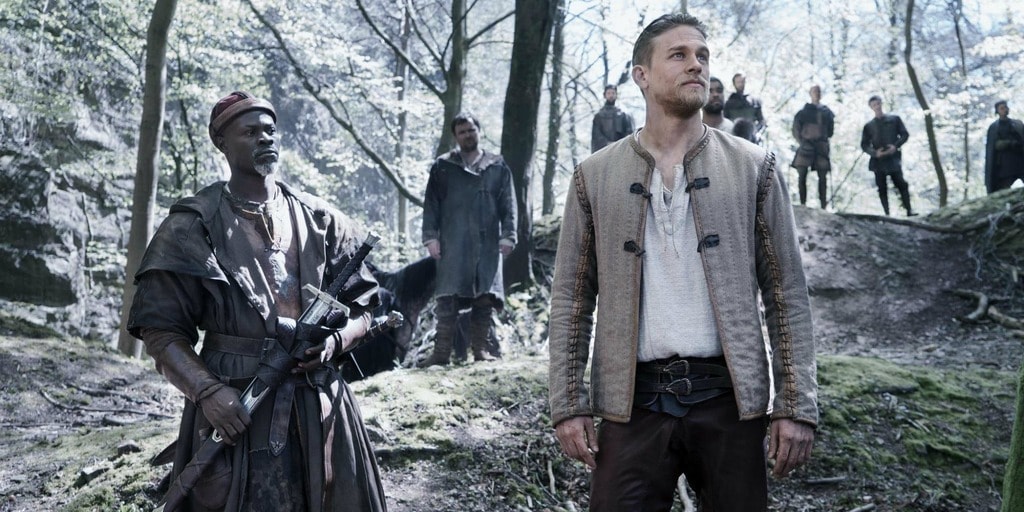 Guy Ritchie’s take on the Arthurian legend is full of the bombast the Lock Stock and Two Smoking Barrels director is famed for, but does it really work in the context of ancient England? Some of you clearly like this film, but one thing everybody agrees on is that David Beckham is awful in a cameo appearance. 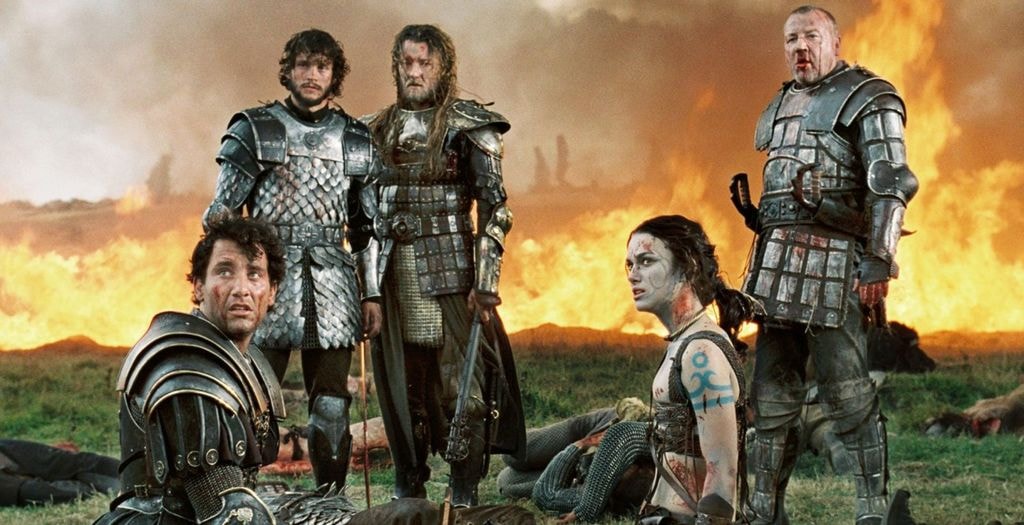 We forgot this alternative take on King Arthur even existed and had to double-check to see if it was real. It is… and it’s terrible! Or at least that’s what the critics thought. Given the previous film we mentioned also covers similar ground, perhaps critics just don’t like this particular legend?

Sometimes critics really don’t know what they are talking about, and this superb take on Homer’s Iliad, that focuses on the Trojan wars, is a prime example of that. The film still gets unfairly overlooked by professional reviewers in favour of lesser titles… did someone mention Gladiator? 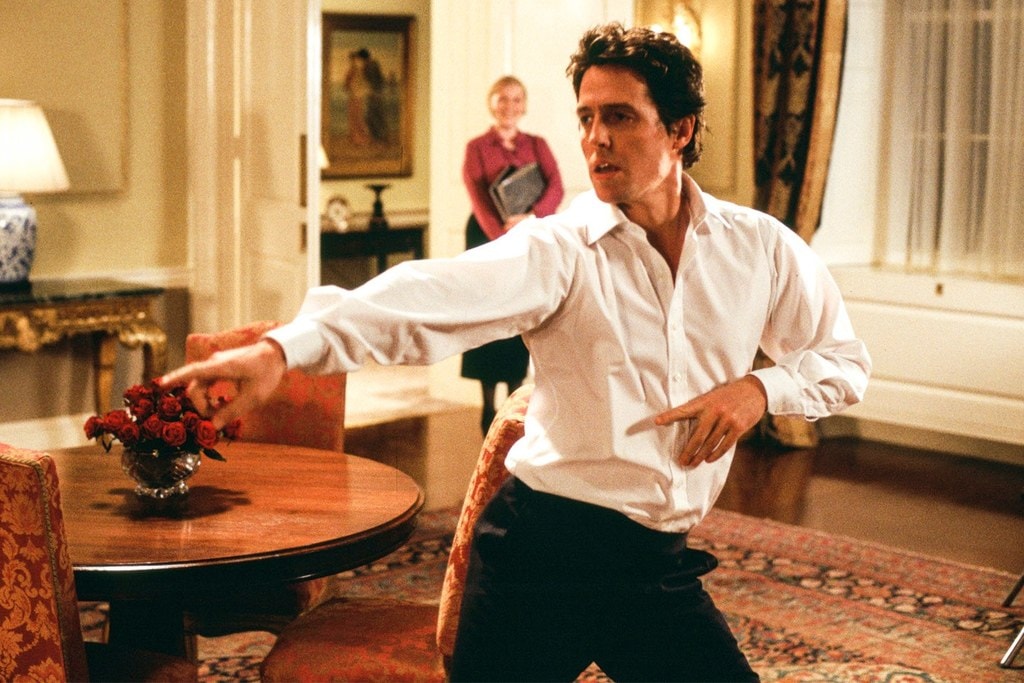 Hugh Grant takes on the role of a British Prime Minister in the seasonal favourite. For the most part, Richard Curtis’ movie is harmless enough, but some of the anthology stories are considerably weaker than others and so the overall effect is somewhat underwhelming. Modern audiences are particularly perturbed by Andrew Lincoln’s apparent doorstep stalking of Keira Knightley. 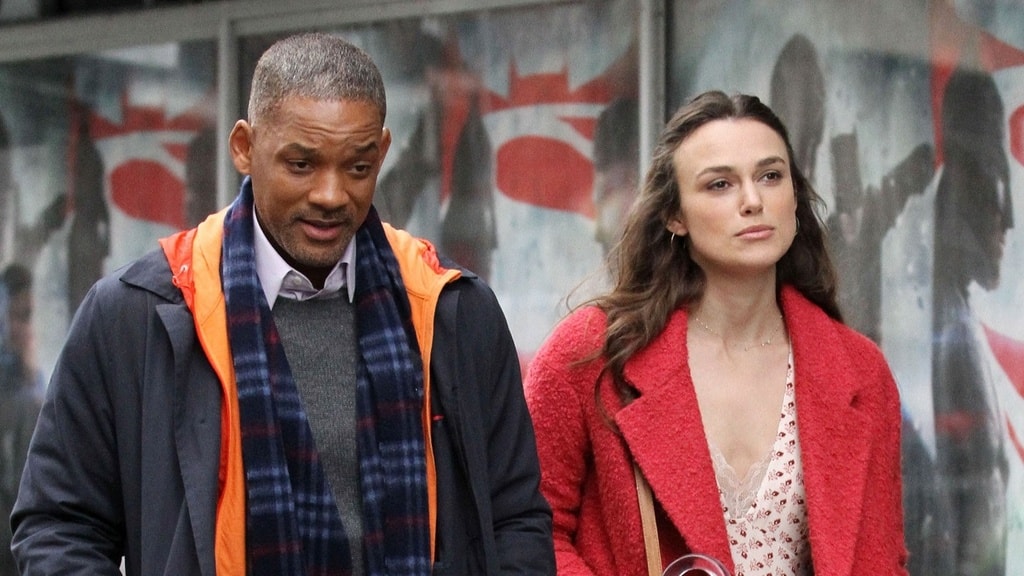 Keira Knightley again this time joined by the ever-popular Will Smith and Helen Mirren. We get the sentiment behind this well-meaning drama, but it is far too serious in its execution to be considered entertainment. You loved it though, falling for its festive charms whereas the pundits thought it to be one of the worst films of 2016.

You might also like: David Frankel on ‘Collateral Beauty’ and why we won’t get a ’Devil Wears Prada’ Sequel 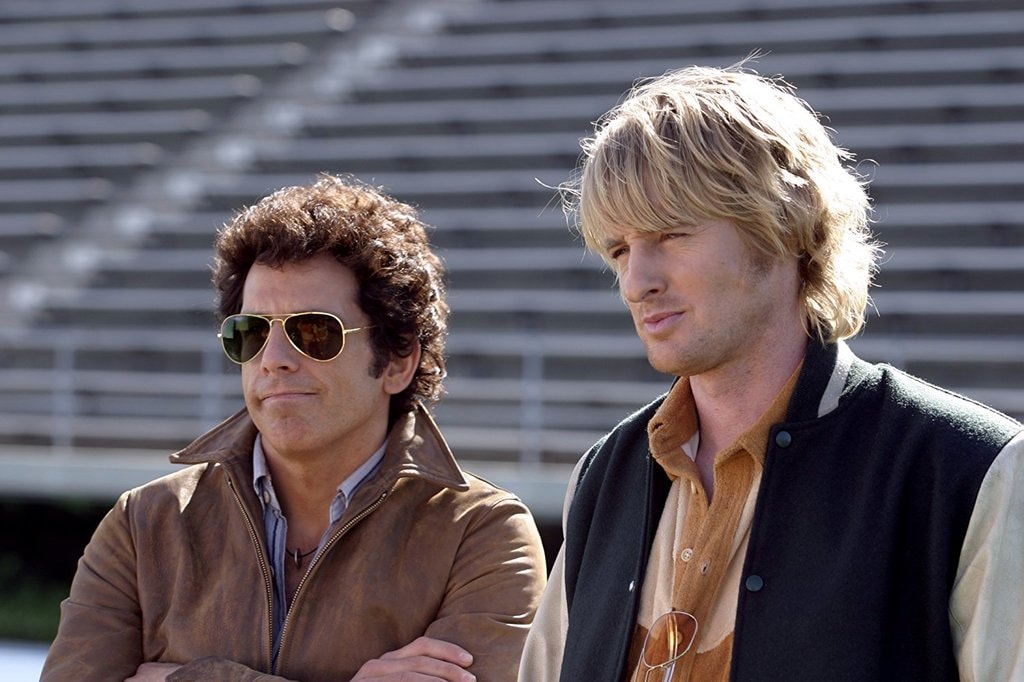 Everything you feared from a big screen adaptation of a popular, if dated, TV show is realised in this entirely unnecessary comedy starring Ben Stiller and Owen Wilson. Perhaps the people going to watch it were just too young to remember the original show with any fondness? 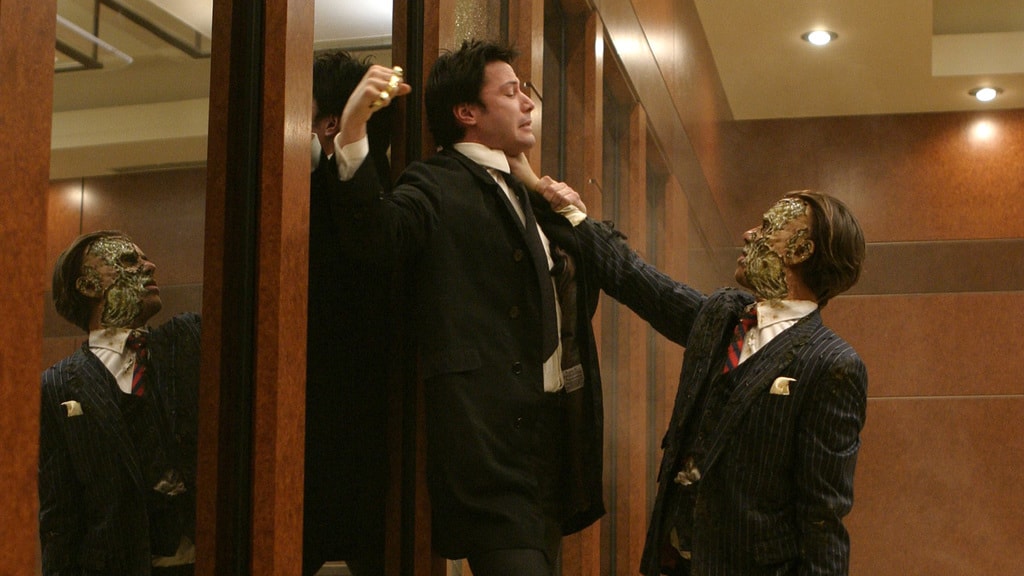 Before the recent boom in comicbook adaptations on the big screen, films like Constantine rarely made much of an impact at the box office. Critics hated these films, and this Keanu Reeves starrer was lambasted on release. We suspect that the more-mature-than-usual character of the title struck a nerve with fans though and in retrospect this is more likely a case of fans being more in tune with what was to come in terms of the plethora of superhero films we now see on release every year. 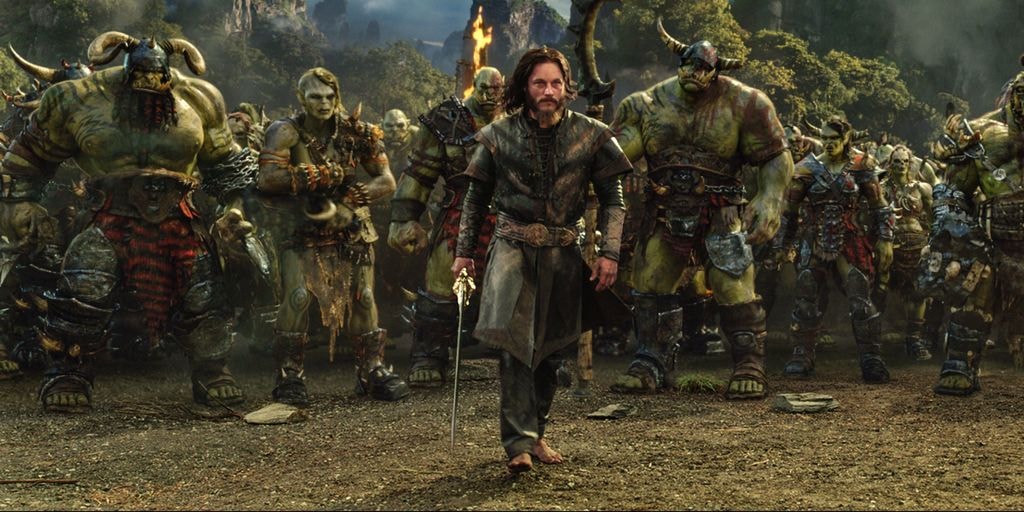 This was always projected to be a problematic release, and so it proved when the big screen adaptation of the wildly successful games series Warcraft finally came out. The years of mythology built up over the course of several years online were impossible to translate into the length of a movie runtime, and so the abbreviated version by Moon director Duncan Jones was virtually impossible to understand for most critics. Fans, however, who turned up in huge numbers to see the characters they knew and loved already, were apparently ecstatic with the result.