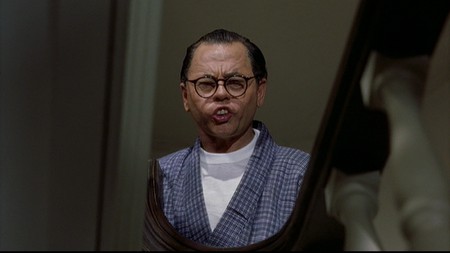 Ever since Scarlett Johansson was cast in the lead for the Hollywood adaptation of Ghost In The Shell, the subject of white actors taking roles originally intended for ethnic minority performers has been back in the news. Here is a list of 20 from the past that still shock us today.

Anime classic Ghost In The Shell is set to get the remake treatment with a new trailer just released. With it, the subject of Hollywood ‘whitewashing’ characters for commercial purposes is back in sharp focus. There are a number of examples to pick from, but here are the worst of the worst. 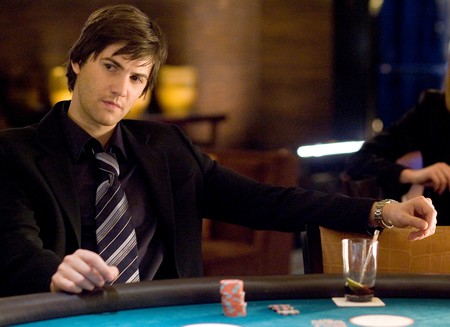 This fast-paced account of card-counting released in 2008 disappeared faster than a magician’s bunny, and the fact that Jim Sturgess (Across The Universe) took centre stage was part of the reason. It’s not a slight on the quality of the British actor, but the true story of students taking on the big casinos would surely have been better served by keeping the characters as Asian-Americans, as they were in real-life. Jeff Ma, around whom the plot was based, said the controversy concerning 21 was “overblown”. 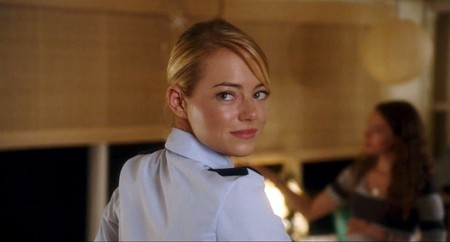 Set in Hawaii and with an all-star cast Aloha should have been a home run for all concerned. Starring Emma Stone (Crazy, Stupid, Love) and Bradley Cooper (The Hangover), the romantic drama had all the right ingredients until someone noticed that the island state has a 70% non-white population yet the main cast were distinctly white. Stone’s character is even described as being half-chinese and half-native Hawaiian.

Even Oscar-winning hits aren’t immune to a spot of whitewashing. Ben Affleck (The Town) directed the film playing the Mexican CIA operative Tony Mendez who came up with an ingenious idea to bring home a group of kidnapped Americans from Iran. Argo is a great film, but it would arguably have been better with Mendez being portrayed by a Mexican actor for some added authenticity.

Mickey Rooney In Breakfast At Tiffany’s

This one is infamously outrageous. You can’t imagine something as overtly disparaging getting the green light today, but then we’ve already seen a number of recent examples of offensive casting… and there are plenty more to come. Played for laughs, Mickey Rooney donned fake teeth, thick glasses and put on a terrible accent in Breakfast At Tiffany’s to portray Holly Golightly’s Asian landlord.

There’s no denying that Tilda Swinton is a great actress. She recently told Culture Trip how she had grown up reading the Doctor Strange comics and how she was already familiar with the characters before she took on the role of The Ancient One. The only problem is that in the source material the mystical guide is actually from the Himalayas. 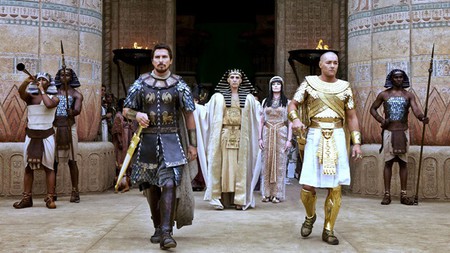 Director Ridley Scott (Bladerunner) tried, and failed, to defuse the furore around his biblical epic by stating that: “I can’t mount a film of this budget, where I have to rely on tax rebates in Spain, and say that my lead actor is Mohammad so-and-so from such-and-such. I’m just not going to get it financed. So the question doesn’t even come up.” Instead the main characters were played by Christian Bale (Batman Begins) and Joel Egerton (Warrior). 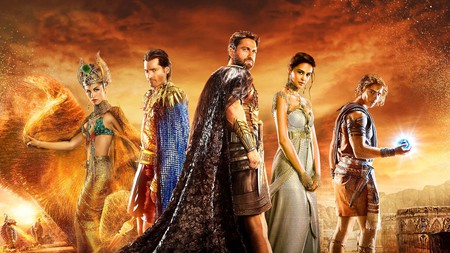 If you thought Scott’s defence of Exodus: Gods And Kings was insensitive, wait till you hear what Alex Proyas had to say about critics of his box-office bomb from 2016. Taking aim at everyone who panned the film, not least because of the all-white depiction of ‘gods’, Proyas (Dark City) went on the offensive, saying reviewers were a “pack of diseased vultures pecking at the bones of a dying carcass” acting like “deranged idiots”. Admittedly this was more due to the savaging the film received on its release, but it hardly addressed the core concern around the casting choices.

Matt Damon In The Great Wall 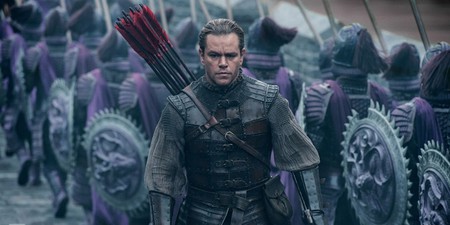 It’s not even out yet, but The Great Wall has already run into a whole host of problems. Matt Damon (Good Will Hunting) leads the cast, and eagle-eyed viewers couldn’t help but notice that the film itself is set in ancient China. Respected director Zhang Yimou (Hero) has gone on the record and said that Damon’s character was never intended to be Chinese. It’s like The Last Samurai all over again.

Alec Guiness and Anthony Quinn in Lawrence Of Arabia 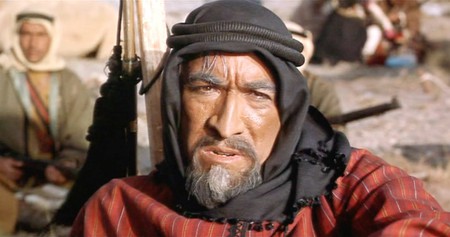 Another one of those great films with questionable casting decisions. Both Alec Guiness (Star Wars) and Anthony Quinn are great actors in their own right, but are they really suitable as Arabian kings and nomads in Lawrence of Arabia?

Johnny Depp In The Lone Ranger

This is what happens when an actor is so in love with a character that he can’t see the blindingly obvious. Johnny Depp (Pirates of the Caribbean) has repeatedly claimed that he is part-cherokee, although this has never been verified.

Angelina Jolie In A Mighty Heart 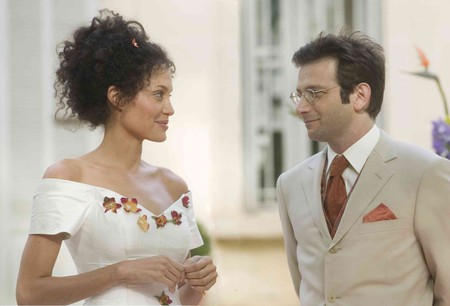 One of the first films to deal with the aftermath of the global War on Terror, A Mighty Heart serves as a reminder that Angelina Jolie is a great screen talent when kept away from generic action fare like Tomb Raider or Salt. However, casting the American actress as Mariane Pearl, an Afro-Cuban Frenchwoman, was a misstep by director Michael Winterbottom.

Laurence Olivier was hardly the first actor to ‘black-up’ for the role of Othello, but what might have been just about passable on stage looks jaw-droppingly awful on screen. Cringe factor is so high on this clip, that its hard to believe its not a parody.

Peter Sellers In The Party 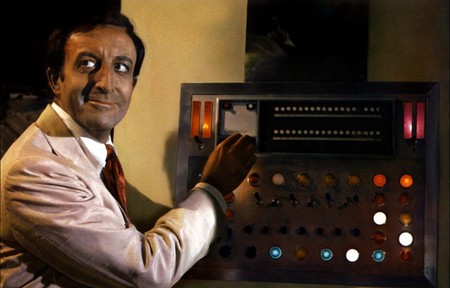 This comedy showcases the great talent that was Peter Sellers, and also highlights some of the poor career choices he made throughout his career. His over-the-top Indian accent and darkened skin are at complete odds with the supposedly light tone of the film.

Prince Of Persia: The Sands Of Time 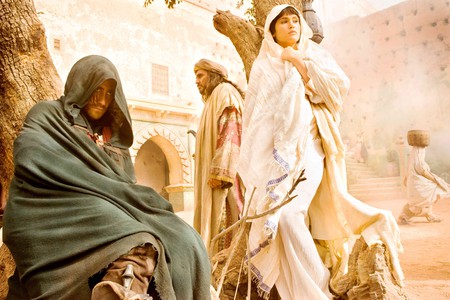 ‘Prince Of Persia: The Sands Of Time’ | © Disney

This Disney action movie, adapted from the popular video game series, not only put Jake Gyllenhaal in the title role but also somehow managed to place British actress Gemma Arterton as a Princess from the Indian sub-continent. No one was buying it.

Rudolph Valentino In The Sheik 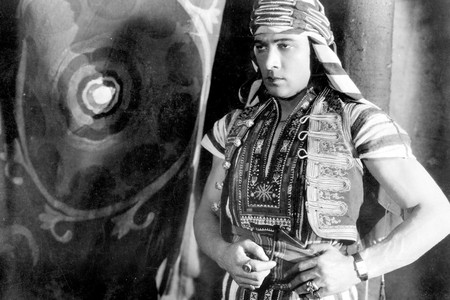 Rudolph Valentino In ‘The Sheik’ | ©

Silent screen superstar Rudolph Valentino is widely regarded as one of the most beautiful men to have ever graced the silver screen. Even in black and white, though, Valentino just doesn’t sit right as an Arabian Sheik in this movie.

Stevens was so popular as Indian engineer Ben Jabituya in Short Circuit, that the sequel shifted focus to his character and his desire for American citizenship. Aziz Ansari cited the character as an early inspiration in his own attempts to break into Hollywood, until he realised that the actor at the heart of the film was actually white himself. 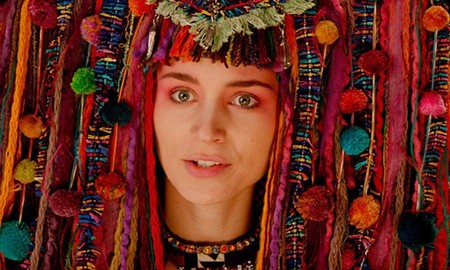 A forgettable film with an unforgettable piece of casting. Pan is a prequel of the Neverland story and sees Rooney Mara play the role of Tiger Lily. Fans were not convinced.

Max Minghella In The Social Network 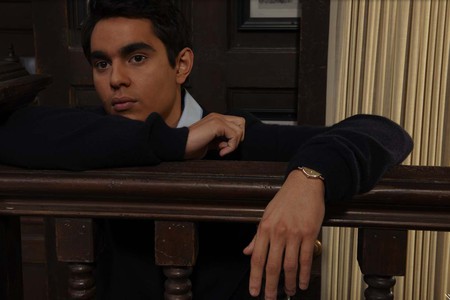 Aziz Ansari once again spoke out against the casting of Max Minghella, saying that: “These days, Indian people, real Indian people, pop up way more in film and television, but fake Indians are still around more than you think. I loved The Social Network, but I have a hard time understanding why the Indian-American Harvard student Divya Narendra was played by Max Minghella, a half-Chinese, half-Italian British actor.”

Charlton Heston In Touch Of Evil 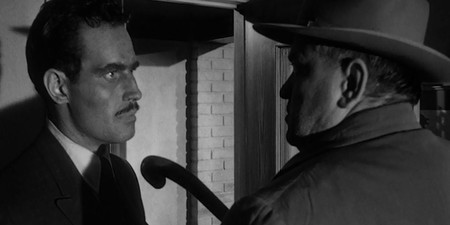 Putting NRA stalwart Charlton Heston as the Mexican hero in this thriller is even more eye-opening today. It’s a great film, with a superb turn from Orson Welles as the villain of the piece, but Heston is seriously out of sorts in the movie. 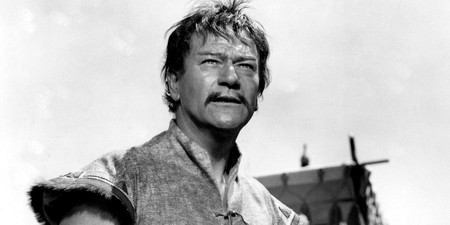 Just wrong on so many levels. Anyone who has read up on some of the more extreme views the actor openly stated can see how offensive this particular role was.

Have we missed any other awful examples of whitewashing in Hollywood? Will you be watching Ghost In The Shell? Let us know in the comments below.