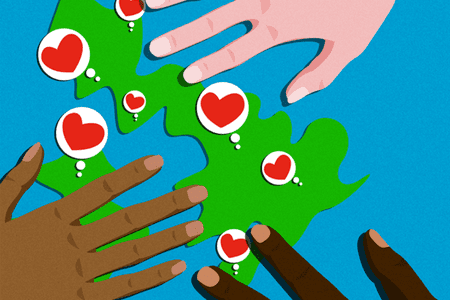 #1DayWithoutUs | Courtesy Of One Day Without Us

‘We are millions. Let us stand together and show it. Let’s reject the politics of division and hatred. Let’s make tomorrow better than today.’ These sobering words come from One Day Without Us, a nationwide campaign to celebrate the invaluable contribution made by migrants to the UK. On 20 February 2017, people, communities, groups and businesses alike will stand united in a National Day Of Action.

#1DayWithoutUs | Courtesy Of One Day Without Us

A day of protest, celebration and most importantly, social solidarity, this call to action is migrant-led. Communities and individuals across the whole of the UK, including as far up as Gairloch in the Scottish Highlands, are already showing support by planning the day’s events.

Some methods are symbolic, others more direct: demonstrations, moments of silence, rallies, donning badges, displaying posters, parties, bake-offs, exhibitions, songs, communal meals, and selfies with hashtags are just a few of the creative ways people are planning to show support.

Tate Modern And Tate Britain are joining in by celebrating migrant artworks, the National Union of Students has organised walks over the country, and Stop Trump has also jumped on board. After all, a UK without migrants would not be the UK. Even a day without migrants would negatively impact the economy, transport system, education system, health care and food service.

Less of a one-time campaign and more of a collective movement of people from all walks of life, the crux of the matter is to abolish xenophobia and extinguish racism.

Proof that all great things come from a simple idea and evidence of social media serving as a positive vehicle, the campaign evolved from a Facebook post by writer and journalist Matt Carr.

Carr called for justice and proposed the idea of a 24-hour migrant strike and nationwide labour boycott to illuminate the importance of migrants in the UK. The response was astronomical and before long, the thought spread like wildfire. One Day Without Us was formed a week later and the date was set for 20 February 2017, appropriately also the UN World Day Of Social Justice. 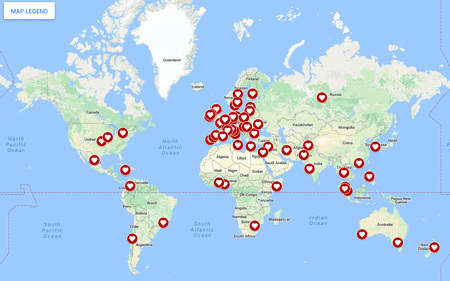 Our Migration Map | Courtesy Of One Day Without Us

One Day Without Us has garnered support from the masses and is a start in tackling the extreme rise in racist behaviour and xenophobic discourse following the EU referendum campaign and current world affairs. It’s important to add that those involved in One Day Without Us reside on both sides of the referendum debate, with political and social views differing across the board.

Those wanting to get involved can use every avenue of social media or other outlets to express unity and celebrate the invaluable contribution of migrants from across the world to the UK. For more information on local events and gatherings, or advice on how to start your own, click here.

A pressing call to action and a symbol of justice and solidarity in today’s turbulent geopolitical climate — only made more pertinent by a Trump presidency — just remember, in the words of anthropologist Margaret Mead: ‘Never believe that a few caring people can’t change the world. For, indeed, that’s all who ever have’. No one, under any circumstances, should be made to feel disposable, attacked or displaced. #1DayWithoutUs