15 Films to Watch If You Loved 'The Crown'

Season 2 of Netflix’s The Crown will be available for streaming this December. However, if you can’t wait until then for your royal fix, we suggest that you watch some of the other productions that depict the longest-running real-life soap in the history of the sceptred isle.

Films about the British royals date back to 1896 when Queen Victoria was filmed at Balmoral with her third son Prince Arthur, her granddaughter Alix and Alix’s husband Nicolas II—the doomed Tsar and Tsarina—and lots of pooches and kids.

The days of such decorous footage—or even that of the groundbreaking 1969 documentary Royal Family—have long passed. If season 1 of The Crown was both engrossing and respectable, the same can’t be said for all the titles on our list. But then tiaras were made for slipping. 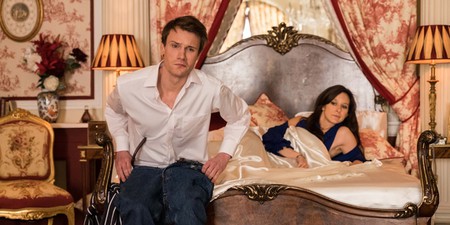 Wills (Hugh Skinner) and Kate in The Windsors | ©

You can’t say Wills and co. didn’t have it coming. George Jeffrie and Bert Tyler-Moore’s comedy does for the whinnying brigade what the parodic mid-1980s sitcom Brass did for the world of 1930s “trouble at t’mill” class-war dramas. Some of the satire of the post-Diana dynasty is merciless—no quarter being spared for Camilla, Charles, Anne, Edward, and “Randy” Andy.

The royal millennials get roasted, too: Prince William is nice but dim, Kate Middleton is a dim and naive gypsy traveler, Harry is a dim hedonist, and Pippa Middleton a dim but cunning seductress jealous of her sister’s elevation. The one concession to taste is the absence of actors playing the Queen and Prince Philip. 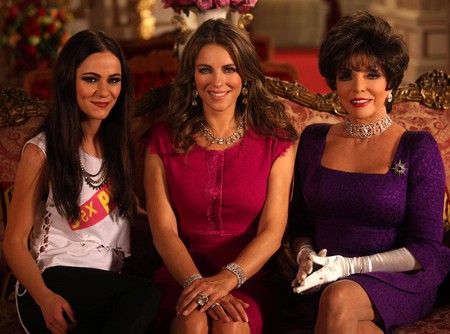 The alternative English royal family presented in Mark Schwahn’s American trash extravaganza is the one that Sun readers (and probably everyone) really wants: young, sexy, venal, and amoral. Like the downmarket spawn of Downton Abbey, Dynasty, Brookside, and Emmerdale, the show caters to our need for seeing the dirty secrets of the privileged exposed. 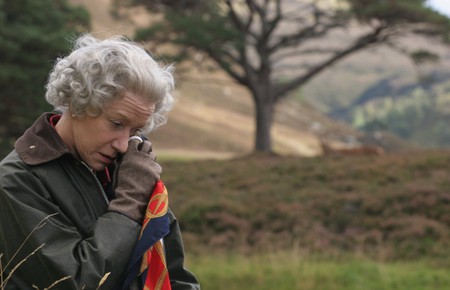 It’s hard not to admire a film that has Elizabeth II (Helen Mirren) muttering “Bugger it!” when her Land Rover breaks down fording a river in the Scottish Highlands, and in which Cherie Blair (Helen McCrory) scrunches her nose in mockery of the Buck House flunky instructing her husband (Michael Sheen) how to address HRH.

“Uneasy lies the head that wears a crown” is the message that comes across from Stephen Frears’ drama about the Royal Family’s response to Princess Diana’s death in 1997. Oscar-winner Mirren makes Elizabeth sympathetic, but James Cromwell and Alex Jennings do Prince Philip and Prince Charles no favors at all. Look out for Elizabeth’s ironic metaphorical sighting of a stag that makes her murmur, “Oh, you beauty!” 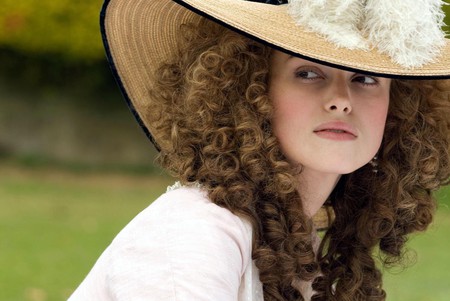 A Spencer by birth, Georgiana Cavendish (Keira Knightley), the Duchess of Devonshire, was the great-great-great-great-aunt of Diana, Princess of Wales, and an earlier victim of a marriage of convenience to a remote man (Ralph Fiennes) who does not love or empathize with her.

The Duke’s decision to bring Bess (Hayley Atwell) to live as his mistress is an obvious nod to Prince Charles’s ongoing relationship with Camilla Parker Bowles, and Georgiana’s popularity among Whig society echoes Diana’s popularity as the do-gooding “Queen of Hearts.” Director Saul Dibb’s sumptuous drama benefits from one of Knightley’s best performances. It holds up better than most heritage dramas. 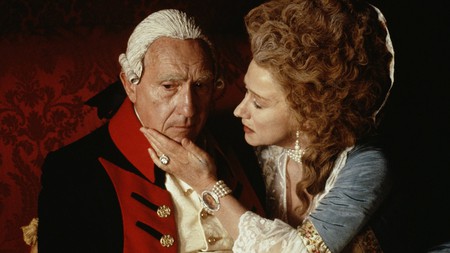 After losing his American colony in the War of Independence, King George III (Nigel Hawthorne, repeating his stage role) loses his sanity, too. Though he regains it and reasserts control of his scheming relatives, vestigial signs of madness suggest George (Rupert Everett), Prince of Wales, will have to become regent sooner or later.

Alan Bennett’s masterful comedy—which co-stars Helen Mirren as the long-suffering Queen Charlotte, aka “Mrs King”—comments ruefully on imperial hubris, ageing, and the loss of the faculties, magnified here by their royal provenance. It’s a resonant movie—“what, what?!” 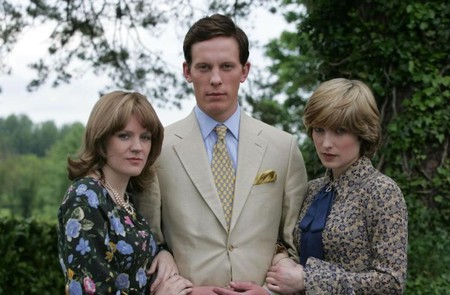 This made-for-TV movie sympathetically depicts the thwarted romance of Prince Charles (Laurence Fox) and Camilla Parker Bowles (Olivia Poulet) as a casualty of royal tradition, which didn’t endear it to the pro-Diana lobby.

Viewers who had heard Princess Diana say, “There were three of us in this marriage, so that made it a bit crowded” (in her 1995 interview on the BBC’s Panorama) were unlikely to condone David Blair’s film. Poulet was convincing as Camilla, however, and Michelle Duncan looked more like Princess Di than Naomi Watts did in the dire Diana (2013). 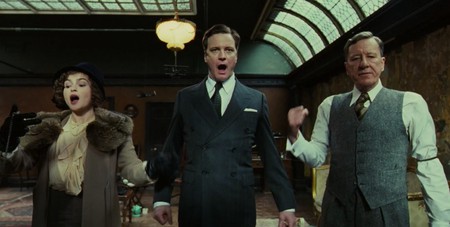 Tom Hooper’s Best Picture Oscar-winner is built on the supportive relationship between the stammering King George VI (Colin Firth) and his queen, the former Elizabeth Bowes-Lyon (Helena Bonham Carter), and the more combative one between the King and Lionel Logue (Geoffrey Rush)—an Aussie speech therapist with unconventional methods. 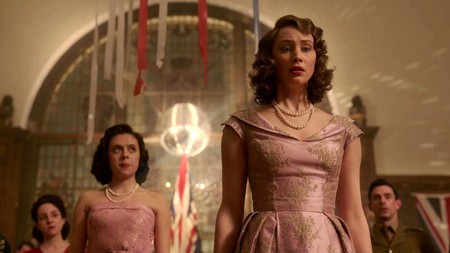 Like all teenage girls, the princesses Elizabeth (Sarah Gadon), 19, and Margaret (Bel Powley), 14, want to let their hair down in public on Victory in Europe Day, May 8, 1945. They therefore persuade the depressive King George VI (Rupert Everett) and Queen Elizabeth (Emily Watson) to have (easily losable) chaperones escort them. “Lillibet” replaces hers with a bitter but romantic airman who’s gone AWOL; the wilder “P2” takes up with a raffish Naval officer who leads her toward (but not quite into) perdition.

A Royal Night Out—directed by Julian Jarrold, as were two episodes of The Crown—was loosely based on a real incident. The princesses did go out on the night in question, but if you believe this charming, boisterous bit of nonsense shows how they spent it, then you probably believe in fairies. 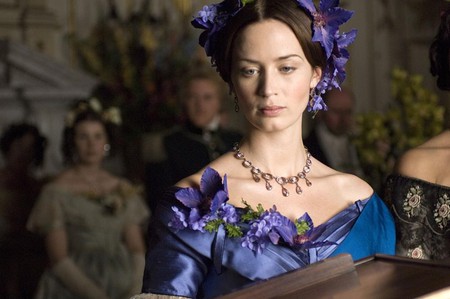 An “independent woman” drama, The Young Victoria stars an excellent Emily Blunt as the heir and young queen who finds an ally and husband in Albert of Saxe-Coburg and Gotha (Rupert Friend) as she withstands a challenge to her right to rule and other constitutional crises.

Despite Blunt’s mettlesome performance, Jean-Marc Vallée’s film is underwhelming. It’s better, however, than the over-glamorized Victoria (an eight-part vehicle for Doctor Who’s Jenna Coleman), which conveyed the truth with the same fidelity as the appalling Henry Tudor. 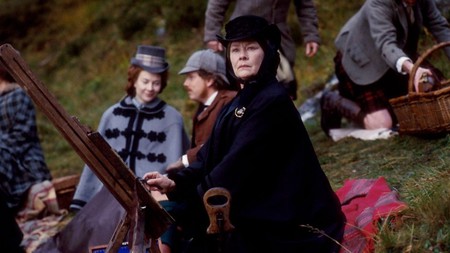 Judi Dench’s first outing as Queen Victoria tells the story of the widowed monarch’s deliverance from debilitating grief thanks to the intervention of her devoted but far from obsequious gillie, John Brown (Billy Connolly, perfectly cast as the rugged, virile Scotsman).

John Madden’s astute direction highlights the tensions that Victoria’s much gossiped-about friendship with Brown caused in her family and the opprobrium it garnered from government figures such as the Machiavellian Prime Minister, Benjamin Disraeli (Anthony Sher). Mercifully, Mrs Brown doesn’t suggest that the Queen had a highland fling. 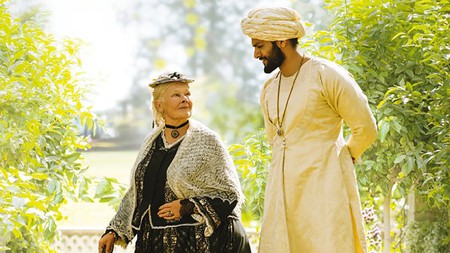 Judi Dench reprises her Mrs Brown role in the forthcoming Victoria & Abdul, making this Stephen Frears film (based on Shrabani Basu’s 2010 book) a sequel of sorts. This time the Queen takes a shine to Mohammed Abdul Karim (Ali Fazal), the Indian servant and married Muslim who, from 1887 until Victoria’s death in 1901, was her close, platonic companion. Their friendship reportedly prompted her to request the Viceroy of India to give preferential treatment for Muslims over Hindus. The Muslim issue will lend Victoria & Abdul a topical edge. 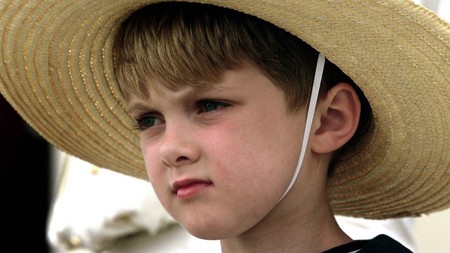 Played as a small boy by Daniel Williams and as an adolescent by Matthew Thomas, “Johnny” spent his life in seclusion after making several outbursts in public, but the royals did their best to care for him. He was particularly liked by his paternal grandfather Edward VII (Michael Gambon). The family’s troubles are thrown into relief by those of the Romanovs, who had their own sickly son. Gina McKee is a standout as Johnny’s nanny, Charlotte Bill, known as “Lalla.”

Princess Diana, Prince Harry, and Prince William in Diana, Our Mother: Her Life and Legacy | © HBO

Produced by National Geographic, Diana: In Her Own Words is a slim assemblage of intimate confessional recordings made by Princess Diana with her voice coach Peter Settelenin and padded out with archive footage and interviews with her supporters. It enhances the reputation of the Princess as a warm, intelligent woman—and as a good mother—who had been placed in a no-win situation by forces much stronger than her.

Prince William and Prince Harry, 12 and 15 respectively when the Princess died in 1997, talk publicly about their mother for the first time in HBO’s quietly respectful Diana, Our Mother. This documentary has the “officially approved” stamp and feels like it was made as counter-programming to Diana: In Her Own Words. It reminds us that Diana’s death deprived the royal family of the one member who truly understood that the novelist E.M. Forster’s “only connect” imperative was a sacred duty.

Want more from the world of film? We ask which young Brit should play Obi-Wan Kenobi!