15 Classic Movies that Turn 10 This Year

2008 doesn’t really seem that long ago, does it? A lot has happened since then, including the rise of streaming video services, and one look at the films that were released a decade ago will make you feel even older. 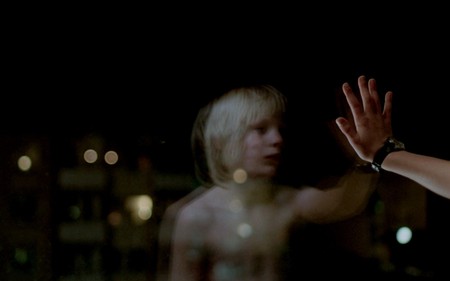 Vampires were about to be everywhere in 2008. We had the audience-friendly take with The Twilight Saga (more on that later) and this more adult version from Sweden. Weaving in modern fears with ancient folklore, Let the Right One In was a violent yet thrilling experience and one that filmmakers have been desperate to recreate ever since. The original is still the best. 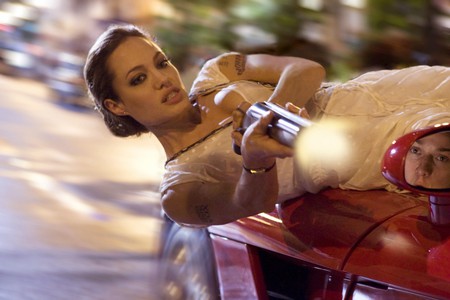 Riding high off the back of his Night Watch series, director Timur Bekmambetov was given the keys to Mark Millar’s comic novel series and ran with it. The resulting action extravaganza is full of outrageous stunts, over-the-top performances and mind-boggling special effects. Wanted wasn’t the huge smash hit everyone hoped it would be, but watching it again it really should have been. Angelina Jolie has never had so much fun on screen. 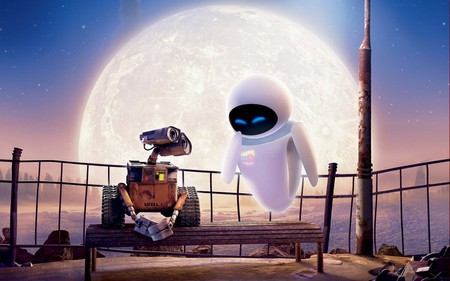 Pixar had already hit the run of form that made other film studios weep. They were producing hit after hit and connecting with audiences like never before, and they were still able to test themselves in almost unimaginable ways. Wall-E told the story of a trash compactor robot left on an abandoned planet. The first half of the film follows the daily routines of the unit with virtually no dialogue… and it’s one of the most beautiful pieces of cinema ever created.

This documentary feels so outlandish that you feel like it can’t be all true, but it turns out that it absolutely is. The man in question was French daredevil Philippe Petit and the wire of the title was strung between each of the towers of The World Trade Centre in 1974. You can guess what Petit attempts to do next, but it’s still a jaw-dropping escapade. 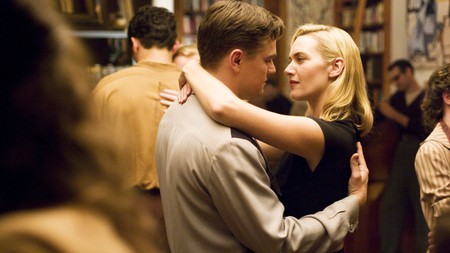 Leonardo DiCaprio and Kate Winslet reunited for this heartbreaking story about repressed feelings and unfulfilled expectations in suburban America of the 1950s. The pair play a married couple unable to find happiness in a society that extinguishes and semblance of individuality. Keep an eye out for an extraordinary supporting turn by Michael Shannon in this superb drama. Oh, and it is better than Titanic too…

The Good, the Bad, the Weird 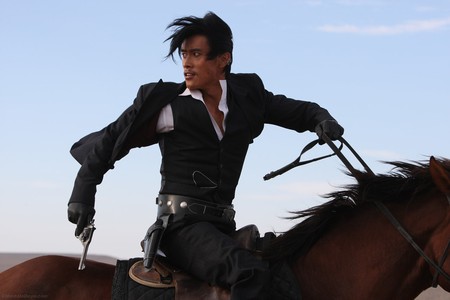 And now for something completely different… This riff on Westerns by South Korean director Kim Jee-woon sees an ensemble cast trying to take ownership of a treasure map from an official travelling on a train. The film is full of choreographed shootouts, spectacular stunts and some of the coolest imagery you’re ever likely to see. 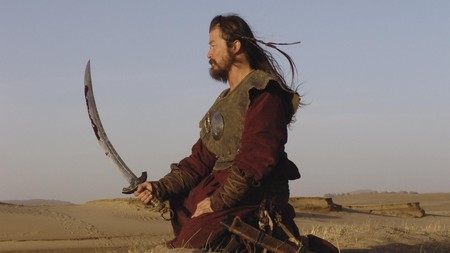 One of the best biopics of recent years, this film should have garnered more money than it did. The planned trilogy fizzled away as a result but the opening gambit remains a thrilling and fast-paced look at the life of Temüjin (who later went on to be known as Genghis Khan). Work has supposedly started on a follow-up, but protests from locals in Mongolia over how they will be depicted in the movie are believed to be holding up production. 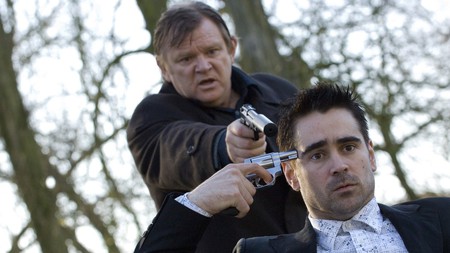 Writer and director Martin McDonagh made a lasting impact with this dark comedy about two hitmen on the run from their sadistic boss. You won’t be surprised to find the location for this hideout is the Belgian city of Bruges, but you may well be taken aback by how outright hilarious the dialogue is. We will be able to see more from McDonagh this year as his movie Three Billboards Outside Ebbing, Missouriwill be hitting the screens. 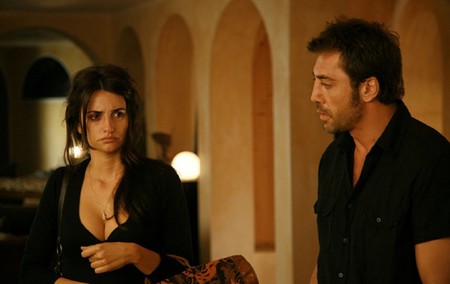 Woody Allen was in the midst of his extended European adventure as this marked the fourth film in a row that the director made outside of the US. Following two women from his home country, Vicky (Rebecca Hall) and Cristina (Scarlett Johansson) are on a trip to Barcelona and find themselves drawn to a local artist (Javier Bardem) who is in turn enamoured with both women. Into this mix comes an emotionally unstable ex-wife (Penelope Cruz) who refuses to go away. The cast list alone make this one of the must-see films of the last decade.

Heath Ledger stars as The Joker in The Dark Knight | © Warner Bros. Pictures and Legendary Pictures

Christopher Nolan had given himself the task of following up 2005’s Batman Begins with a film that had to sit in his self-styled universe with “realistic” superheroes and villains. Bruce Wayne (Christian Bale) remains the flawed protagonist but the ticking bomb that was introduced in The Dark Knight was the Joker (Heath Ledger). For all the grandiose set ups and admittedly excellent action sequences, it’s the explosive interactions between these two men that make the movie work. Ledger sadly passed away before the film was released, but his legacy was secured forever. 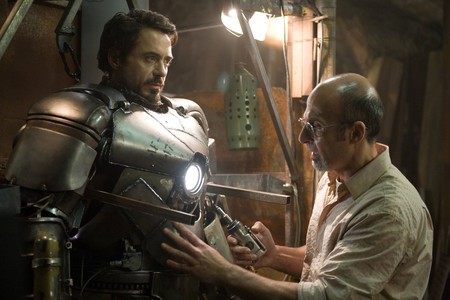 The flip side to the much darker DC Universe was the Marvel side of things. Previously seen as a largely forgettable, frothy addition to the comicbook genre, the studio reinvented modern cinema with this single movie. It might seem like an over-the-top claim, but think about it. From this one film we got the vast array of Marvel characters we now see every year on screen, the success of the franchise led to Disney buying out the studio and that ultimately led The House of Mouse to pounce on Lucasfilm and takeover Star Wars. The film itself is also great, and is self-contained in a way most recent superhero films are not. 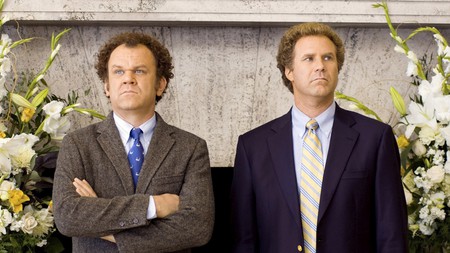 This remains one of the funniest films we’ve ever seen and that’s largely thanks to the two men pictured about. John C Reilly and Will Ferrell are brilliant as two feuding step-siblings, both of whom are intent of winning over the affections of their exasperated parents. Things only escalate when they decide they are best friends and team up to take on the world. We can’t wait to see the actors together again this year in their take of Sherlock Holmes. 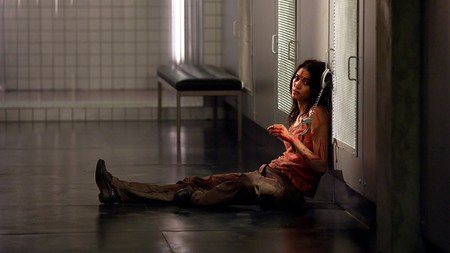 One of the nastiest horror films you’re likely to see, the merits and failings of Martyrs have regularly been discussed since it was released. The fact that we are still talking about it is testament to the impact the film had on the industry and audiences alike. Once seen, it can never be forgotten.

Featuring a young Michael Fassbender, this British chiller faced a barrage of criticism when it was first released. The film shows a young couple from the city heading to what they think is a remote part of the country for a weekend retreat. Their stay is interrupted by delinquent teens and through a series of interactions the scene is set for a brutal chase that will lead to a sucker-punch of a finale. The was criticised by some for painting an unglamorous picture of what the media labelled ‘Broken Britain’, but for many it felt like a depressing reality on screen.

Its easy to forget that Twilight was a phenomenon devoid of sarcastic disapproval when it was first unleashed on the wider public. Fans of the books by Stephenie Meyer were already in a state of fevered excitement even before the movie version was released, while the rest of us were intrigued. What we got was a teenage vampire romance which pressed all the right buttons for a certain age group but left others bewildered. The hype, however, means that this movie will never be forgotten… and nor will the young leads Robert Pattinson and Kristen Stewart. 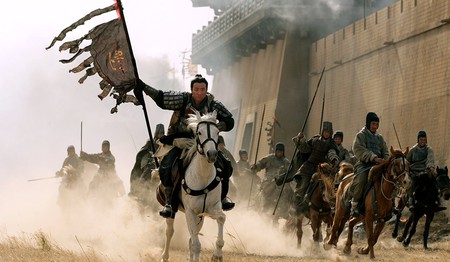 John Woo released this epic – and we do mean EPIC – to little fanfare in the West, but it still proved to be a huge hit in its native China. The original version was a two-part war adventure that clocked in at almost five hours long. Even the edited down version lasted 148 mins, and this alienated viewers who were unfamiliar with the feudal China depicted in the movie. The Battle of Red Cliffs is nonetheless a significant event in the history of the country, and this film will also go down as an important marker for Chinese cinema, as it was one of the first to showcase the booming economy to the rest of the world.