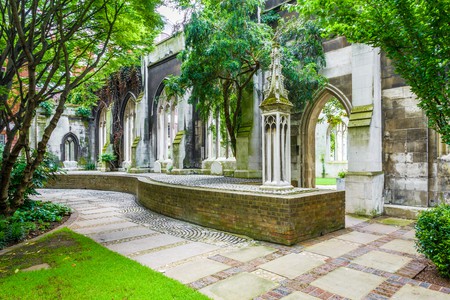 St. Dunstan-in-the-East, a church was largely destroyed in the Second World War and the ruins are now a public garden in London | © I Wei Huang/Shutterstock

From warm summer picnics to stargazing on rooftop restaurants, if you like your ‘food with a view’ check some of our favourite hidden places to eat, drink and just relax.

A Japanese rooftop garden in London

A true hidden gem up above the hustle and bustle of London on the roof of The School of African and Asian Studies. Here you’re free to relax, meditate or just think. What’s more, it’s free to visit. 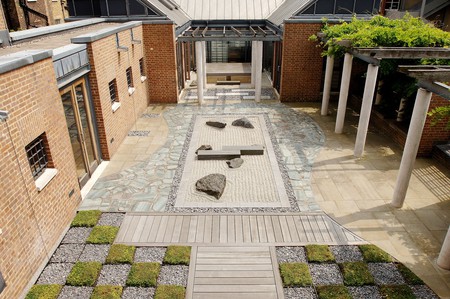 Built in the 1100s and subsequently modified over the centuries – including additions by Sir Christopher Wren and wood carvings by Grinling Gibbons – St Dunstan-in-the-East was destroyed by a German bomb during the Blitz of 1941. After the war, it was turned into a public garden instead of being rebuilt. It’s an enchanting spot in the middle of the bustling city. 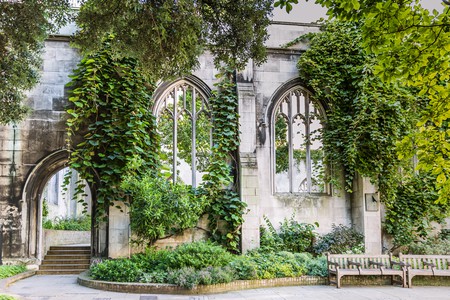 Once used to store coal for steam engines, this small parcel of land between King’s Cross and St Pancras stations was set to be a lorry park. However, local residents fought to keep it as a semi wild space, and now Camley Street Nature Park is home to an abundance of wildlife such as waterfowl, woodpeckers and bees.

The Conservatory at the Barbican

The Barbican complex often resembles an ant hill that’s easy to get lost in, but somewhere hidden away on one of its many floors and mezzanines is an amazing tropical garden. Built around the fly tower that’s used to move scenery off the stage below, the garden is home to over 2,000 species of plant life as well as numerous birds and shallow tropical fish ponds. It’s open to the public on Sundays and Bank Holidays, and what’s more, afternoon tea is available from midday on Sundays. 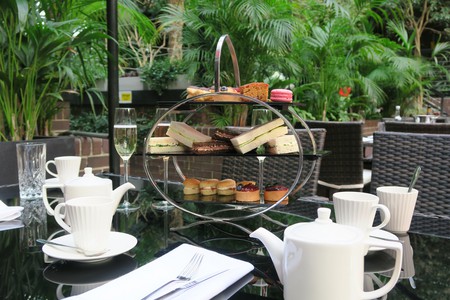 Rent a Cherry Tree is such a brilliant idea it’s amazing no one’s thought of it before. For £47 a year you can rent a tree and come summer, enjoy all the cherries it produces. At this time of year, the whole orchard will be a riot of blossom and renters are welcome to picnic under their trees. 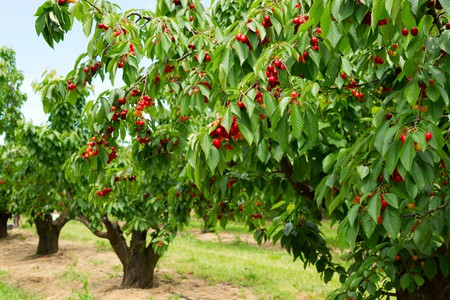 Often overlooked by visitors who head to the larger Audley End House, Bridge End Gardens is still worth a visit if you’re in Saffron Walden, Essex. Recently restored and lined with trained fruit trees, the garden was once used to grow food for local Quaker philanthropist Francis Gibson. You can also lose yourself in the intricate hedge maze nearby. 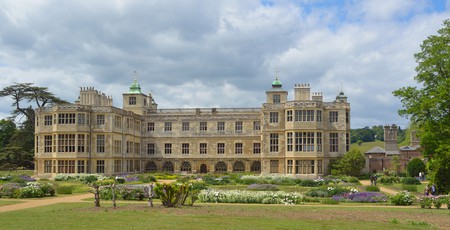 Enjoy the amazing views at Alnwick’s treehouse restaurant. At an altitude of 60ft, explore the wooden walkways and twinkling fairy lights, or cosy up in front of the roaring log fire to ward off the evening chill. The menu is modern and easy going, including delicacies such as sea bass samphire, fennel, caper and dill butter. There’s also a series of special musical events taking place through the summer. It’s worth noting that Alnwick house’s lawn was where Harry Potter’s first Quidditch lesson was filmed. 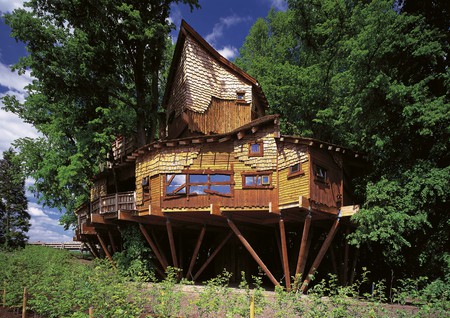 A few miles south of Cambridge in Grantchester lies the beautiful Orchard Tea Garden, where writers and poets such as Virginia Woolf and Rupert Brooke used to pass lazy afternoons. At this time of year, the apple blossom will be in full bloom, so it’s the perfect place to unwind, enjoy a cream tea and bask in the sunshine.

Battlesteads is the only hotel within the UK’s only official ‘dark sky’ park. Here, far removed from the light pollution caused by the surrounding towns, the wonders of the night sky can be truly appreciated. There’s even an on-site telescope you can use after you’ve had dinner, and the observatory hosts numerous educational events for those who want to get to grips with Astrology.

The waterfall at Hayburn Wyke, Yorkshire

Tucked away deep in the Yorkshire Dales, at the end of a wooded valley, this picturesque waterfall is a perfect spot to enjoy a picnic, or simply to cool your feet off in the pools. Those keen on exploring the local wildlife will find that the surrounding woodland is home to foxes, roe deer and badgers. 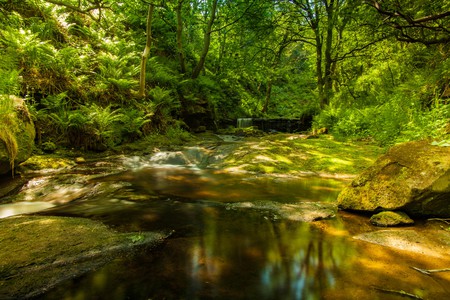 Crystal Palace is a huge park in South London that was once home to the Great Exhibition of 1851. In November 1936, the palace was completely destroyed in a fire. Though the building may have gone, the park remains, and tucked away in one corner are some of the first model dinosaurs ever created – some of which date back to 1854! 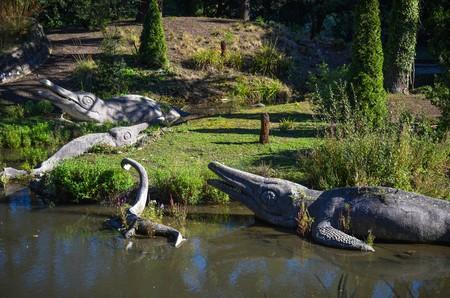 Vauxhall today might be all urban sprawl, but in the 1800s it was a gentle – almost rural – corner of South West London. Vauxhall Park is all that remains of this, having been turned into a community green space in 1888. In one corner lies the lies the Lavender garden, which is in bloom all summer long and the perfect place for a picnic. 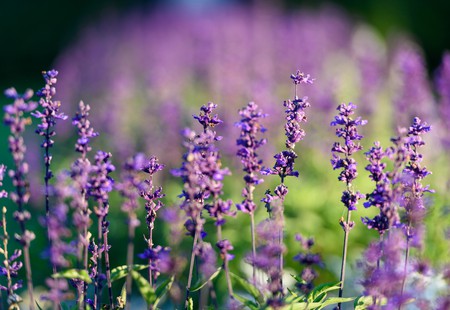 The Culpeper on Commercial street, London, has an amazing rooftop garden and greenhouse. Here they grow as much food as they can to use in the restaurant below. Every other month they host a Rooftop Astronomy dinner, where after a glass or two of wine, you’ll enjoy a glorious meal while an expert gives a short talk on what to expect throughout the night. As the skies darken, head up to the roof where, after drinks in the greenhouse, you’ll embark upon a tour of the skies using their large telescope. 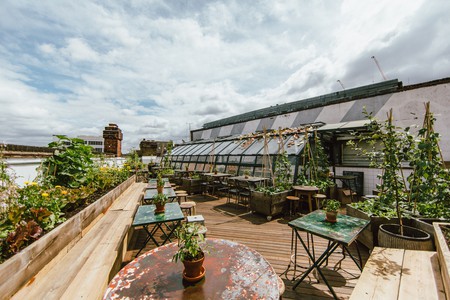 Courtesy of Culpeper | © Daniel Morgan
Give us feedback