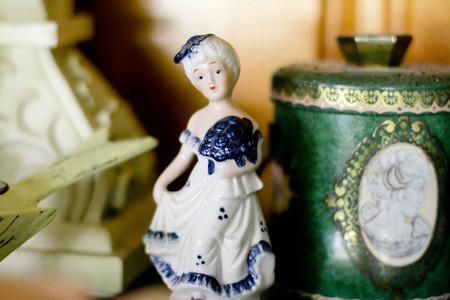 It is a truth universally acknowledged that it is a rite of passage in every woman’s life to read Jane Austen. Her heroines are flawed and imperfect, teaching us how to solve the problems in our lives as they muddle through their own, and passing on the wisdom of their lessons to us. Matchmaking gone wrong? Too many or too few options? Money galore, or no money at all? Social faux pas, or an error in judgement? Jane Austen has the answers…

First impressions can be correct – but not conclusive

When Elizabeth met Darcy, she thought he was rich, arrogant and conceited – which he was. But what she didn’t realise was that he was also kind, loyal and caring. Austen uses stereotypes to highlight that whilst elements may be true, they do not acknowledge the real complexities of every person.

In Austen’s sombre final novel, Persuasion, Anne Elliot reflects on the love she gave up eight years before. Spoiler alert: everyone gets a second chance. It’s never too late for true love. 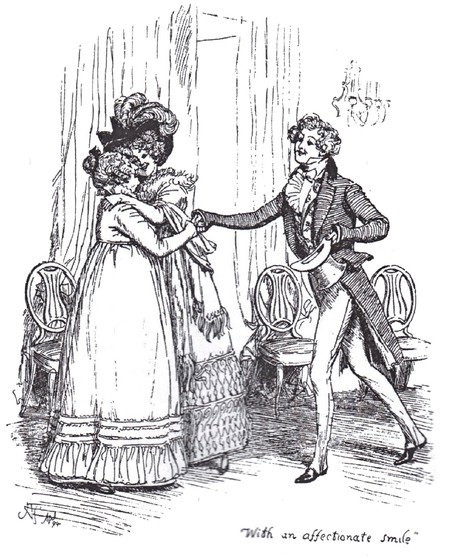 They can be charming and witty and pleasant, but that doesn’t always exclude people from being selfish, mean, or downright rude. The agenda might not always be obvious, but if they seem a little bit too good to be true, you might have a Wickham or a Willoughby on your hands.

Austen’s characters talk constantly about money – about how much they have, how little they have, how much someone else has, and how to get it. Today, it’s much more taboo to discuss incomes, inheritance and wealth, but it doesn’t mean people aren’t still thinking about it. Elizabeth, Elinor and Fanny are always questioning class assumptions, and it’s important to acknowledge how that still affects the structure of society today.

Elizabeth could have given in to Lady Catherine de Bourgh’s criticisms, but instead she stood up for herself and what she believed in: ‘He is a gentleman, I am a gentleman’s daughter: so far, we are equal.’ If you can have the same conviction and sass as Elizabeth in life, you’ll be just fine. 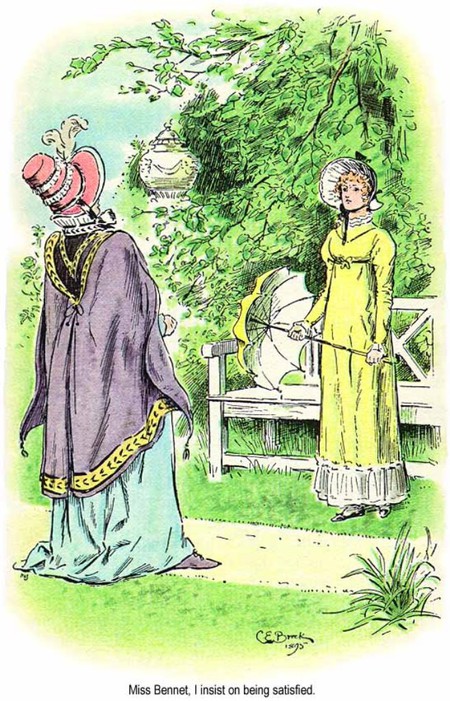 Austen asked everyone to check their privilege way before it was trending on Twitter. When Emma humiliates Mrs Bates at a picnic, Knightley scolds her for her insensitivity, pointing out that her social status and wealth give her many more advantages than Mrs Bates. It can be easy to forget the struggles of others, and Austen asks us to keep it in mind.

Admitting when you are wrong is vital

And on that note, being able to apologise and own their mistakes is what makes Austen’s heroines such great role models. Emma really listens to her criticisms, and her humility in apologizing to Mrs Bates doesn’t undo the harm, but certainly paves the way to a more understanding and compassionate future.

Anything in excess is always bad

Lydia is the poster girl for excess. She doesn’t do things by halves, and Austen’s narrative emphasises her over-dancing, over-eating, over-flirting – so it’s not a huge surprise when she dramatically elopes. The support of her family and friends saves her, but Lydia’s story could have easily had a different ending. 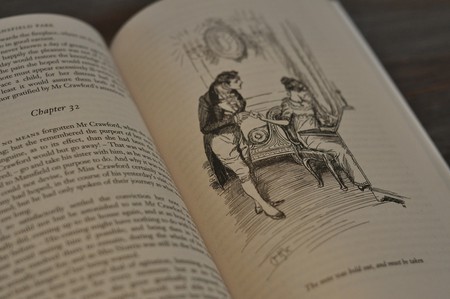 Austen’s novels celebrate female friendship in a way that few works at the time (or after!) did. Women in film, literature and media are so often in opposition to each other, but Austen champions sisterly solidarity – Marianne makes it through with the support of Elinor, Elizabeth and Jane are solid confidants, and Emma always has Harriet’s best interests at heart. Austen reminds us that friendship is a constant, even when romance is waning or times are hard.

You don’t have to hold it together all the time

Elinor is a model of sense – she is logical, calm and collected. But it is exhausting to be that person all the time, and every once in a while, it’s OK to express your feelings, whether it’s rational or not. Don’t bottle it up – it won’t make you any less of a person and may even give you more clarity.

Make your own adventure

Northanger Abbey taught us that you don’t have to be the smartest or the prettiest person to be the heroine of your own story. Austen asks her reader to be like Catherine and take every opportunity: life is what you make it, and if you want more, make it happen. 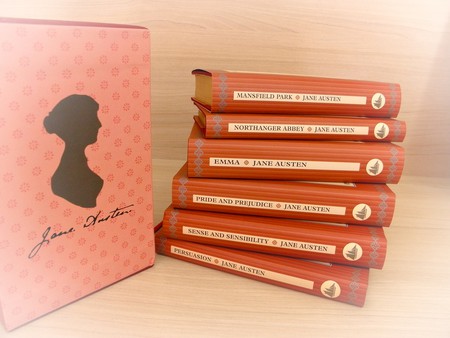 Despite marriage being the goal for most young women in the early 1800s, there are an alarming number of rejections and broken engagements in Austen’s six novels. Her heroines won’t settle: they only want to marry for love. Marriage isn’t a ‘when’, it is an ‘if’, and only if you want it.

Fiction does not always match up to reality

Catherine spends most of Northanger Abbey comparing her life to The Mysteries of Udolpho. Her vivid imagination certainly makes for interesting reading, but she also comes to the realisation that fiction can be a bit liberal with the facts – not all castles are haunted, love at first sight might not zip you off your feet, but life will present you with some magical moments of its own.