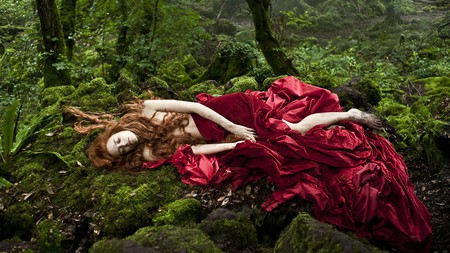 Horror fans are spoiled for choice during Halloween, and now that Netflix is firmly established as a major force, there are even more options this month. Here are our picks of the spooky treats on offer to give you “Netflix and Chills”… 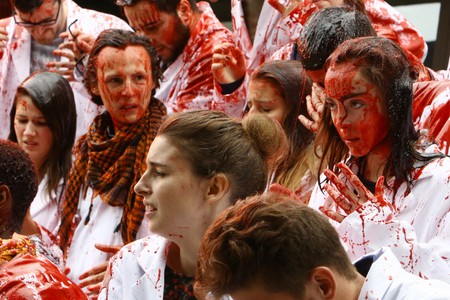 We didn’t now what to expect with this French cannibalism horror. The early reviews from various film festivals were headlined with reports of people walking out or even fainting thanks to the sheer terror of the film. In reality this is a far more meditative effort, focusing on a young woman coming to terms with her unique lust for human flesh. Far smarter than most other horror films of recent years. 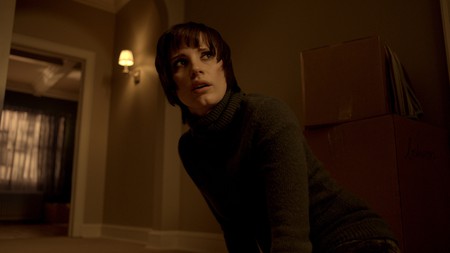 Joking aside, Mama actually made bucketloads of cash at the box-office and is an effective chiller that boasts some great effects. Two young girls claim to have been ‘saved’ by a ghostly presence known to them as Mama, but when a new mother-figure appears on the scene, the jealous spirit is unwilling to leave quietly. 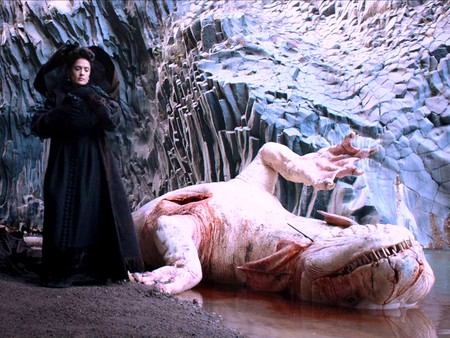 The dark, gothic fairytale of loosely connected stories looks stunning. There are so many memorable scenes that at times it all gets too much for the casual viewer, but then something monstrous appears on screen and you are jolted back into the plot.

Salma Hayek, Vincent Cassel and John C. Reilly have all done some pretty weird films in the past, but even they look bemused by the bizarreness of this project.

Scouts Guide to the Zombie Apocalypse (2015)

Sillier than the other entries in this list, Scouts guide to the Zombie Apocalypse brings to mind the attention-grabbing title of the less successful spoof Pride and Prejudice and Zombies.

The ridiculousness of it all – from zombiefied cats and Britney Spears sing-a-longs to detached penises – is played to full effect throughout. No one is taking it at all seriously, and as such we get to go for a fun ride that highlights our own dismissive take on zombies. It might not stand the test of time like some of the other entries on the list, but it’s just so much fun that you won’t care. 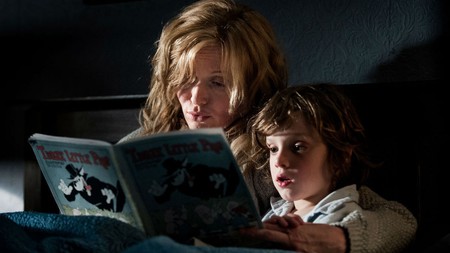 One of the few horrors of recent years to work as both a cerebral exercise in terror as well as outright jump scares, The Babadook attained cult status even before it was released. The performances, most notably from Essie Davis, have rightly won plenty of plaudits. Haunted house films always work better on the small screen as well, so this one is just perfect for home-viewing on Halloween. 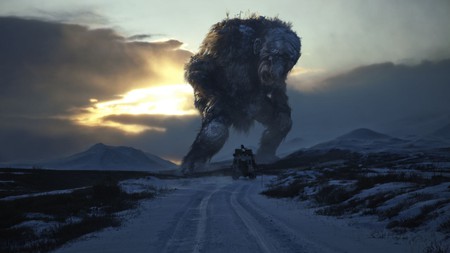 We’ve deliberately chosen not to include many found-footage films on our list as we feel the horror sub-genre has long reached saturation point. This Norwegian movie, presented as a documentary of sorts, opts for humour and mythology to bolster the plot, and it works wonderfully. The other pleasing aspect is that Trollhunter never shies away from showing you the trolls in all their glory. It would have been safer to hide away the stars of the show in the distance or in the shadows, but instead we get some eye-opening moments with huge monitors roaming the wilds of Norway. 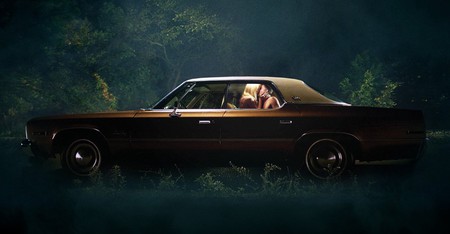 Turning the cliche of randy teenagers meeting a sticky end on its head, It Follows serves up an unseen menace that hunts down those foolish enough to pass on a curse via sex. The cinematography stands out from other genre films and the film opts for a timeless feel, mixing in healthy doses of the ’80s into its otherwise seemingly modern set up. Maybe this one shouldn’t be on your list for an actual “Netflix and Chill” session though… 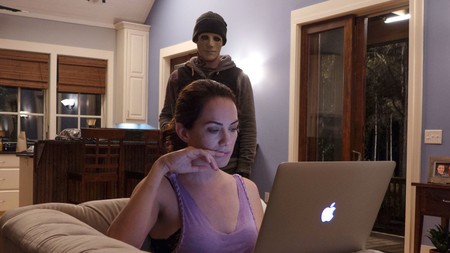 If there’s one film on this list that will have you looking over your own shoulder whilst watching it, then it’s this one. The central character is a deaf-mute writer who is happily living on her own in a secluded house in the woods. One day, a masked killer appears at her window and begins to torment her. The usual over-reliance in modern horror films on jump-scares and loud noises becomes redundant, and director Mike Flanagan (who devised the story with his wife, who also happens to be the star of the film) has a lot of fun creating fresh scenarios to play with. 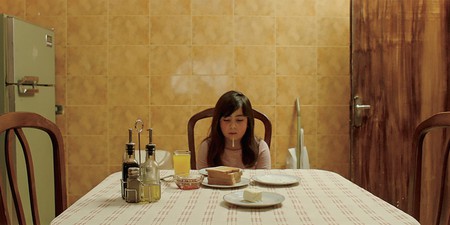 We make no apologies for picking this superb ghost story again and again in our horror lists. It does exactly what you want it to do… it scares the living daylights out of you! The performances are excellent and the setting of war-torn Iran in the 1980s serves as the backdrop for a chilling haunting. There are several jump scares that will make you want to log off Netflix for a while after watching it.

You might also like: How The Iranian Horror Film ‘Under the Shadow’ Scared A Bunch of Critics 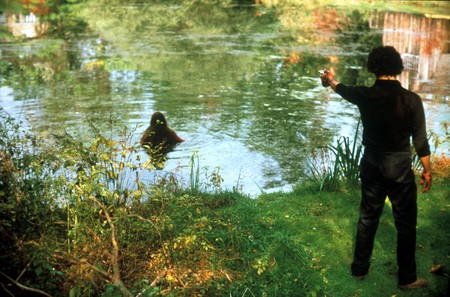 There are plenty of horror classics on Netflix, but this one does’t seem to get the recognition that the likes of The Exorcist (1973) or Evil Dead (1981) command. Perhaps it’s the languid feel or the ‘before-its-time’ tone, but something failed to connect with critics at the time as well. However, the film has gone on to attain cult status and now a legion of fans (including horror gurus Mark Kermode and Kim Newman) swear by the film. Psychological terror doesn’t get much better than this. 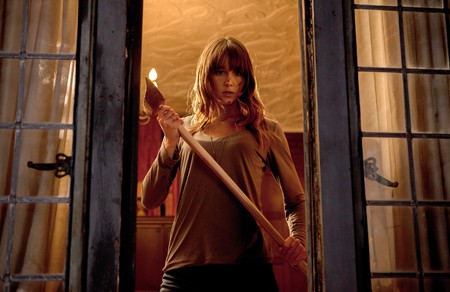 A conventional set-up is wonderfully usurped by a twist that sees a group of masked attackers being hunted down by one of their intended prey. Sharni Vinson plays Erin, a woman who is about to meet her boyfriend’s parents for the first time at a wedding anniversary party. A seemingly normal evening dinner is brutally interrupted by a crossbow bolt and soon the group have to fend for themselves. Erin, however, proves more adept than others in this department… 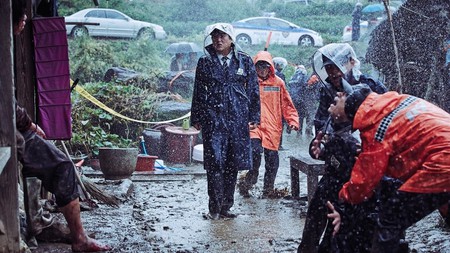 This South Korean horror was a big commercial success on release, with an inevitable English-language remake already in the works. The plot revolves around a mysterious disease that infects a small village and the struggles of the investigating officer. There’s a slow build-up (the film is almost three hours long) but the final act is masterfully delivered. 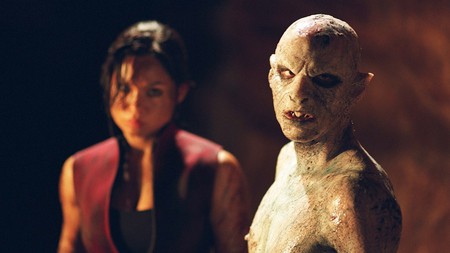 ‘How comes you ALWAYS pick The Descent in your lists?’ we hear you cry…

It’s because this British cave-diving and demons effort is just pure, adrenaline pumping terror. The creature designs are the stuff of nightmares and the confined crawlspaces in which the characters tend to end up are perfect for putting the viewer right in the middle of the action.