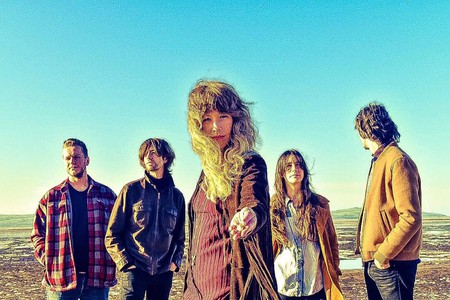 We all know that Liverpool is most famous for being the birthplace of The Beatles, but even they had to start somewhere! Here are 10 of the best up-and-coming music artists from the city that we think could be on to something.

Probably the most well-known breakthrough artists to come from Liverpool in recent years, Circa Waves are starting to make – ahem – waves in the city’s music scene. Not only have they had sold-out tours, they’ve also released two albums and people are beginning to take notice of their infectious brand of indie-meets-pop.

With tracks like ‘Vitamin C’, you just know Clean Cut Kid are about to be your new favourite band. Destined to shine light in to even the dreariest of days, we urge you to check out their sing-along-ready tracks.

Another impressive product of James Skelly’s (The Coral) Skeleton Key Records is The Sundowners, a female-fronted psychedelic quintet. Though they are not strictly from Liverpool, they’re from the Wirral which is good enough for us.

Keeping with the psychedelic theme, The Vryll Society have notched up tours with the likes of Blossoms plus several UK headline tours in their early days, staking their claim as one of the city’s brightest talents.

She Drew The Gun

Winners of Glastonbury 2016’s Emerging Talent Competition, She Drew The Gun offer ethereal psych-pop from the Mersey banks. Having beat off some top national talent to secure a slot at last year’s festival, we’d expect this troupe to be on your radar sometime soon… although, like The Sundowners, they would be classes as ‘wools’ in these ends.

If you want an example of hard-working Liverpudlian talent, look no further than Louis Berry. Following in the footsteps of the likes of Miles Kane, Berry combines grit with catchy tunes and is currently selling out shows all around the country. Catch him in small venues while you can…

One for the grime fans, Aystar is a Liverpool artist on the rise. A recent guest appearance on high-profile rapper Giggs’ latest album would suggest that people are finally starting to take note.

One of the youngest bands to come out of Liverpool in recent times are The Night Cafe, who offer great pop-tinged anthems. They’ve recently been on sell-out tours with the likes of Sundara Karma and The Hunna; we predict it won’t be long before they’re selling out tours of their own.

Continuing the popular theme of late is Paris Youth Foundation, who are beginning to pick up the pace. They’ve recently been added to the TOPMAN ON TOUR WITH NME lineup and their 1975-esque sound is sure to bring in a load of new fans.

We think that Vynce could be about to break through very soon. Their intricate, jingly-jangly guitar-pop is easy on the ears and definitely danceable. For the cool cats, don’t worry, you can tap your feet and nobody will know…