10 Things You Didn’t Know About Liverpool 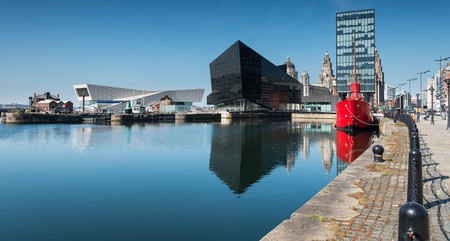 Liverpool is famed for its connection with pop music and football. But did you know that the world’s first passenger railway line was introduced in the city and that it’s also home to the largest cathedral in the UK? Read on for 10 things you didn’t know about Liverpool.

Paving their way as innovators, the world’s first wet dock was completed in Liverpool in 1715. Thomas Steers’ Dock – now referred to as the Old Dock – led to Liverpool becoming European leaders in dock trade. The 3.5-acre dock was constructed by building walls in a natural tide pool, which was ultimately where the ‘pool’ of Liverpool’s name came from. Despite 9% of the world’s trade passing through Liverpool Docks, the Old Dock was displaced by larger neighbouring docks and backfilled in the 19th century. 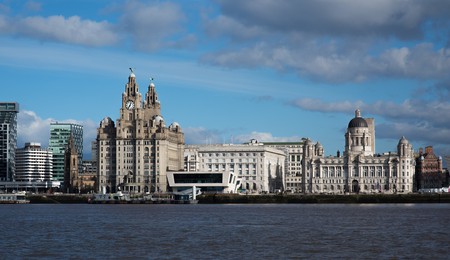 Racking in an impressive 2,500 listed buildings, Liverpool’s list of architecture is rather remarkable. With so many buildings that can’t be knocked down or altered in a significant way, Liverpool’s proud history and strong heritage will stand for many years to come. Notable listed buildings in the city include the Cunard Building, Royal Liver Building and the Philharmonic Dining Rooms. The latter, a grand Grade II-listed building, houses men’s toilets inside which are Grade I listed, making them higher in architectural significance and more protected than the building itself!

Believe it or not, the Liverpool City Council have now had to paint a street sign on the wall as they got fed up with Beatles fans nicking the original street signs so many times! Made famous by The Beatles song of the same name, Penny Lane sees thousands of fans flocking to the famous street to try and spot notable landmarks named in the song, such as the barbers and the shelter in the middle of a roundabout.

Liverpool’s Anglican Cathedral was designed by Giles Gilbert Scott in 1904 and is the largest cathedral and religious building in the country. Construction of the cathedral was not actually completed until 1978, also making it one of the newest in Britain. Liverpool has a second cathedral – the Metropolitan Cathedral – which was constructed after the Second World War. Both of the city’s cathedrals sit at opposite ends of Hope Street. 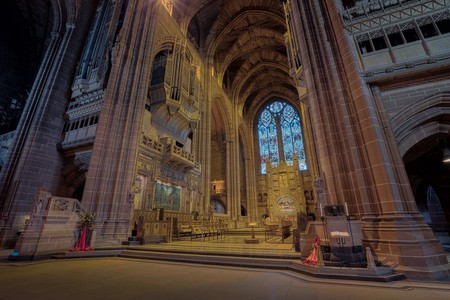 The world’s first passenger railway was introduced in Liverpool

Liverpool has a set of stones older than Stonehenge

While visitors flock in their millions to witness the prehistoric ring of Stonehenge, Liverpool actually has its own set of stones which were once a part of a chartered tomb. The six sandstone blocks, known as The Calderstones and now housed in Calderstones Park, are believed to be Neolithic and constructed before Stonehenge, at some point between 10,000 BC–4500 BC.

Liverpool is the world capital of pop music

Now this one may not come as a surprise to you, thanks to musical export The Beatles, but Liverpool is officially the ‘world capital of pop music’ according to The Guinness Book of Records. With an impressive 56 number-one hits recorded by Liverpool artists – including The Beatles, John Lennon, Paul McCartney, Gerry and the Pacemakers and Frankie Goes To Hollywood – it’s no wonder that they hold such an accolade. 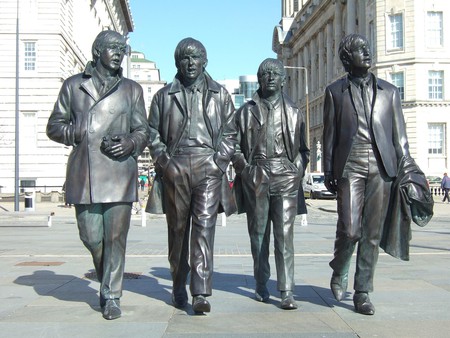 The Lyceum, a Grade II, neo-classical building on Bold Street in Liverpool, was the home of England’s first subscription library between 1758–1942. The iconic building, with its Greek-style pillars, currently sits unoccupied since its latest tenants, the Co-operative Bank, vacated the premises in 2017.

Did you know that scenes in some of your favourite films were shot in Merseyside? That’s right, scenes in the likes of The Dark Knight, Harry Potter, Sherlock Holmes, Nowhere Boy, and Fantastic Beasts and Where To Find Them were filmed in Liverpool. The city has also stood in as a double for destinations like Venice, New York and Rome.