10 Poignant WW1 Memorials You Should Visit

With the outbreak of WW1 now more than a century ago, and sadly no more first-hand military accounts, it is becoming increasingly important to look to memorials to help us remember the sacrifices made. Remembrance Day is observed annually in most Commonwealth nations as well as a number of other countries, in order to commemorate those who so tragically died. Explore our list of the most poignant memorials from around the globe. 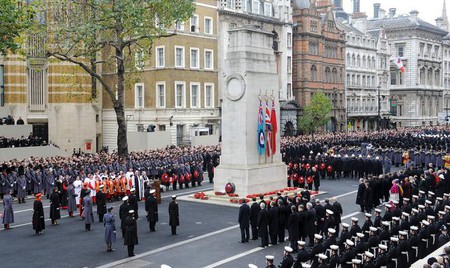 Probably one of the most well recognised WW1 memorials is the Cenotaph, located in Whitehall, London. Each year on November 11th, there is a spectacular parade past the monument of groups such as the Royal British Legion, various military battalions, politicians, diplomatic Commonwealth representatives, and veterans from a number of Britain’s more recent wars. The nation observes a two-minute silence at 11am, with cannons near the Cenotaph signalling the beginning and end of the silence. Wreaths of poppies are laid at the foot of the monument to signify the fields of the Somme where most British lives were lost. The vastness of the parade and the national respect for this event is highly moving.

Whilst not located within a Commonwealth nation, the Menin Gate is a memorial to missing soldiers from Britain and the Commonwealth. The town of Ypres was a strategic stronghold during the war, and the gate forms the point at which forces left the town to advance towards the front line. The memorial itself consists of a large vaulted archway, with thousands of names of soldiers whose bodies were never found inscribed onto the walls. However, even up until today, many remains of soldiers are being discovered in the surrounding area, and once identified, they are properly buried in a war cemetery, and their names are removed from the Menin Gate. 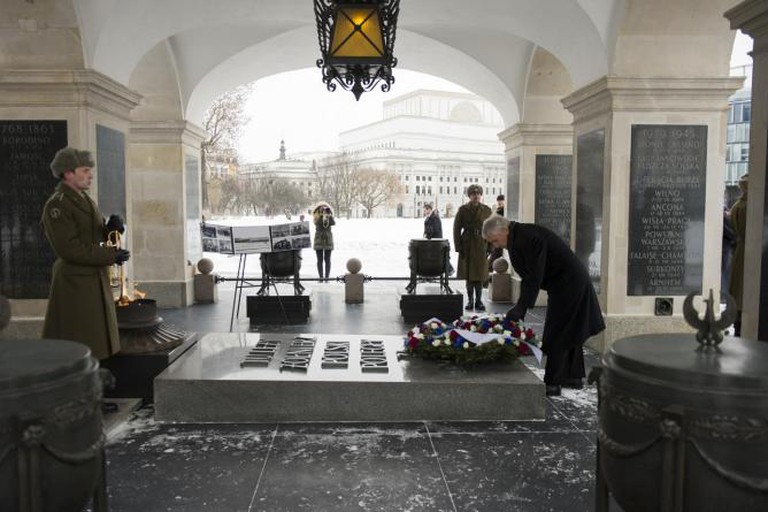 Tomb of the Unknown Soldier, Warsaw | © U.S. Department Defense Current Photos/Flickr
One of the more recent Commonwealth memorials is the Tomb of the Unknown Warrior in Wellington, New Zealand. In 2004, remains of a New Zealand soldier were exhumed from the Caterpillar Valley Cemetery in France, where many New Zealand soldiers fought, and were repatriated to the nation’s capital. Most of New Zealand’s soldiers that died during the war have not been officially found or identified, so this unknown warrior is a moving symbol of all those that were lost and who never made it back. 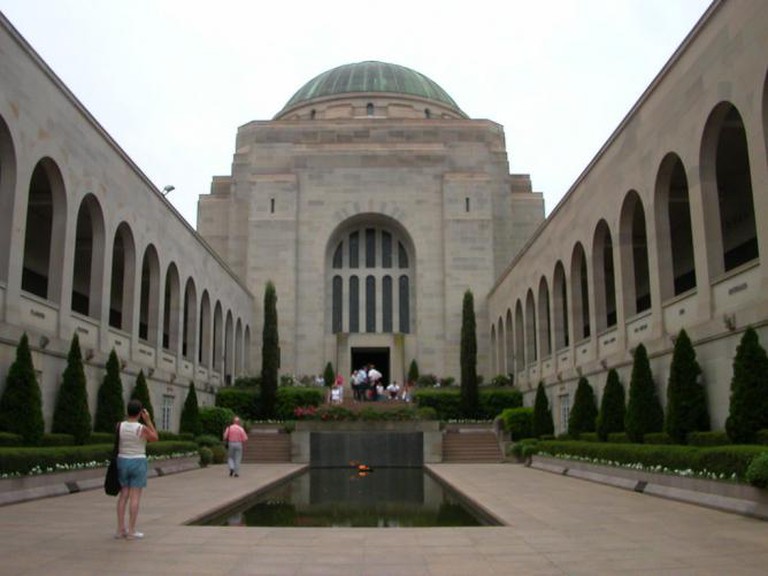 Australian War Memorial | © Todd Horner/Flickr
While not a Commonwealth nation, there is no doubt that Poland was one of the countries involved in WW1 that suffered most and had most to gain from the war’s end. Remembrance Day also acts as Poland’s Independence Day since the end of the war signalled the beginning of Poland as a nation independent from various empires. The Tomb of the Unknown Soldier in Warsaw annually sees spectacular military processions on November 11th. Throughout the year, the tomb is guarded, and a changing of the guard takes place every hour; the permanent guard and reverence for what the monument represents shows how significant the end of the war was for Poland. 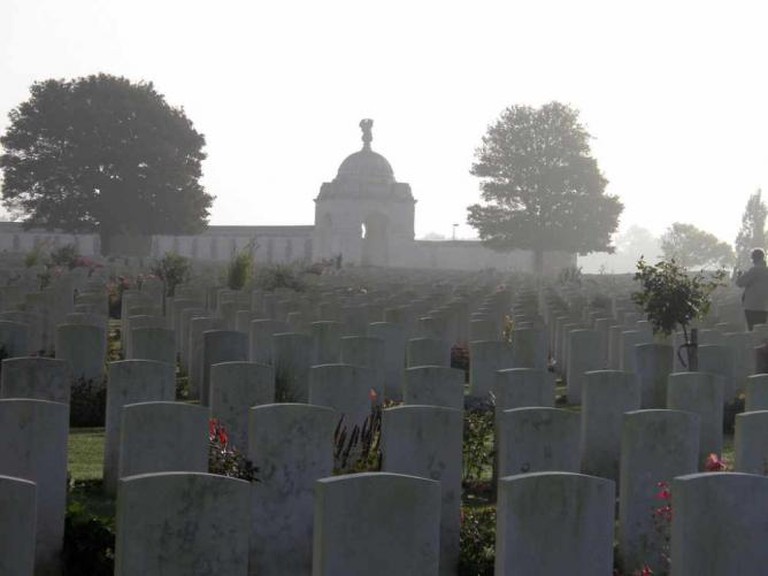 Tyne Cot | © Amanda Slater/Flickr
The Australian War Memorial is found in the country’s capital city, near the city’s key government and legislative buildings, which effectively reflects the importance of the memorial. The memorial is extensive and spreads over a large area, which includes not only the traditional shrine and lists of names but also a museum and gallery. The museum gives visitors a context for the memorial so that they can understand its significance. It is the high point of Anzac Parade, a street along which many other war memorials are located. Remembrance Day services are held at the memorial, in the main forecourt. Open 10am-5pm daily Australian War Memorial, Canberra, Australia

This Commonwealth cemetery, located just outside the small Belgian town of Passchendaele, is the single largest Commonwealth military cemetery in the world. While the majority of graves are British, there is a significant number of graves representing soldiers from other Commonwealth nations, such as New Zealand, Australia, and Canada. The cemetery features iconic white gravestones, neatly arranged upon an immaculate lawn, which is located atop a small hill and looks out over the battlefields where many of these soldiers died. The cemetery was started during the war but was lost to the Germans before being recaptured by Belgian Forces. Tyne Cot is immensely moving and truly gives a sense of the scale of lives lost. 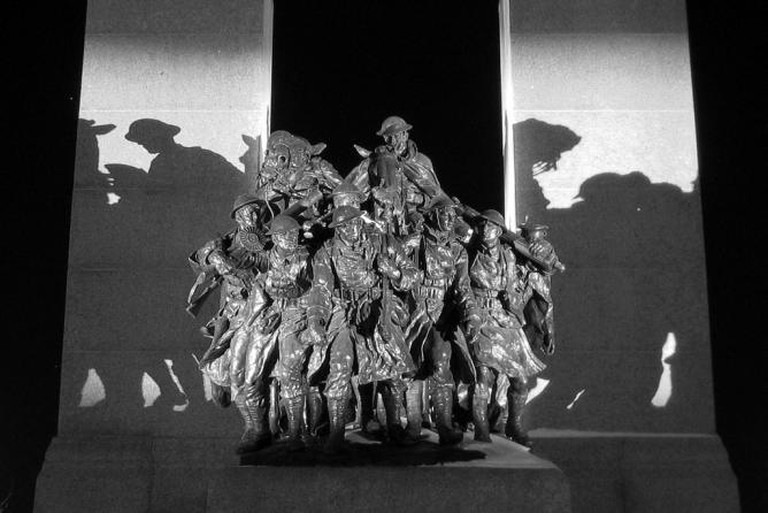 National War Memorial | © John Vetterli/Flickr
Found within Edinburgh Castle is this haunting WW1 memorial. The memorial itself is a building similar in style to that of a church, with gothic architecture in keeping with the rest of the castle. It commemorates Scottish soldiers from WW1 as well as WW2 and more recent conflicts. The most poignant part of the memorial is the central altar, on which there is a casket containing the Rolls of Honour of roughly 147,000 names of Scottish soldiers killed. It is now possible to look up the names of the soldiers online, allowing descendants to find out more about their relatives who lost their lives. Open 9.30am-4.30pm daily Edinburgh Castle, Edinburgh, UK

Canada’s principle WW1 memorial is an imposing granite archway 20 metres in height, with bronze statues of soldiers that were lost. It is at the centre of Confederation Square in Ottawa and is guarded by ceremonial sentries. Although it dates from 1939, in 2000 a tomb was added to the front containing the remains of an unknown soldier that had been repatriated from France. It is the focal point of the Remembrance Day ceremony and has come to represent lost soldiers from all of Canada’s wars, past, present, and future. A member of the Royal family is often present at the Remembrance Day service, or if they are visiting at another time, they will also visit the memorial to lay a wreath. 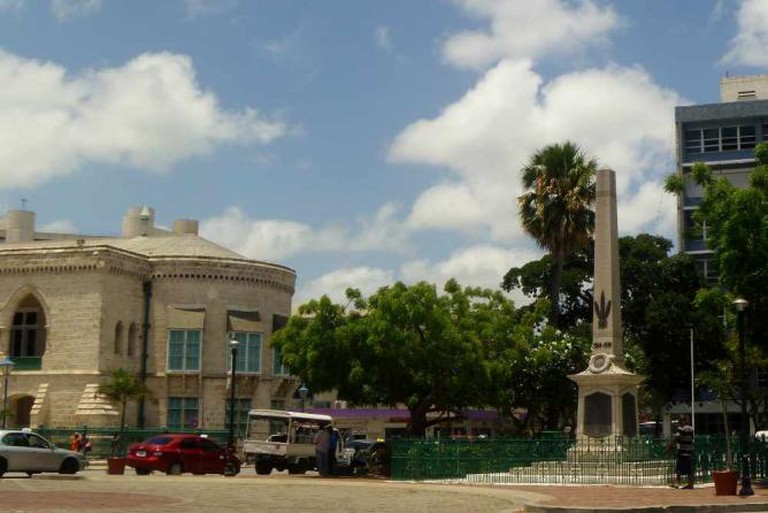 National Heroes Square | © Ins1122/Flickr
One of the most well known battles from WW1 was the Battle of Gallipoli, which involved the combined forces of many Commonwealth nations, including Australia and New Zealand, against the Ottoman Empire. The operation was so significant for Australia and New Zealand that the commemoration of it (Anzac Day) is observed more commonly than Remembrance Day. One of the most poignant reminders is Lone Pine Cemetery, which commemorates mainly those whose bodies were never found. It is so named due to a single pine tree found at that spot, from which some soldiers took pine cones that have since produced memorial trees in Australia. Today, there is a lone pine there although it is not the original.

Memorial
Facebook
Email
Twitter
Pinterest
Copy link
Share
The contribution of smaller Commonwealth nations is often overlooked, which is why the WW1 memorial in Barbados is so poignant. Along with other Caribbean nations, Barbados was called upon to provide troops to the war effort and suffered casualties just like the others. In National Heroes Square, a military parade is held on Remembrance Sunday, with the WW1 cenotaph as the focal point. Dignitaries, government representatives as well as military chiefs attend the ceremony. Although a small nation, the war efforts of Barbados are nonetheless rightly celebrated.
Give us feedback