10 Music Biographies You Need To Read Before You Die 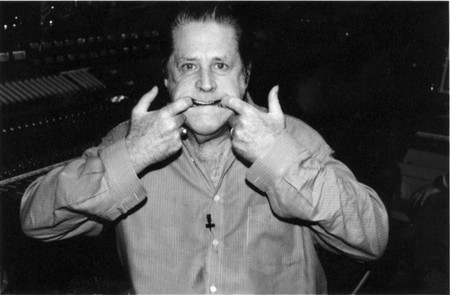 Reading the biography of an artist we hold dear to our hearts can be a riveting read. However, it is also important to consider the books written about and by ground-breaking artists whose memoirs and biography actually create a broader impact beyond their immediate fanbase. From Los Angeles to Liverpool via Trench Town, Jamaica, below are 10 music biographies which much like the music of their subjects, manage to permeate far and wide beyond the sphere of their existence.

Wouldn’t It Be Nice: My Own Story

’Only in LA’ is a line worth keeping in mind when reading this rock page-turner-like-no-other. The now official line on this book is that Brian Wilson, co-founder of and brains behind The Beach Boys, was unable to co-operate fully, if at all, due to the strong anti-psychotic drugs he was ingesting at the time under the influence of the now disreputable Dr. Eugene Landy. The mystery of this conundrum lies in the book’s acute articulation of Wilson’s aching sadness, infused with a beauty that belies the reputation now afforded it — and is indeed more in line with those glorious songs. The truth is, the book is phenomenal in its charting of Wilson’s version of events and his own terrible descent into severe mental health problems. An abused and gifted child, Wilson escapes into melody and harmony in an attempt to overpower the deep sadness that haunts him. No matter how hard he tries to overpower the demons with his musical gift he ultimately cannot escape his own mind. What the reader (and listener) are left with is the sheer magnitude of the beauty Wilson countered with in the fight for his mind. 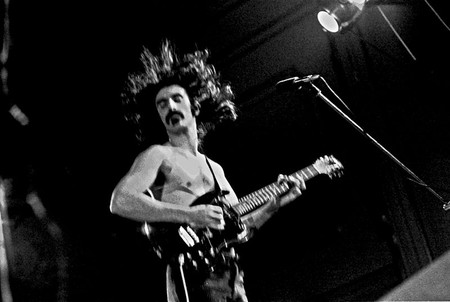 The power of Frank Zappa’s autobiography is its ability to engage equally the uninitiated and the avid Zappa fan. Zappa’s lasting masterpiece could well prove to be his autobiography – a caustic, cynical creative industries Rough Guide of sorts, hilariously guiding us through his life and career through his infectiously sardonic wit. What is both impressive and unusual about Zappa’s autobiography is its accessibility, considering the musical output of its writer. Often appreciated more for his intricate, zany, high-brow musical brilliance than for his everyman touch, Zappa’s autobiography depicts a man who has perfectly retained a strong and elegant sense of objectivity, inviting a broad audience to share and revel in his sure psychology. 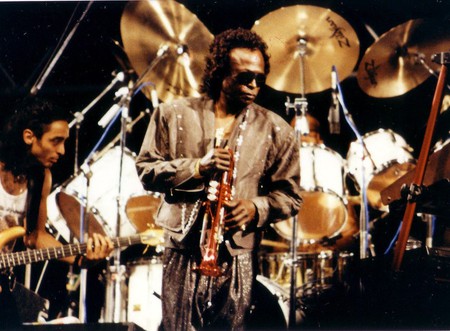 Much like the man, Miles’s autobiography is an uncompromising read. A rebel from the off, the middle class dentist’s son and Julliard dropout soon realised his dream by joining idol Charlie Parker’s band, casting his force of nature into history forever. What is most compelling about Miles’s journey is the consistency of his blinkered sense of determinedly moving forward. He seems irritated at times reliving his former glories and we only ever see him smile at a juncture of musical change and progression. Despite Miles’s lofty placement among cultural legend, his path was not without many deep troughs. The power of this tale is one of triumph over adversity, always inwardly questioning and assessing where to head next. Never looking back and resting on its laurels, this is a book of musical and cultural philosophy in a business bound with distraction, temptation and failure. Only the strong survive and Miles’s mettle is awe-inspiring. 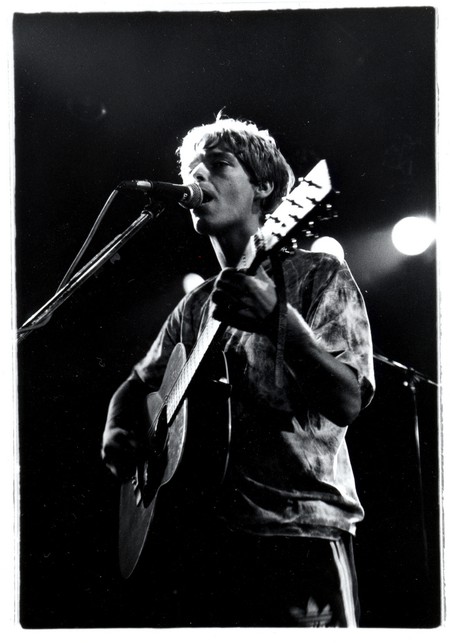 In Search Of The La’s: A Secret Liverpool

Liverpool band The La’s exist today as an influential catalyst for 90’s and Noughties stadium chart-hogging rock, although their talents lay far deeper and wider than their critical acclaim — garnered largely through timeless one-hit wonder ‘There She Goes.’ Their enigmatic leader Lee Mavers is duly unearthed by the biography’s author M. W. Macefield through a tangent of followed leads via Liverpool’s murky musical underworld. Once Macefield has gained Mavers’s trust, the reclusive songwriter opens up and duly holds court with riveting results. The sense is one of accessing the mind of a living musical shaman and teacher and no journalist before or since has really been able to capture Mavers in such fine, open fettle. Macefield presents himself as the self-deprecating fan who got lucky, but his handling of The La’s delicate myth is to be commended, avoiding sycophancy and allowing an in-depth analysis of The La’s small but astonishingly well- crafted musical canon. 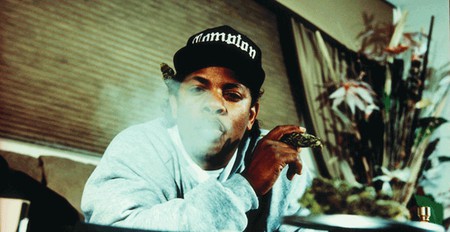 Rap impresario Jerry Heller co-founded notorious West Coast rap label Ruthless Records back in the late 1980’s. His chosen partner in crime for his soon-to-be globally successful phenomenon was NWA’s stand out character Eric ‘Eazy-E’ Wright. While Heller’s informal and gritty tale covers aspects of his long and successful career working within the music business, its charm and power comes from its sprawling dedication to the late Eazy-E. The heart and soul of NWA, Eazy-E pioneered the prototype rapper/entrepreneur figure that looms large within the industry today. From Jay-Z to P-Diddy, they all owe Eazy-E for his fearless vision and the high example he set of moulding the previously uneasy foes of artistry: creative integrity and business. Eazy-E’s charm and intelligence are diligently dispensed within Heller’s — at times — touching tribute. 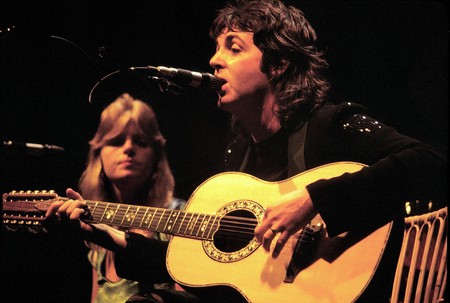 Paul McCartney – Many Years From Now

Barry Miles’ sympathetic portrait of Britain’s foremost living songwriter is in part due to the meat of his biography being composed of long ranging interviews with the man himself. No other book on McCartney quite captures the eye of 60’s London’s swinging storm like Miles’, as McCartney candidly leads us there through his wrought post-war childhood. Centring on a pivotal teenage meeting of minds with a certain John Lennon, McCartney immediately puts the young Lennon to task, teaching him how to tune his guitar in order to dominate mid 20th century high western culture. What is most intriguing about the book is the forensic dissemination of the great songs he wrote together with Lennon. In true McCartney fashion, the subtle barbary of dispensing song input percentages is in part a little insensitive considering Lennon’s absence, although a highly fascinating and recommended read for the passing fan. 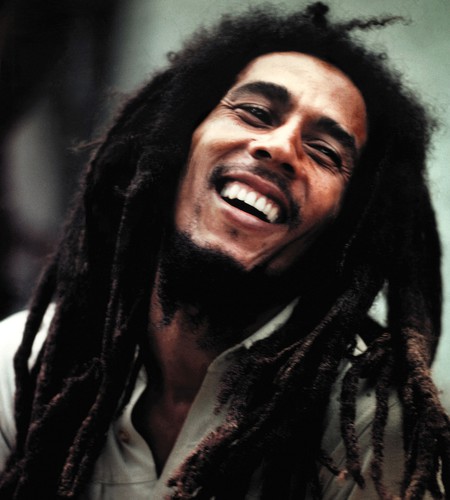 Chris Salewicz’s biography of Jamaica’s most successful musical artist is a must-read for all music fans. Based around the nuts and bolts of Marley’s songs and recordings rather than the psychology of the man himself, it offers deep insight into the germination of many of his great songs, with interviews from those who knew Marley and The Wailers best. A welcome backdrop to both Jamaican history and Jamaican musical history strengthens the books directive, as the simplicity of Marley’s truly impoverished beginnings gives way to his spirit and undeniably principled strength of character oozing through every gathering page. His message and lyrical teachings of love, unity and Rastafari are all laid bare and respectfully analysed as the well-worn post-colonial tale of ugly politics and corruption hijacks Marley’s ideological vision of a reborn Africa. 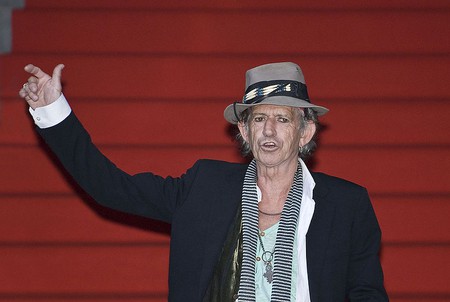 We’ve all heard Keith Richards’ achievement of reaching an impressive age debated about. However, once you’ve read Life you’ll be less inclined to second guess Richards’ apparent immortality. Life’s importance is in its lesson to all wannabe rock stars. Keith Richards’ cliché is reconstructed by an alert and keen musical student, fully in control of his own precious destiny. The staunchly loyal friend and band member proves his understanding of where the line exists between death and glory – his long sprawling heroin addiction is tempered by ‘treating’ himself to the drug on tour, but only on concluding the important business of writing and recording the album heroin free. This peculiar resolve and stubborn backbone proves in some part why the man is still alive today, and heralded at the top of his game with a musical history to match. 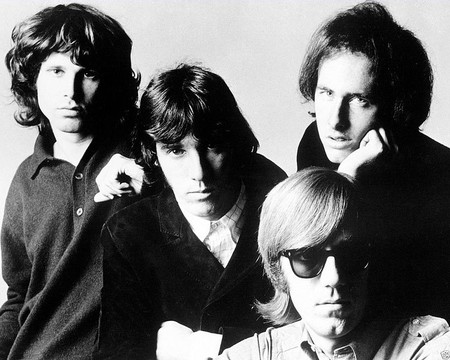 Light My Fire: My Life with The Doors

Some bands are ripe for copy, and The Doors’ Ray Manzarek’s intimate portrait of his burgeoning friendship with a young Jim Morrison only adds to their myth and Morrison’s legend. Doused in the hazy warmth of mid 1960’s California heat, Manzarek and Morrison’s days are spent pop star training on the Venice beach monkey bars, readily preparing themselves as the subverts champions. The intimate fly-on-wall documentation of the 4 players’ personalities, friendships and songwriting process is insatiable. More than anything, Manzarek’s biography reminds and informs us of the colossal cultural artistic output of the last century through Manzarek’s hungry and tasteful eye. From his heady pre-fame U.C.L.A. days BBQ’ing to João Gilberto as the sun went down over his Venice beach terrace — to the bands’ comradery sculpting the brutalist clarity of their swan song L.A. Woman — Manzarek articulates The Doors’ existence as a perfect storm. 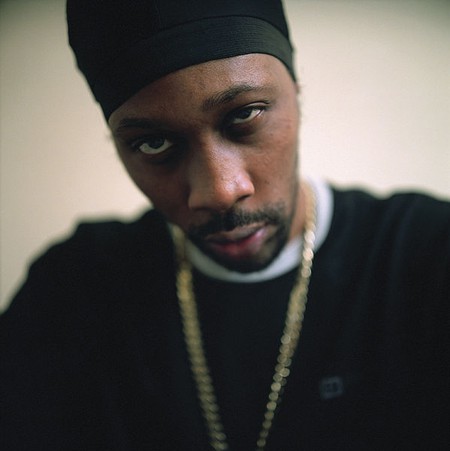 The Tao Of Wu

Wu-Tang Clan rapper RZA’s sequel to The Wu-Tang Manual is a philosophical book detailing its author’s enlightenment listed as seven ‘pillars of wisdom.’ Inspired by Hinduism, Buddhism, Christianity, Islam and his hero Bruce Lee, those familiar with the mind of the Wu-Tang Clan and in particular RZA will be aware of their incredible pedigree and RZA’s latent philosophy, which verges on numerological riddles but in fact may just be utter genius. RZA’s book is full of compelling world ideas but is maybe more interesting for its exposure of the various production techniques and equipment he used to form that most unique and revolutionary Wu-Tang template.