Formerly known as the Booker-McConnell Prize, The Man Booker Prize for Fiction is an annual literary award for an original piece of writing. Initially conceived as an award for only Commonwealth, Irish and Zimbabwean writers, the rules changed in 2013, and the competition was opened up to any English-language novelist whose work was published in the United Kingdom. Here is a list of ten Man Booker Prize winners you need to have on your shelf. 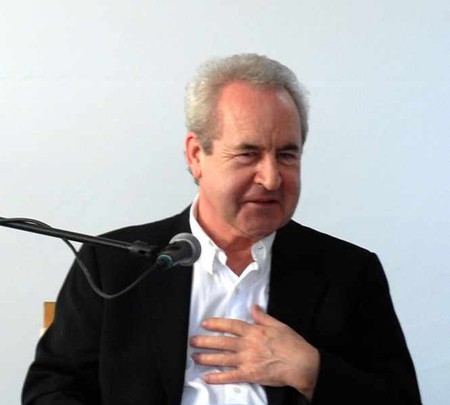 Irish writer John Banville won the coveted literary prize in for his work The Sea (2005). This novel recalls the life of the protagonist Max Morden, an art historian who reflects on major losses in his life. Banville also pens novels, plays and dramatic works under the pseudonym Benjamin Black. His works are imbued with dark humour and are written in a highly detailed, almost forensic style prose. His novels are extremely poetic and lyrical, and it is no surprise that Banville has been hailed as one of the greatest writers of our time. His style is said to pay homage to that of Vladimir Nabokov, the famous Russian-American writer of Lolita (1955), particularly for Banville’s poetic descriptions and his inventiveness. Banville is also noted for his various intriguing trilogies and captivating crime novels. 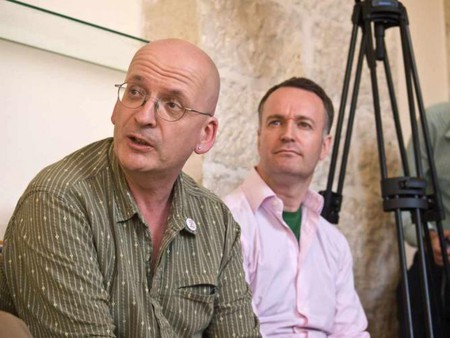 Winning the Booker Prize in 1993 for his work Paddy Clarke Ha Ha Ha (1993), Roddy Doyle is a renowned Irish writer known for highly humorous and dialogue driven works. Indeed, his prize-winning novel is told through the eyes of the protagonist Paddy Clarke, a ten-year-old working-class boy, with Doyle using colloquial language to convey Paddy’s accent and way of thinking. The novel is set in the fictional Barrytown in North Dublin, a setting that is used by many of Doyle’s other works, such as his Barrytown Trilogy. All the works from this trilogy, most notably The Commitments (1987), have been recreated on screen. Troubling themes of domestic violence and unemployment are portrayed through Doyle’s web of dialogue between his characters. An unconventional writer, his novels and works are vignettes that provide an insight into working-class Dublin life.

One of the most influential writers of the 20th century, Irish-born British writer Iris Murdoch won the Booker Prize in 1978 for her work The Sea, The Sea (1978). The novel details the obsessions of a playwright as he begins to write his memoirs. Jealousy, idolatry and vanity are key themes in this work as the protagonist becomes obsessed with his first love, Mary Hartley Fitch. Murdoch’s first published novel, Under the Net (1954), was also a breakthrough in writing, and was met with critical acclaim. Murdoch went on to receive a number of awards and honours, such as the Grande Dame of English Letters as well as a Dame of the British Empire. Her works are compelling due to their intricate attention to detail and the intense development of her characters. Readers are lead deep into the minds of her protagonists, with the unconscious a frequent motif in her works. Her style is often said to be influenced by notable writers such as Proust and Tolstoy. 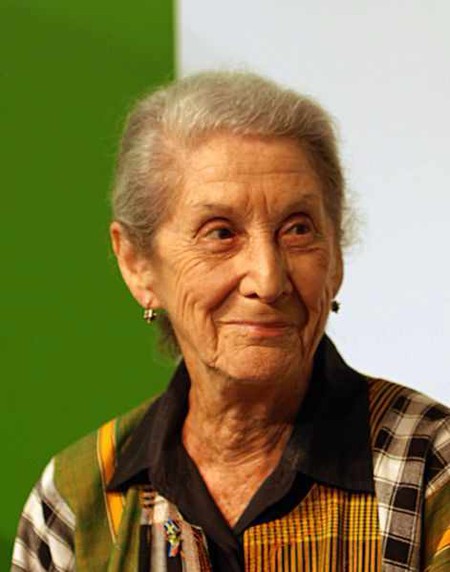 A South African writer, Nadine Gordimer won many awards for her works, which dealt with harrowing themes of apartheid and morality. Besides winning the Booker Prize in 1974, Gordimer also received the Nobel Prize for Literature in 1991. Throughout her life, Gordimer was an activist and a leading voice in the anti-apartheid movement, even helping edit Nelson Mandela’s speech while he was on trial. Active in politics, her works were often banned in South Africa due to their controversial and topical subject matter. She won the Booker Prize for her work The Conservationist (1974), an apartheid novel that deals with themes of identity and death. She shared this prize with Stanley Middleton. Nadine was also active in the HIV/AIDS movement and often fundraised for charities working towards prevention of the disease. 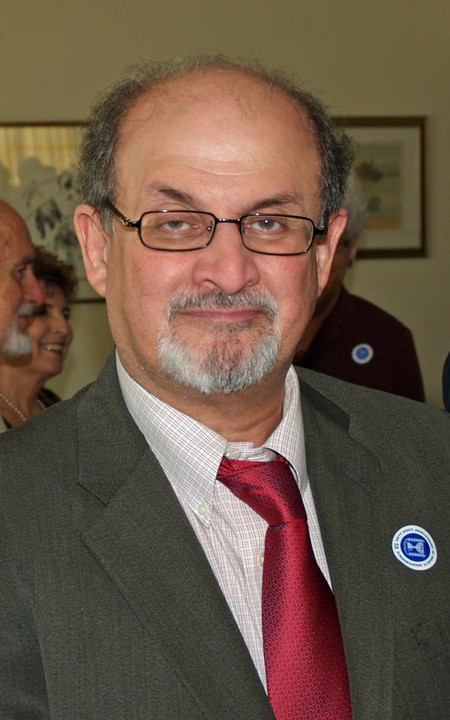 Winning the Booker Prize for his novel Midnight’s Children (1981), Salman Rushdie is a renowned British-Indian writer who is no stranger to controversy. His novel The Satanic Verses (1988) was met with much criticism from the Muslim community, with Rushdie receiving death threats, including a fatwā issued by Ayatollah Ruhollah Khomeini, the Supreme Leader of Iran. His works deal with themes of culture, identity and society. Many of his works are set in India and against the backdrop of India’s independence from Britain. His novels are written in the style of magical realism, creating a new perspective on historical events. Rushdie has received a number of accolades, such as being elected a fellow of the Royal Society of Literature, Britain’s senior literary organisation, in 1983 and receiving a Knighthood in 2007 for his services to literature. 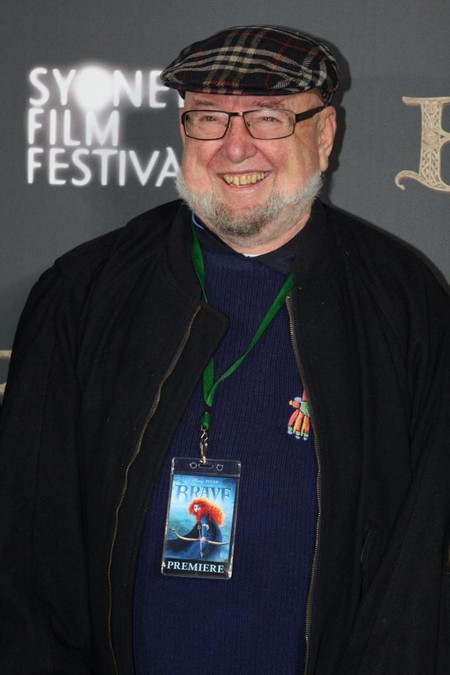 The Australian novelist Thomas Keneally won the Booker Prize in 1982 for his work Schindler’s Ark (1982), which was later published and adapted into the film Schindler’s List. By 1982, Keneally was already a household name in the Booker Prize, having been shortlisted three times during the 1970s for his works The Chant of Jimmie Blacksmith (1972), Gossip from the Forest (1975), and Confederates (1979). His Booker Prize-winning novel tells the story of Oskar Schindler, a member of the Nazi Party, who becomes an unlikely hero when he saves more than a thousand Jews from being sent to concentration camps. The novel is a work of historical fiction — the people and places are real, but Keneally has created the events. The novel is one of his most celebrated works.

With a strong academic background in art history, Anita Brookner is best known in literary circles for her Booker Prize winner, Hotel du Lac (1984). This novel centres around the protagonist Edith Hope and her stay at a hotel on the edge of Lake Geneva. The book describes Edith’s encounters with various other visitors and explores themes of identity, love and deceit. Besides being an acclaimed author, Brookner became the first woman to hold the Slade Professorship of Fine Art at Cambridge University. She was also Reader at the Courtauld Institute of Art and awarded the Commander of the Order of the British Empire (CBE) for her work. Brookner publishes a novel nearly every year. Her most recent novella, At The Hairdressers (2011), was published as an ebook. 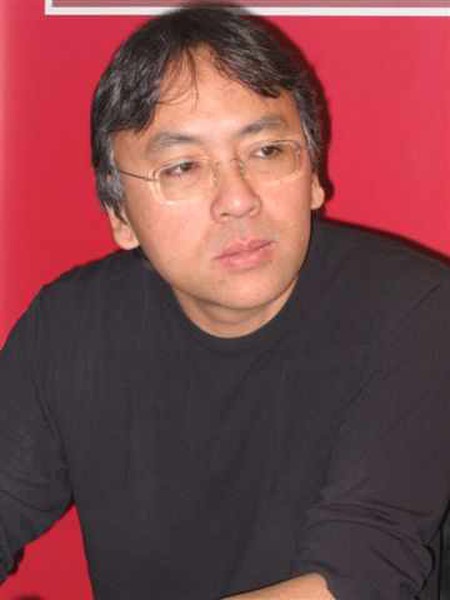 Born in Japan but moved to England when he was five, Kazuo Ishiguro is one of Britain’s most celebrated contemporary writers. Ishiguro often makes it to the Booker Prize long lists and shortlists. His breakthrough year was 1989 when he won the prize for his novel The Remains of the Day (1989). This was subsequently made into a film, which was nominated for eight Academy Awards, in 1993 starring Anthony Hopkins and Emma Thompson. This novel follows a similar style to Ishiguro’s previous works in that the story is told through first-person narrative. Human failings and flaws are revealed to the reader through the descriptive narratives. His novels often end without much resolution too, keeping the reader engrossed in his works long after they have closed the book.

Winner of the 1991 Booker Prize, Ben Okri is a Nigerian author and poet whose award-winning book, The Famished Road (1991), is part of a trilogy of works that revolve around the life of its narrator Azaro. Azaro is a spirit child, and the novel explores traditional aspects of African life, specifically Nigerian. The trilogy also probes the turmoil and aftermath of Nigeria’s turbulent social and political history. Okri’s work is discursive and hard to categorise. His works are often a mixture of realism, existentialism and folklore. His novels are inspired by philosophical texts, and Okri has cited Francis Bacon and Michel de Montaigne as key influences to his style and approach to writing. He is also a poet, with works, such as his epic poem Mental Fight, receiving similar critical acclaim as his novels.

Born in Sri Lanka but raised in Canada, Philip Michael Ondaatje shot to literary fame when he won the Booker Prize in 1992 for his work The English Patient (1992). This was adapted into a film of the same name in 1996, which itself won the Academy Award for Best Picture and numerous other awards. Besides winning the Booker Prize, Ondaatje’s novel also won the Canada Australia Prize and the Governor General’s Award. The book charts the relationships between four characters: a patient with severe burns, a nurse, an Army sapper and a thief. Ondaatje has received a number of other awards and titles for his works, with many of them adapted to film and theatrical productions.

Julie Daunt is a 24-year-old Art Historian and writer from Cork in Ireland. She has a Masters in Modern and Contemporary Art History, and is currently studying an MSc in Computer Science Interactive Media. When she is not dying her hair blue or pink, Julie loves experiencing new cities, soaking up their art, food and culture. Follow her on Twitter and Instagram.