10 Famous British Artists Who Exhibited at the Venice Biennale

The Venice Biennale is the world’s most prestigious international art exhibition, displaying work by prominent artists from all over the world. Many artists who exhibit at the Venice Biennale go on to become household names, helped by the exposure and acclaim of the event. We highlight ten top artists who represented Great Britain at the British Pavilion before going on to become some of the most well-known figures in modern British art. 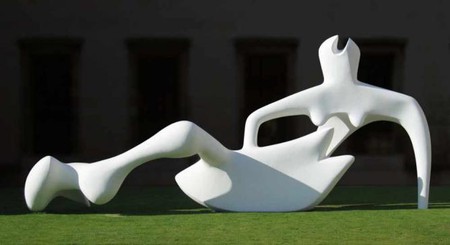 Considered to be the seminal figure in British sculpture, Henry Moore (1898-1986) is known for his large-scale, semi-abstract sculptures in bronze and marble, which explore the human form. His sculptures can today be seen as public works around the world. Moore exhibited three times at the Venice Biennale at the height of his fame in the 1940s and 50s. His work had an enduring influence on modernist sculpture even after his death in 1986, and he has been the subject of countless retrospectives at major galleries around the world.

Margaret Thatcher once described him as ‘the man who paints those dreadful pictures,’ but Francis Bacon nevertheless remains one most famous British figurative painters of the 20th century. His raw, expressive style of painting twisted and distorted the faces and bodies of his subjects almost to abstraction. Often depicting the artist’s friends and lovers, his work evokes post-war melancholy and alienation. Bacon exhibited three times at the Venice Biennale, and major surveys of his work have been held at major institutions including the Tate Britain, the Metropolitan Museum of Art, and the Los Angeles County Museum of Art. 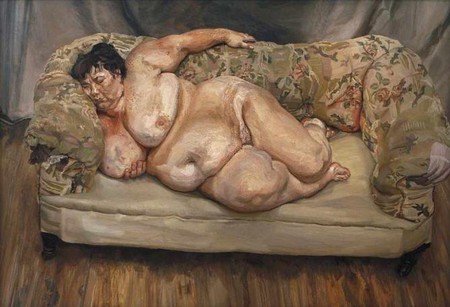 Known for his portraiture (particularly his fleshy nudes), Lucian Freud (1922-2011) exhibited at the 1954 Venice Biennale early in his long career, and again in 1982. While his early method displayed a controlled formality, exemplified by works like ‘Girl with a Kitten,’ Freud soon developed his own genre-defying brand of realism, using thick impasto paint to render faces and bodies in harsh, clinical detail. He often painted people he knew, saying, “I paint people, not because of what they are like, not exactly in spite of what they are like, but how they happen to be.” Freud remains one of the most well-known British artists, and recent retrospectives of his work have been held at the Tate Britain, the Museum of Modern Art, and the National Portrait Gallery. 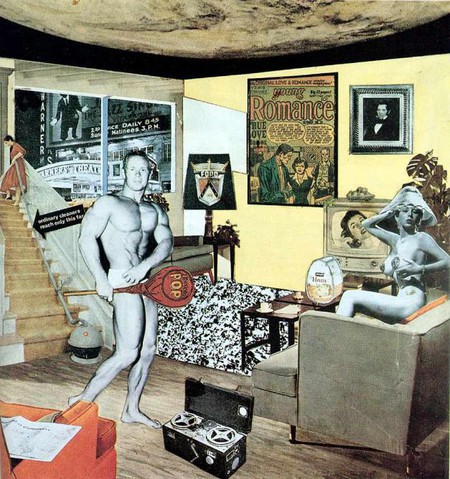 ‘Just what is it that makes today’s homes so different, so appealing?’ (1956) by Richard Hamilton | © Ian Burt/Flickr

Recently the subject of a major retrospective at the Tate Modern, Richard Hamilton (1922-2011) is a British pop artist, known for his paintings and collage work. His most famous collage, ‘Just what is it that makes today’s homes so different, so appealing?’ is considered to be one of the earliest examples of pop art. Hamilton first exhibited work at the Venice Biennale’s British Pavilion in 1976, and again in 1993, where he also won the prestigious Leone d’Oro for Lifetime Achievement. 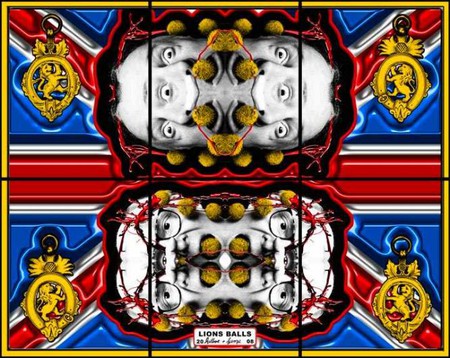 Idiosyncratic duo Gilbert and George have exhibited at the Venice Biennale five times. They are known for their early performance pieces (notably ‘The Singing Sculpture,’ in which the artists sang Flanagan and Allen’s song ‘Underneath the Arches’ for hours on end from atop a table) and their graphic, photo-based artworks. Their slogan ‘Art for All’ reflects Gilbert and George’s anti-elitist approach to contemporary art. Their 2005 retrospective at the Tate Modern was the largest retrospective the gallery has ever hosted. 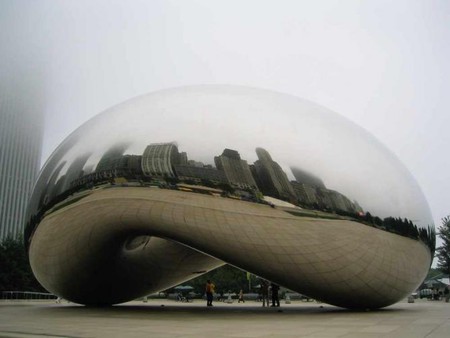 Anish Kapoor (1954- ) was born in Bombay, and moved to London to study art in the early 1970s. His monumental biomorphic and geometric sculptures vary in color, scale, and form, exploring negative space and evocative shape to create mythological resonances. Many of his most famous works are public sculptures, including ‘Cloud Gate’ in Chicago’s Millennium Park and ‘ArcelorMittal Orbit’ in London’s Olympic Park. Kapoor participated in the Venice Biennale in 1982, 1990 (where he won the Premio Duemila), and 1993. He won the Turner Prize in 1991, and continues to exhibit at major institutions around the world. 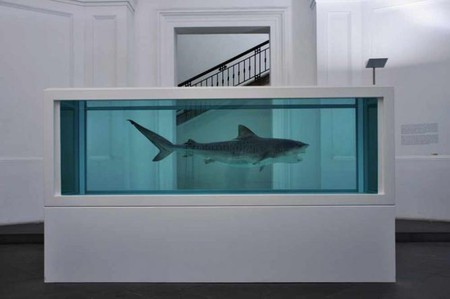 As one of the most expensive living artists in the world, with work regularly fetching seven- or eight-figure sales, Damien Hirst (1965- ) is a formidable figure in the contemporary art world. Hirst is one of the leading figures from the Young British Art (YBA) movement of the 1990s. His best-known work, a shark suspended in formaldehyde entitled ‘The Physical Impossibility of Death in the Mind of Someone Living,’ is typical of Hirst’s art, which invariably investigates the lines between life, death, and art. His work is often controversial due to its difficult subject matter; however, Hirst remains one of the most infamous and popular artists of his generation. 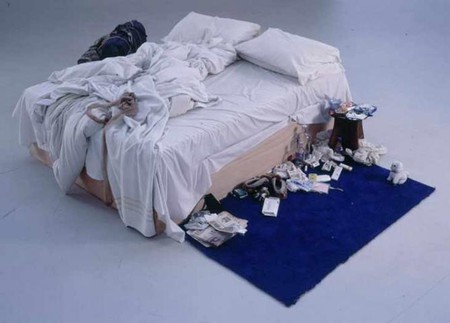 Another YBA, Tracey Emin (1963- ) is known for her highly personal and confessional paintings, neons, drawings, readymades, and installations. Her 1999 Turner Prize nominated ‘My Bed’ consists of the artist’s bed in an abject state after a period of suicidal depression: condoms, tampons, tissues, slippers, and bloodied underwear litter the unmade sheets. The work caused a media furor, and catapulted Emin to notoriety. Her unapologetically intimate work engages with universal emotions, closing the gap between the artist’s personal life and the viewer. Emin represented Great Britain at the 2007 Venice Biennale. ‘My Bed’ has recently returned to the Tate Britain for the first time since its Turner Prize nomination, and will be on display at the gallery until June 2016. 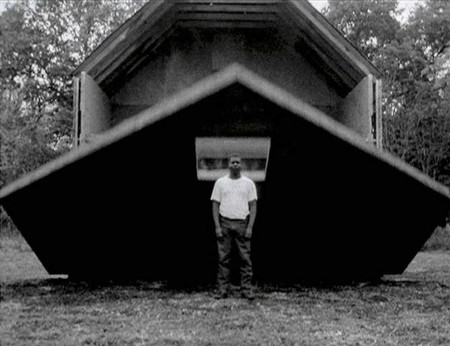 Steve McQueen (1969- ), director of 2012’s Best Picture Oscar winner 12 Years a Slave, is also a critically acclaimed video artist. In 1999, his film piece ‘Deadpan’ beat out Tracey Emin’s infamous ‘My Bed’ for that year’s Turner Prize. His video works blur the line between the worlds of art and film, often exploring complex themes of race, sex, and human vulnerability. McQueen exhibited at the 2009 Venice Biennale and continues to make highly successful films and video art. 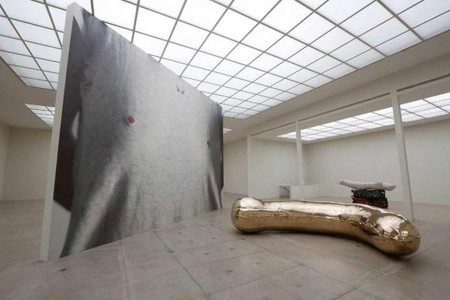 Like Damien Hirst and Tracey Emin, Sarah Lucas (1962- ) is one of the most enduring artists of the YBA generation, and will represent Great Britain at this year’s Venice Biennale. Often using food and furniture to represent the body in sculptures and photographs, Lucas’s work revels in bawdy visual puns and humorous euphemisms. It is confrontational and crude, yet also highly conceptual and referential. ‘Two Fried Eggs and a Kebab,’ which is composed of exactly what its title suggests, reduces the female body to its base sexual parts, provoking both disgust and amusement from its viewers. In 2013, the Whitechapel Gallery hosted a major retrospective of Lucas’s work. 2015 will mark the first year Sarah Lucas represents Britain at the Venice Biennale.