Why Sound Systems Are as Important as Music 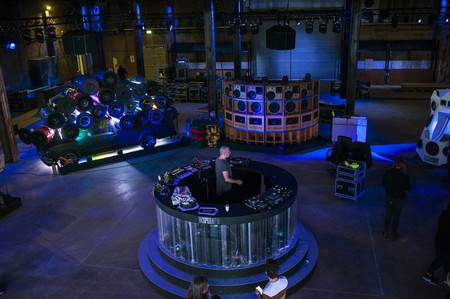 It seems obvious when you think about it, but how much attention do you normally pay to sound systems when you’re on a night out? We take a look at the unsung heroes of the music world and find out more about some of the best sound systems around. 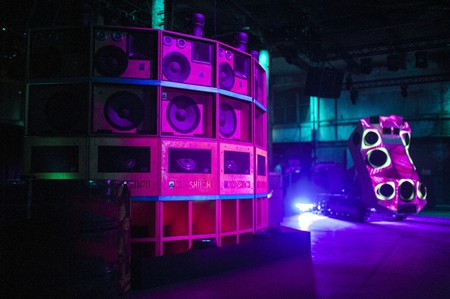 Originating in Jamaica, the term ‘sound system’ refers to a phenomena from the 1950s which saw DJs load up vans and utility trucks with large generators, turntables and speakers. The aim seems self-explanatory – to bring music to the masses, wherever they are. Although the term has moved on from its original meaning, sound systems are still very much a part of the modern free party scene, and are even flourishing thanks to a shift towards all things retro.

When the UK saw many Jamaican immigrants arrive between the 1950s and 1960s, music played an important role in how these new citizens were welcomed to the country. There is still a huge cultural significance attached to sound systems and the types of music that evolved from the era. Kingston, the capital of Jamaica, is still seen as the birthplace of many varieties of music, and sound systems played an important part in these developments. 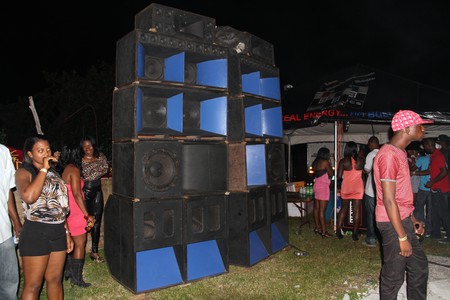 A Sound system in action | © Wikicommons

Recently in Amsterdam, DJ KiNK showcased some of the best rigs in Europe at Sound Stage: W.T.F. We took a closer look at the custom-built sound systems which partygoers and KiNK played as instruments to create a track in real time.

Feeding into the journey we’ve outlined, Mikey Dread and his brother Jah T took over the running of their father’s rig way back in 1979. Since then they have toured the world and specialise in bringing reggae to different places. They are a British institution and at the Sound Stage event they were letting partygoers create distinctive loops to the beats of DJ KiNK.

This triumvirate of industrial-looking sound systems from The Netherlands are also regulars on the party scene. King Shiloh has pounding drum pads ready to beat along to, and the effect is impressive. Another drum-based mechanic is featured on the GoedBezig, which also happens to be built out of a car. This harks back to the origins of the sound systems. 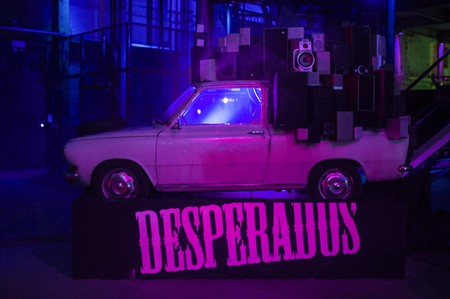 Finally we have the theremin-playing sounds of the Olaf Mooij. The retro feel of the car works with the general aesthetic, and its one of the favourites on the touring circuit.

This impressive beast of a sound system is purpose built by German Nik Nowak. Reverb is the name of the game here, and as you can see it is impressively designed to handle all the top notes. The interactive element comes from partygoers being able to raise their hands in time to the music. 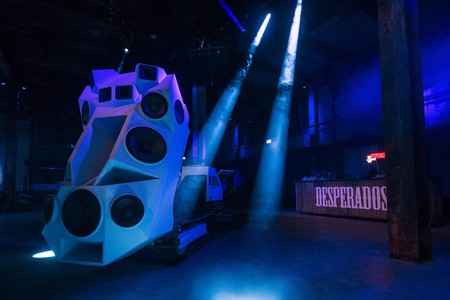 Inspired by the most famous street party in Europe, French pioneers Legal Shot looked to Jamaica to get their sound system just right after a revelatory experience at the Notting Hill Carnival. The look is similar to that of Channel One, which isn’t all that surprising given that they both have roots in Kingston. 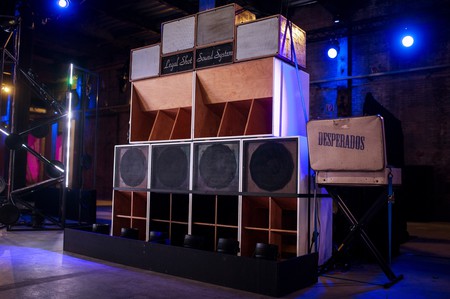 The most visually impressive sound system on display at Desperados W.T.F. Sound Stage was easily the German outfit that lived up to their name. Uniquely designed with festivals in mind, Realhorns amplify sound. Horns in general have been used from the early days of electronic music for this quality. 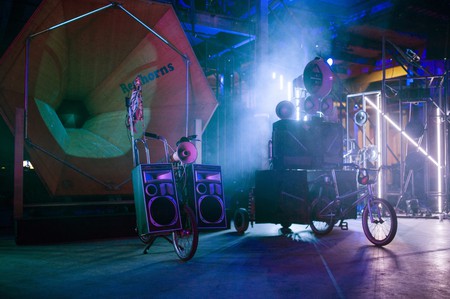 Sound systems have come a long way from the streets of Jamaica, but the spirit of bringing live music to partygoers remains a constant.