What's on in Amsterdam in January 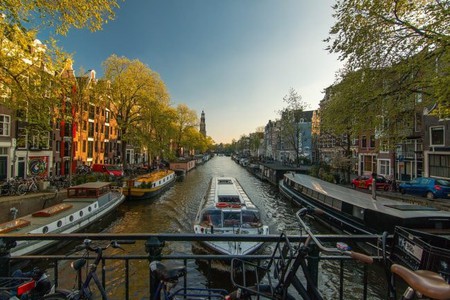 Amsterdam’s cultural calendar stays strong even during the coldest month of the year and many important events, fairs and festivals take place in the city over January. These awesome events include several wintry spectacles such as the city’s annual Lights Festival or World Christmas Circus as well as other important celebrations that highlight Amsterdam’s diverse cultural sector.

Mercedez-Benz FashionWeek comes to Amsterdam every six months and always attracts leading designers from the Benelux region and beyond. The fair’s program is spread out over several days in January and features many events that are designed to highlight contemporary developments within the fashion world.

World Christmas Circus will once again return to Amsterdam’s Royal Carré Theatre and perform blow out shows between December and January. The circus has taken place in Amsterdam for over 30 years and features some seriously talented performers including clowns, acrobats and horse trainers.

Amsterdam’s Light Festival continues until mid-Janaury and revolves around specular, fluorescent artworks that are installed throughout the city’s most famous neighbourhoods and waterways. The festival organises special boat tours during this magical event which allow participants to experience these wonderful artworks while travelling through Amsterdam’s historic canals.

During one weekend every year over 30 hotels around Amsterdam offer residents incredible discounts on rooms. This project allows locals to experience a completely different side to their hometown and enjoy some luxurious, downtime without leaving Amsterdam. Most hotels organises special events over this weekend which are only accessible to guests.

There’s always an incredible selection of whisky (or whiskey) available at this aptly titled winter festival in Amsterdam. Aside from Scottish and Irish variants, the festival also showcases casks from other less well-known distilleries including producers based in countries like the Netherlands or Norway.

This colourful event marks the beginning of the floricultural season in the Netherlands and has taken place on Amsterdam’s Dam Square since 2012. On this date thousands of tulips are planted on the square and people are encouraged to pick, then arrange their own bouquets.

This weeklong theatre festival centres around improvised comedy and offers aspiring comedians the opportunity to hone their skills at workshops and courses. The festival’s programming also includes improv shows that are helmed by professional comedians.

The 59th edition of Jumping Amsterdam will take between January 25th to 29th in the city’s RAI Conference Centre. The event ranks among the most important equestrians tournaments in Europe and includes show jumping and dressage competitions.