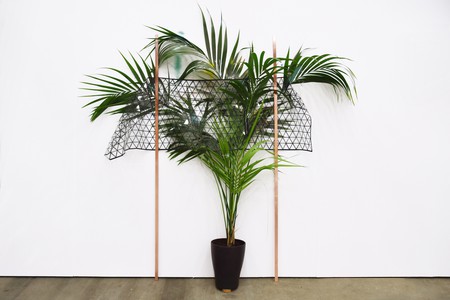 Folke Janssen is truly a remarkable artist. Although Folke initially never intended to pursue an artistic career, his time studying at AKV St. Joost in Breda encouraged him to channel his lifelong interest in the geometric and analytical side of things, into producing some truly unique and conceptual pieces of art. Here, Janssen discusses the development of this style, and the driving forces behind his works. 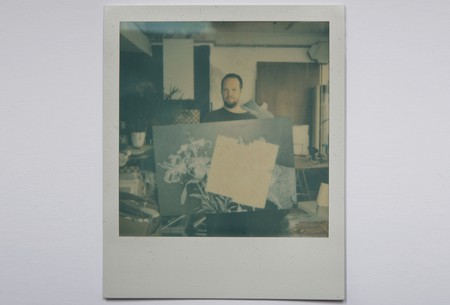 Tell us about the first moment you knew you wanted to be an artist.

I studied Law for two years, but never saw these studies through to the end; instead, I then worked with homeless people for the following four years. After this, I was in need of a change. Although a lot of my friends were artists, I didn’t enter the Academy to become an artist myself. I wanted to surround myself with creative processes and develop my way of thinking, regardless of what I would eventually choose to do. However, within a month at the Academy it was clear to me that I wanted to be an artist. It felt as if different aspirations from previous endeavors, such as conceptual thinking, intuition, and developing material skills, came together in this one discipline.

Would it be correct to say you have a very geometric vision when it comes to your artwork? Has this always been the case, or has your style gradually developed?

I think my works tend to fluctuate between geometric visuals. There are some series that lean more towards figurative or expressive visuals, but geometry will always be there to keep things in balance for me. On the one hand, this is due to my predilection for mathematics and geometry since I was a child – origami and doing math were among my first hobbies. On the other hand, I feel that the subversive quality of geometric aesthetics helps to develop an alternative attitude; an oscillating effect between a modernistic idealism and a postmodern cynicism. Since 2010, I started shifting my perspective towards the notion that there is a universal attractiveness that lies in geometry, a sense of ritual and belonging that, in this age of graphic consumption, also has the tendency to have a superficial entertainment value.

The relationship between people and visual culture also lies at the crux of your artwork. Can you tell us more about this motivation?

As an artist I’m interested in image production processes and the context they generate. I feel that the new ways in which people are producing and consuming images, mainly on the internet, not only offers new methods of developing imagery as a language, but it also sociologically tells us a lot about mechanisms of our Zeitgeist. For my generation, the language of imagery has evolved into social performances where curated and scripted realities merge with the ‘real’.

You have said before that, ‘when creeds appear to be empty, content will be declined to advertisements or self-promotional murmuring in a competitive market’. What did you mean by this?

This was from an exchange with Pascal Gielen about his book, Murmuring in the Artistic Multitude. Here he recognizes that, due to the infringement of market tendencies in cultural practices, forming collectives and developing strategies could ensure the socio-political viability of the creative sector. Many of these things are, in my opinion, self-promotional strategies, which can be observed by analyzing how (mainly) younger generations use their Facebooks, Tumblrs, Instagrams, etc. to curate or perform an ‘image’. So answering your question; I encourage some thoughtfulness in the creative sector, when treading into competitive markets and socio-political mechanisms. If expressions on basic values and content aren’t publicized consistently, it can quickly lose its relevance and authority – like many politicians and political parties nowadays. So, self-promote what you authentically uphold and don’t just try to meet short-term needs. 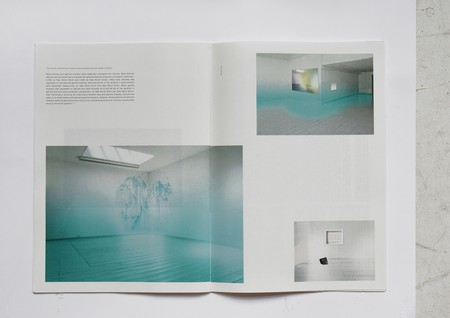 Something Like This But Not This | © Folke Janssen and Anita Hrnić

Do you have a favorite work from your oeuvre? If so, why?

At the moment it’s ‘Something Like This But Not This‘ from my 2013 collaboration with Anita Hrnić. It is a conceptual publication which contains our research on the strategy of documentation. A lot of our themes, such as scripted reality, presentational and representational models, digital versus the material, self-promotion and self-politics, crystalized and came together into one work. It also served as a great inspiration for a lot of my later glass sculptures and other projects.

Have you had any artistic disappointments in your career? If so, how did you fight them?

I don’t really see adversities as disappointments, so maybe that’s the way I handle them. Of course, there have been incidents from physical accidents, collaborations gone wrong, denied applications and works, or exhibitions that I eventually wasn’t happy with. But in a way I try to internalize what I can learn from these situations. I try to incorporate such an incident into my artwork. In that sense I’ve been told I’m sometimes too optimistic, but this approach enables me to focus on what is in front of me and what I really want to achieve.

What can we expect to see from you in the near future? Are you working on any particular projects at the moment?

At the moment I’m trying to develop performative ways in which to present my works of art. On the one hand I try to do this by looking at social behavior as a performance in the public sphere, and on the other hand by reflecting on how images are used in social media for these social performances. Creating images by normalizing objects and performances is one of my main focuses for my upcoming works. At the end of November there was a group show, HYPER/HYPER, in Den Bosch where one of the first of these outcomes was on display. 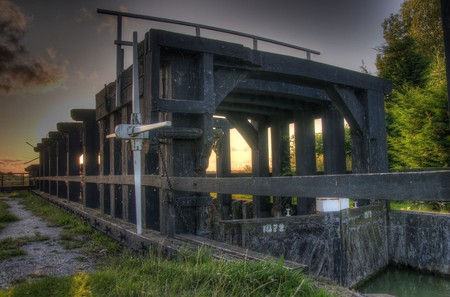 What took you to Rotterdam? Is there a thriving art scene there?

When I first arrived, I really liked the architecture and the space that you can feel around you. There is also a certain entrepreneurial spirit which I can recognize in myself too. The interesting art scene certainly attracted me, although I do spend a lot of time in Amsterdam as well.

What is the best gallery or museum for art lovers in Rotterdam?

I personally prefer current contemporary art exhibitions and, in the case of Rotterdam, I’d recommend Tent, Witte de With Center for Contemporary Art, and A Tail Of A Tub, which is a newer, smaller project space that currently presents interesting conceptual and theory based exhibitions. The Kunsthal and Boijmans van Beuningen museum are definitely worthwhile as well.

For people who like to be on a bicycle and explore natural areas, I would recommend cycling along the river, de Rotte. You can start from the center and it takes you to some very nice areas with dikes, windmills, and lakes. The landscaping is very typical of the Rotterdam region. 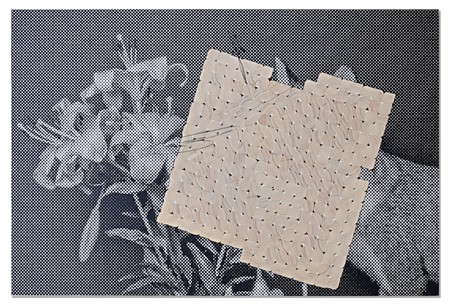 so i bring you flowers III | © Folke Janssen

Do you consider a country’s art galleries when you select your travel destinations? If you could take an artistic tour across one country in the world, where would you go?

Sometimes yes, sometimes no. For instance when we went to Rome, we planned our trip around discovering the culinary side of Rome. Our starting point was based on the question: where do the Romans drink their coffee, eat their cannoli, pizza, gelato etc.” While searching for these places we also learnt a lot about Roman life, architecture, and history. But on another occasion we were interested in how artistic practices developed in former Yugoslavian countries, and planned two round trips making appointments with artists, galleries, schools, curators, etc.

In terms of visiting a new country, I would have to say Japan. Culturally, it’s an enigma to me and I hope that will change soon.

If you could sit down and have a meal with one artist in the world, who would it be and why?

The first person that comes to mind is Raf Simons. I think what he does, especially his tenure at Dior and his recent choice to quit in order to preserve the integrity of his artistic process, is very interesting and exemplary. Otherwise, I’d choose Louis CK. I always like people who have things in common with me, but operate in different sectors.

If you had to have only one, which artwork would you hang in your living room?

I’m actually surprising myself thinking about this question. I don’t have any artwork in the living room. I’m thinking maybe an artwork could be too intrusive to have in the living room… like a type of music that can really distort one’s composure in a vulnerable moment.

What are you reading or watching at the moment?

I just finished an e-flux journal, The internet does not exist, which included essays by Bruno Latour, Hito Steyerl, Julian Assange, and many more.

Henry Miller wrote 11 work schedule commandments in his book, Henry Miller on Writing. Number 7 is “Keep human! See people, go places, drink if you feel like it.” Do you have a particular morning routine or way of working which helps you to create?

Cycling and bananas! When working, I like to fill my head with ideas and thoughts to a point where it feels cluttered, and then I go for a bicycle ride after eating a banana. During the physical strain, the pieces of the puzzle usually come together. It clears my mind and usually provokes most of my breakthrough thoughts or ideas. That’s what cycling and bananas induce for me.