Dutch Foods You Should Try In The Netherlands 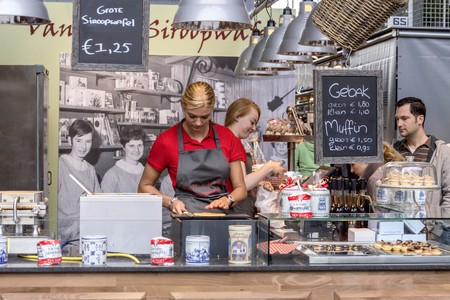 Combining Northern European staples with New World flavours, the Netherlands has developed a unique cuisine that is known for its hearty meals, and diverse snacks. These culinary delights can be enjoyed with a local beer, or creamy Dutch latte. Here are some of the tastiest dishes you can find in the Netherlands; all of which are available throughout the country thanks to many up and coming Dutch chefs.

As a maritime nation, it is unsurprising that a large part of Dutch cuisine revolves around seafood and although the freshest mussels are found in coastal towns, these shellfish are sold in many parts of the Netherlands. Served in a seemingly bottomless pot, mussels are cooked in a variety of sauces and eaten with thick, Dutch fries. While restaurants provide knifes and forks, many people prefer the mussel’s shells to cutlery, using them as makeshift pincers to pick up fries and dip them in mayonnaise. 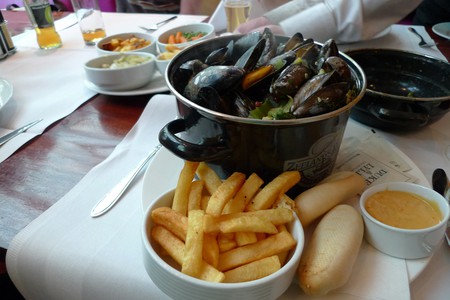 Originating from Indonesia, this spicy peanut sauce has become a popular addition to Dutch cuisine. Readily available from Indonesian restaurants, it is usually poured over chicken or pork kebabs and served alongside rice and salad. Now something of a Dutch speciality, many street-vendors and pubs offer it as a condiment, serving it on top of french fries as an alternative to mayonnaise. 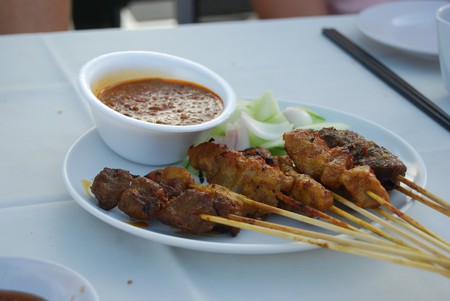 These deep-fried meatballs are traditionally enjoyed among friends alongside a round of beers. Greasy and delicious, bitterballen are usually dipped in a mild mustard and eaten with your hands or a toothpick. Most pubs serve them as a snack. 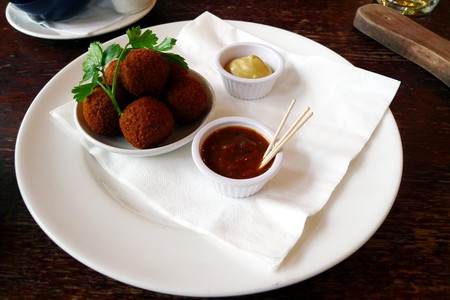 A dish with a unique history, roti was originally invented in India and then travelled across the Atlantic to the Dutch colony of Surinaam. There it was combined with local spices and flavours and transported to the Netherlands by South-American immigrants. Centred around a flatbread, from which it derives its name, roti is usually accompanied with curried yard-beans and a colonially influenced chicken masala. Rich and colourful, roti can be found in many of the Surinamese restaurants that populate the Netherlands. 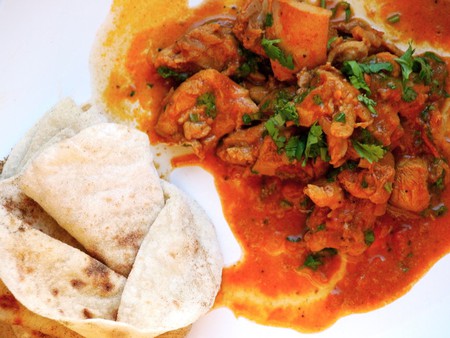 Much like the rest of Northern Europe, the Dutch love potatoes and many of their staple dishes are based around this versatile vegetable. A national favourite, stamppot is made by mashing potatoes together with one or two seasonal vegetables. Sausages or bacon are then placed on top of the mashed ingredients and covered with cheese, making a filling meal which is especially enjoyable during cold or wet weather. Most traditional restaurants serve stamppot and it can easily be adjusted to meet vegetarian needs. 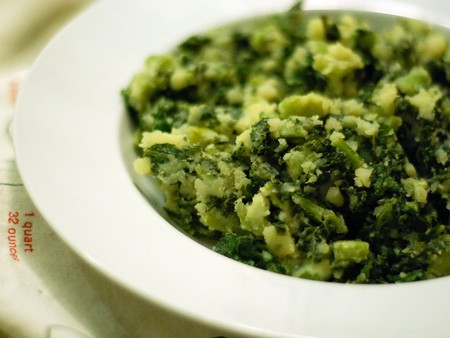 A common, summer-time snack, raw herring is sold throughout the Netherlands from small street side kiosks. Pickled in brine, the herring is served cold and is somewhat sweeter than might be expected. It can be eaten alongside bread, onions and pickles, or you can try it the Dutch way by pinching the fish at its tail, then letting it hover over your mouth as you take small upward bites. 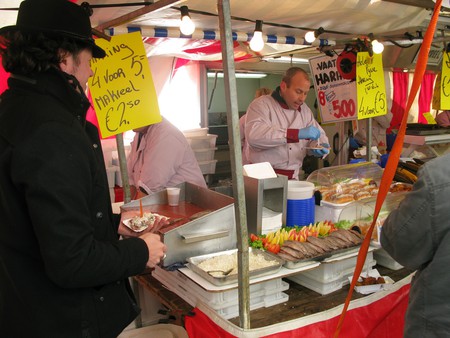 Tompoes is a cream-filled dessert held together by two long pieces of puff pastry and topped with pink icing. This creamy treat is eaten with tea or coffee and sold in bakeries and supermarkets throughout the Netherlands. People have a hard time deciding how to consume tompoes, with some preferring to cut it into smaller manageable portions while others take large bites from of one of its ends, often expelling cream out of the other. 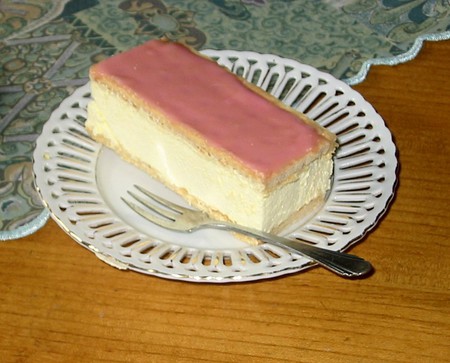 Another deep-fried speciality, frikandel is a long, spicy sausage that can be eaten by itself or with french fries. Anyone looking for novelty should purchase it from one of the Nertherlands’ infamous vending machine cafes. Cutting out the middle man, these cafes serve food from clusters of microwave-sized boxes, with customers inserting coins to retrieve their orders. 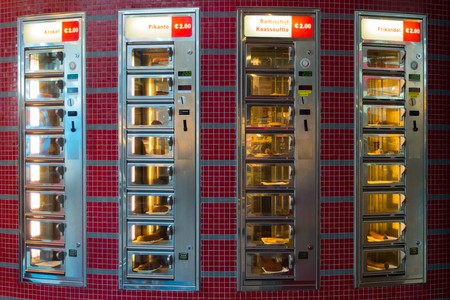 Stroopwafels are a Dutch take on a Belgian classic. These thin, flat waffles are filled with sugar syrup and melt delicately when dipped into coffee. Many markets across the Netherlands sell freshly baked stroopwafels and cafes often serve them alongside hot drinks. 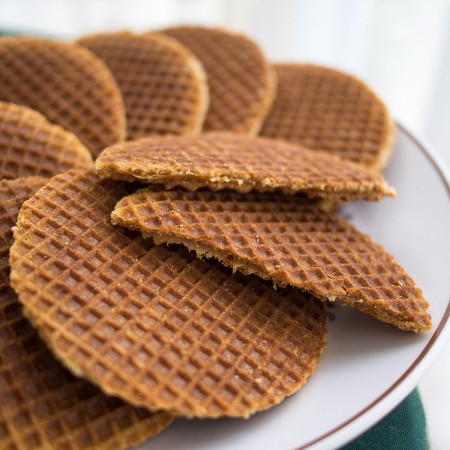 Stroopwafels | © Takeaway / Wikicommons
Give us feedback