The Top 10 Things To See And Do In Amsterdam-Noord 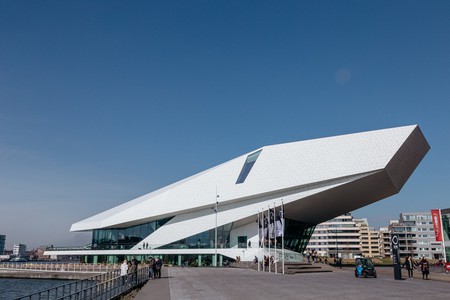 Amsterdam’s hippest area, the uptown, also known as Amsterdam-Noord, is full of things to see and do. It officially became part of the city in 1393 and used to be an area where heavy industry was concentrated, but nowadays artists and young people have populated the area, making it the perfect mix of the urban and the creative. Take a free ferry there and explore the top attractions.

Hang out at NDSM Werf

NDSM Werf is the most famous attraction in Amsterdam-Noord. It used to be a shipyard but it has been refurbished and is now a hip skate park, where visitors can see Amsterdam’s youth hanging out and having a good time. Other parts of this site have been transformed into restaurants, offices, workshops for the many artists who have relocated to this area of town, and, of course, art galleries. There is also space for a multipurpose area that is used for bigger events such as concerts and, several times a month, for some of Amsterdam’s best flea markets. 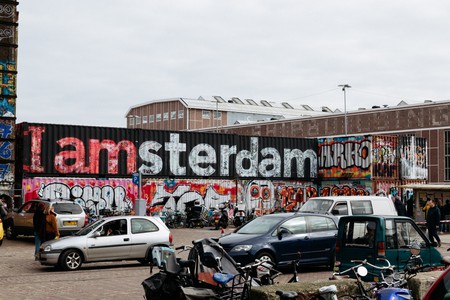 The EYE Film Institute is another of the most iconic landmarks of Amsterdam-Noord, located on the north side of the Central Station. As the institution’s name suggests, it is dedicated to cinema and movie making. They often have original and interesting exhibitions that centre on films from all over the world. The building contains four different movie theatres, a huge exhibition area and an even bigger library dedicated to film. There is an entrance fee for most exhibitions, but the permanent collection is free to visit. 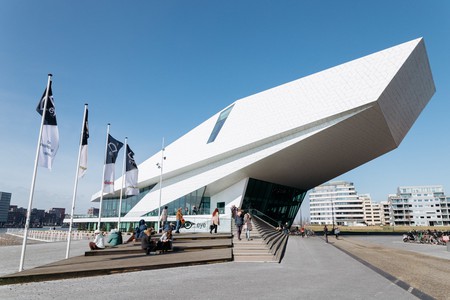 This vast concert hall is another of the main highlights in this part of town. It opened in 2005 and is much appreciated by both the locals and tourists. Their program is anything but dull, since their aim is to promote innovative ways of performing music for a mixed audience that comes from all corners of the world. Apart from the exciting concerts that take place here, the Muziekgebouw is also worth visiting for its temporary exhibitions, which usually revolve around the works of famous artists. 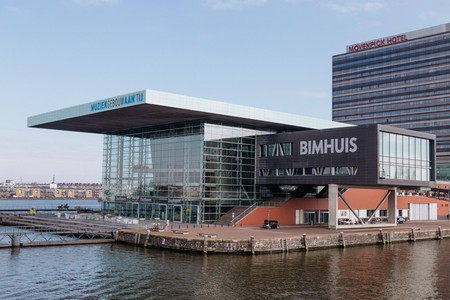 The Bimhuis jazz venue, although it shares its space with the Muziekgebouw, is its own unique institution, and has a lot of character. The seeds for this locale were sown in the 1970s, when it became an area where the locals would go and play jazz. It is now a famous establishment, and some of the best artists come here from abroad to perform on its stage. It puts on around 150 shows per year. 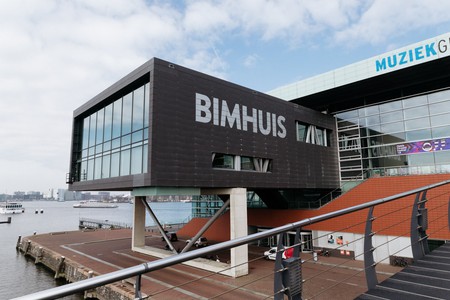 This market space has recently been renovated and it is now looking fresher than ever. The unique thing Pekmarkt are the themed market days, so visitors can pick what day suits them best to go and explore the many different types of produce on offer each day. Fridays for example see the installation of an organic market, whilst on Saturdays vendors sell vintage products, such as handbags, shoes and clothes. It is pretty close to the EYE Film Institute, so for those who are still feeling adventurous it is a great place to go after having visited the museum. 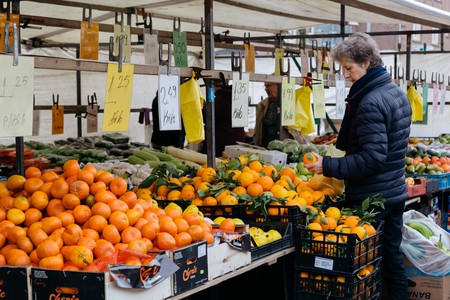 Make the most of Amsterdam-Noord’s dining scene

Amsterdam-Noord has a brilliantly creative dining scene. Pllek is a creative restaurant inside a shipping container, centred on serving eco-friendly meals that are also exquisitely tasty, so visitors need not feel guilty about enjoying their delicious dishes. As if anyone needed any other reasons to go, Pllek also has spectacular views of the city. De Ceuvel, is another example of the area’s great restaurants, with an innovative and sustainable approach to serving food. 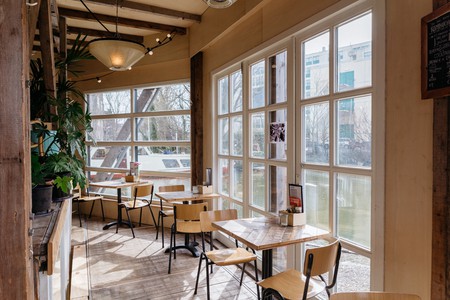 This is the place for fans of architecture and science. This innovative locale is dedicated to printing 3D blocks in order to build the world’s first-ever 3D printed canal house. The research group behind this also managed to get their hands on the biggest 3D printer in the entire world, and public access is permitted to view their work on the canal house. Those who are truly passionate about the subject can arrange private tours and enjoy the area at their own pace. 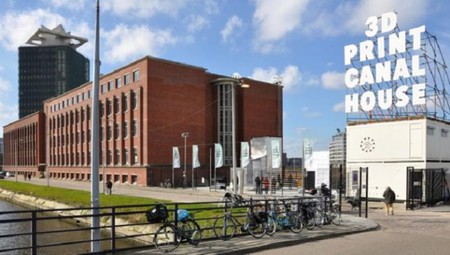 Rent a bike and ride around Noorderpark like a local

There really is no better way of exploring Amsterdam than by riding a bicycle, and the Noord is no different. Tourists can explore the older part of the Noord on bike, and they will observe that this area of the city actually has a unique style; even the houses along the canals are different from those in the South. Those who are scared to ride a bike because of all the traffic and bumpy roads will quickly realise that North Amsterdam is probably the safest and quietest part of the city for cycling. 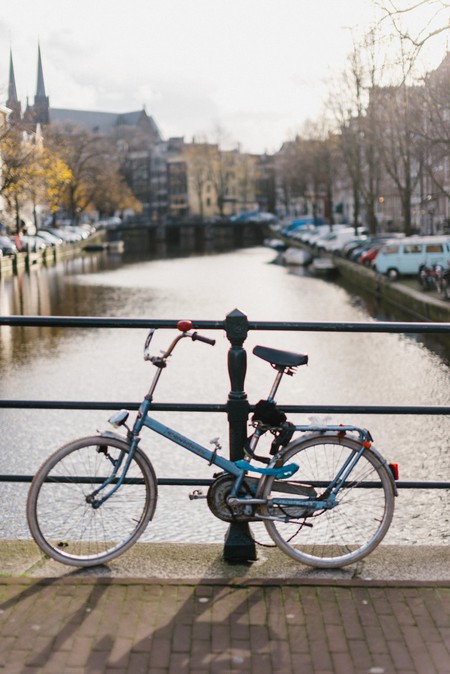 Have a drink under Windmill D’Admiraal

It is difficult to get more Dutch than drinking a Heineken near a windmill, so bring a beer and take some excellent photos at this site. Although it is becoming harder and harder to find traditional windmills in Holland, tourists who wander along the Noordhollandsch Canal will find this one. It was used to mill chalk, although from 1940 until 1954, when it stopped operating, it was powered by an engine and not by the wind. It has since been restored and is occasionally used to mill different materials. 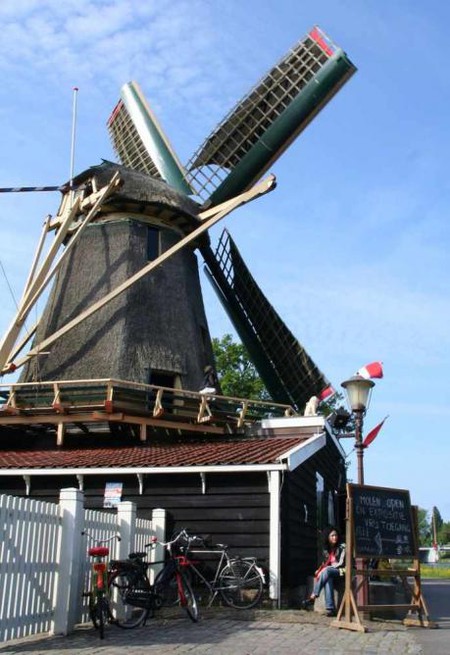 Take a trip on Pannenkoekenboot

Riding a boat on the canals is probably the number one thing tourists do in Amsterdam, and eating some traditional pancakes is surely not far behind, so why not combine the two as a way of experiencing all aspects of Dutch culture. The Pannenkoekenboot (the Pancake Boat) offers all you can eat pancakes whilst cruising along the river. Kids will love this, since there is a playroom for them in the hold with thousands of colored balls. 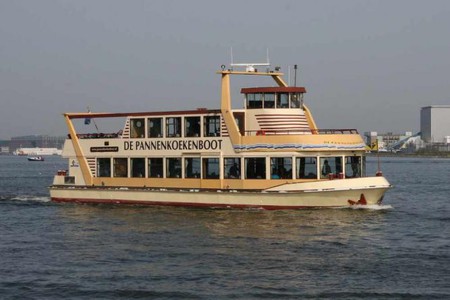