The Most Thrilling Adventure Activities in the Netherlands 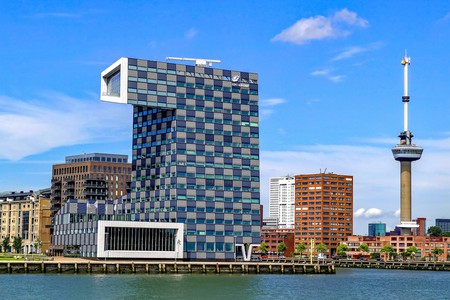 Aside from more gentle outdoor pursuits, like cycling and boat tours, it is also possible to undertake several exhilarating adventure activities in the Netherlands, ranging from bungee jumping to ice-skating.

Though it is small compared to most other European nations – and among the flattest places on Earth – there are a number of adventurous activities on offer in the Netherlands. Most of these activities centre around the country’s unique geography in some way by making use of the Netherlands’ proximity to the sea, stunning coastline or rugged countryside.

Zip-line or abseil down Euromast, Rotterdam

As Rotterdam’s Euromast reaches almost 100 metres at its peak, it offers panoramic views across the city and its surroundings. The tower welcomes visitors every day of the week and contains several sky-high facilities, including an observation deck, gourmet restaurant and two exclusive suites that are perched on its upper levels. After climbing the tower, Adrenaline junkies with €55 to spare can descend from its observation deck via a zip-line that takes 15 seconds to reach the ground or abseil vertically down its side. Experienced climbing instructors supervise these descents and both options are available to anyone over the age of 16.

Obviously, it is worth prepping yourself before undertaking either hair-raising descent, but otherwise, zip-lining or abseiling down Euromast is relatively straightforward and supervised by professional instructors. Potential participants can book spots in advance or simply roll up to Euromast and ask about either option (when the facilities are open, during the weekend). 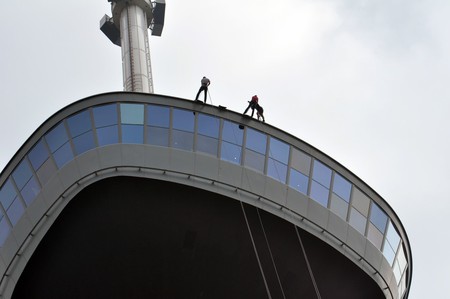 Climb the tallest free-standing climbing wall in the world, Groningen

Named after King Arthur’s legendary sword, Excalibur, this gigantic free-standing climbing wall in Groningen requires mythical levels of skills to conquer. Due to its mammoth height, harsh incline and 11 metres of overhang, only experienced climbers are allowed to scale Excalibur without being guided by an instructor, but must nonetheless ascend the wall with an equally accomplished climbing partner. The wall is 37 metres tall and curves outward from its centre, creating some serious overhang, which is notoriously difficult to master. Anyone that manages to reach its peak can relax on a small observation platform that looks onto Groningen and the city’s surrounding countryside.

Excalibur is part of a larger climbing facility called Bjoeks, which features several other walls and bouldering terrains. Climbers of all proficiencies are welcome at Bjoeks and the organisation offers many different courses and pricing packages. 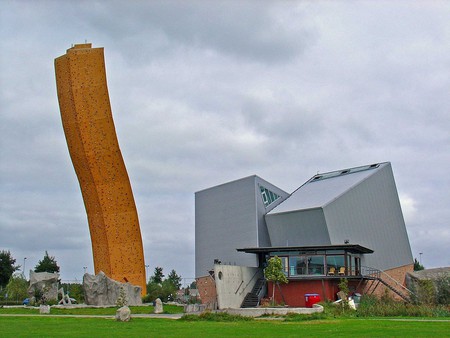 The Hague’s seaside suburb, Scheveningen, features a long recreational pier that juts out into the North Sea. Several additional attractions are located inside the pier or outside on its upper deck, including a Ferris wheel, restaurants and an amusement arcade. There’s also a large industrial-looking crane perched on its western edge, which is accessible via a spiral staircase. This towering structure serves as the only bungee jumping spot in the Netherlands, which stands 60 metres above sea-level. Anyone that dares to jump from the crane can either go it alone or take the plunge with a partner (for €80 and €160, respectively). It is also possible for daredevils to return to land from the pier by using a 350-metre zip-line that glides into Scheveningen.

It is necessary for prospective jumpers to book a spot on the Bungy Jump Scheveningen schedule before arriving at the pier. Other than that, the jumps are relatively straightforward and take place throughout the week (weather permitting). 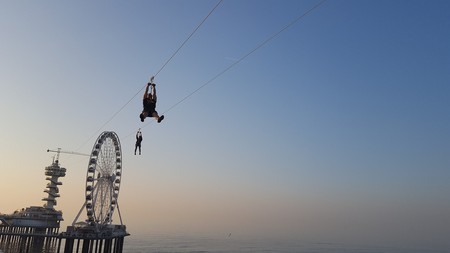 Scheveningen pier features zip-ling and bungee jumping facilities, that are housed inside a tower on its western face | © ilovethisgame / Pixabay

Go ice-skating on the canals, Amsterdam

Although it doesn’t happen every year, when the temperature drops below zero in Amsterdam, the city’s canals sometimes freeze over, allowing people to use these waterways as impromptu ice-rinks. While this practise might seem rather dangerous, it is actually (partly) supervised by the city’s local government, who closes off specific canals in order to let them gather enough ice to support skaters. Thankfully for anyone eager to jump onto the canals, many spots around the city sell ice-skates, including the merchants at Waterlooplein Market.

Sadly, it isn’t always possible to skate on the canals in winter, but if you are eager to skate in Amsterdam, there are several open-air rinks dotted around the city that welcome visitors between November and February. 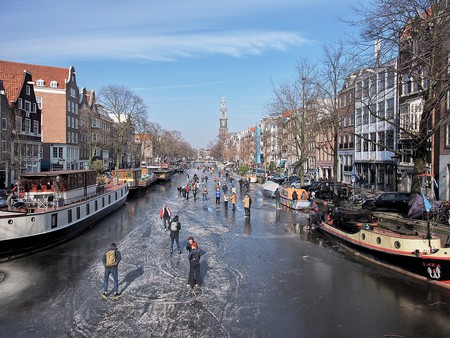 Friesland’s northern coastline is part of an enormous system of mudflats that trail from the Netherlands through Germany and onwards to Denmark. Known as the Wadden Sea, this area has been protected by UNESCO as a World Heritage Site since 2009 due to its outstanding natural beauty. Over the years, a rather unusual sport developed in this region called wadlopen (mudflat hiking), in which participants chart courses through the Wadden Sea’s mudflats during low-tide. This challenging but rewarding activity allows hikers to experience the Wadden Sea from beyond its shoreline and discover areas that are usually obscured by the sea. There are a number of foundations based in Friesland that organise wadlopen excursions throughout the year, including several famous hikes that trail from Friesland’s mainland to its northernly islands.

As it is very, very dangerous to head onto the mudflats without a certified guide, hikers can only (by law) undertake this activity after booking a spot with the aforementioned wadlopen organisations. Experienced hikers shouldn’t have too much trouble completing routes, but should nonetheless bring suitable clothing and footwear. 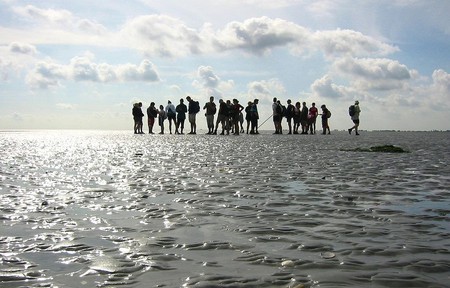 The island of Texel lies off the coast of North Holland and is renowned for its stunning beaches, rural landscapes and windswept dunes. While there’s plenty to see on the ground, more adventurous travellers can experience the island’s stunning vistas from the air by joining parachuting expeditions with Paracentrum Texel. The organisation offers several different types of jumps, ranging from introductory, tandem drops guided by professional instructors to advanced courses that are only available to experienced skydivers. During these exhilarating parachute drops, participants are able to witness Texel in its entirety as they descend towards the ground.

Before taking off, Paracentrum Texel’s team will explain the ins-and-outs of the jump you are about to undertake and offer their guidance. The organisation offers several package deals and schedules flights throughout the week. 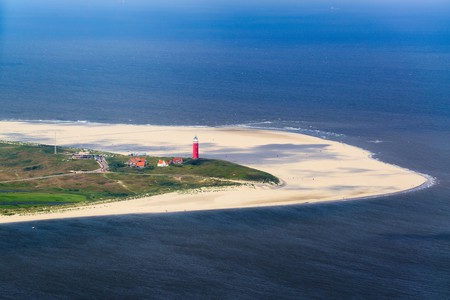 Texel from the air | © EvgeniT / Pixabay

Aside from the countless well-kept gentle cycle paths that trail through the country, the Netherlands also boasts many rugged off-road tracks that are perfect for mountain biking. The Hoge Veluwe National Park, for instance, is well-known among mountain bikers for its varied, challenging terrains and breathtaking scenery. The park centres around an ancient glacial ridge that formed during the last ice-age and contains several distinct landscapes, ranging from rolling dunes to dense woodlands. As there are camping facilities near the park, bikers can easily turn day-trips to the Hoge Veluwe into overnight stays and take some additional time to explore this stunning and geographically diverse region.

Anyone who wants to enter the Hoge Veluwe must pay for a day pass that costs €9.50. After buying this ticket, visitors are free to explore the park at their own leisure. 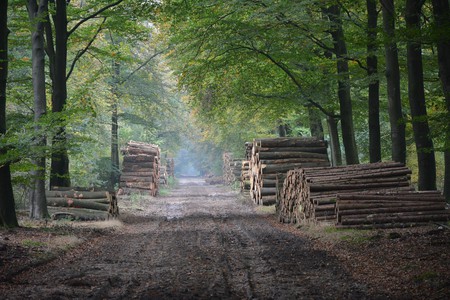 A path in the Hoge Veluwe | © gerdahuiskamp / Pixabay
Give us feedback