The Most Beautiful Cycle Paths in the Netherlands 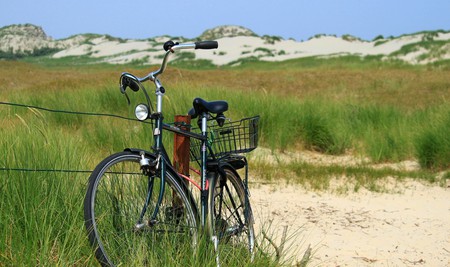 The Netherlands is among the most bike-friendly countries in the world and features thousands scenic cycle paths that are perfect for summer excursions. In fact, almost every settlement in the Netherlands is surrounded by well-kept cross country bike paths, meaning that cyclists are never far away from their next rural adventure.

Cycling is the preferred mode of transport inside Hoog Veluwe National Park and hundreds of picturesque bike paths run through the forest’s pristine woodlands, dunes and meadows. The park’s proximity to the Randstad makes it ideal for day-trips or short summer getaways and it is within biking distance from several train stations. As herds of wild boar, deer and horses still roam freely around the park, it is an absolute haven for nature lovers. 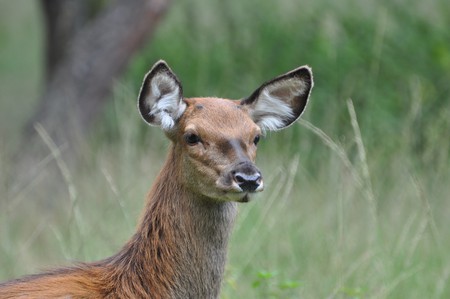 The Dunes of Texel National Park

Riding alongside Texel’s glorious coastline is always rewarding and it is actually possible to traverse the island’s entire western shore within one day. Due to its astounding natural beauty, most of the region is protected as a national park and maintained accordingly, placing it among the most biologically diverse landscapes in the Netherlands. For longer trips, cyclists can even make a full tour of the island by riding eastwards beyond Texel’s dunes. 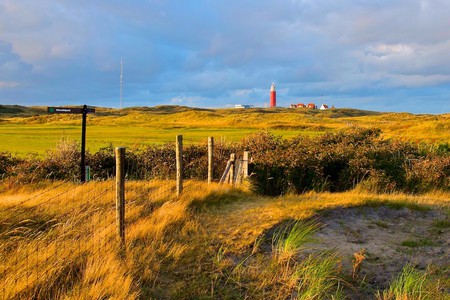 In the mid-twentieth century the Dutch began reclaiming tracts of land from a large body of water in the centre of the Netherlands called Zuiderzee, leading to the formation of Noordoostpolder in 1942. This new territory eventually became an important part of Dutch floriculture and now contains an enormous concentration of tulip fields that are navigable by bike. Before the establishment of Noordoostpolder, several towns inside the municipality were actually islands, and still bear visible traces of their maritime heritage. 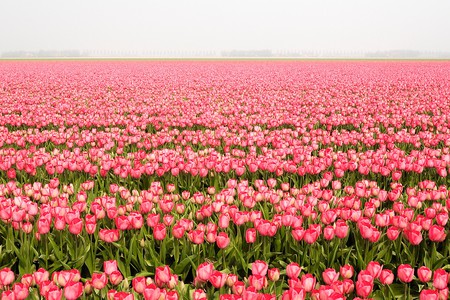 The Windmills at Kinderdijk

Kinderdijk is around 15 kilometers east of Rotterdam and easily accessible by bike. This long polder landscape features 19 monumental windmills that are collectively recognized as a UNESCO heritage site. These iconic machines were originally constructed in order to drain the area’s swampy marshland and are still in working order, thanks to ongoing conservation efforts. 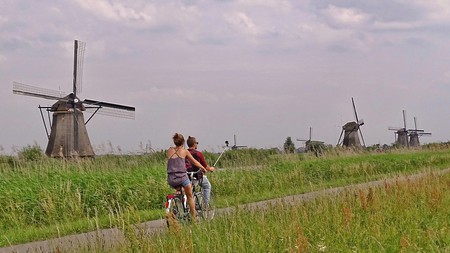 Amsterdam’s northern borders eventually lead into a flat, rustic belt called Waterland that trails through Noord-Holland, onto Edam. Many villages inside this beautiful hinterland have remained largely untouched by Amsterdam’s influence and still contain traditional, brightly coloured wooden houses. By following Waterland’s western coastline cyclists will encounter a long causeway that leads to a historic fishing village called Marken, that was once completely separated from the Dutch mainland. 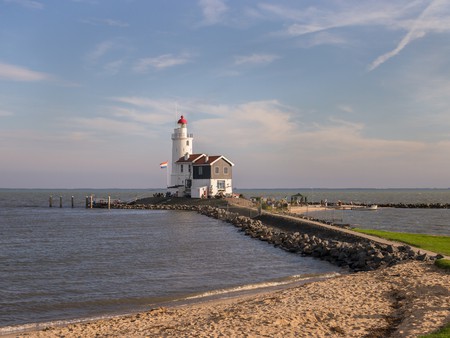 Lauwersmeer National Park is centred around a winding set of river deltas that divide the northern Dutch provinces of Groningen and Friesland. These artificial waterways were dug out of the North Sea during 20th century in order to protect the Netherlands from floods. Today, Lauwersmeer is home to many rare breeds of birds and other wild fauna including Konik horses and Scottish Highlander cows. Besides cycling, Lauwersmeer is also among the best places in the Netherlands for wind and kite surfing. 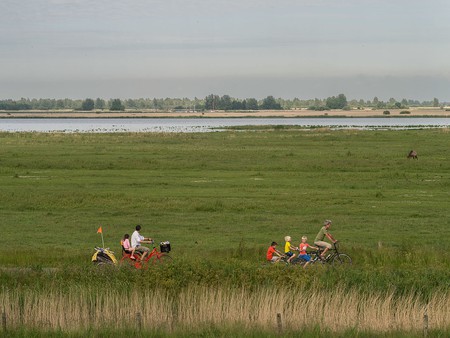 Unlike most of Noord-Holland, Zuid-Kennemerland National Park actually features hills and is renowned for its geologically diverse landscape which covers the ground between Haarlem and the seaside resort town Zandvoort aan Zee. According to anecdotal evidence, Amsterdam is actually visible from the Zuid-Kennemerland’s highest summits on clearer days. 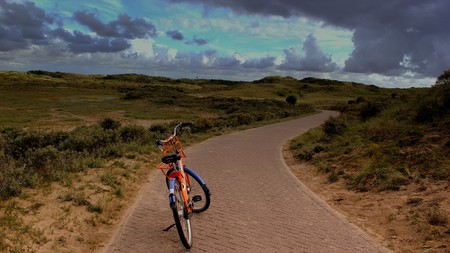 Zuid-Kennemerland National Park | ©
Give us feedback