The Best Places to Celebrate King's Day in the Netherlands 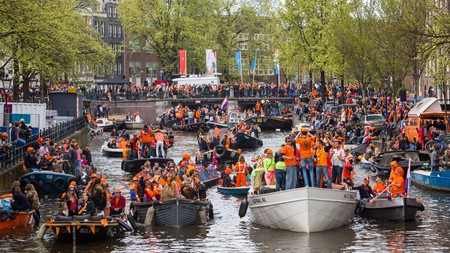 King’s Day is a nationwide holiday in the Netherlands that was created in order to honor the Dutch royal family. The holiday takes place on King Willem-Alexander’s birthday on April 27th and always involves parties, heavy boozing and city-wide flea-markets known as Vrijmarkten. Every town and city in the Netherlands celebrates King’s Day and many organise large, outdoor festivals over the holiday.

Amsterdam’s population essentially doubles in size over King’s Day as thousands of party-goers descend on the city to celebrate on its canals, streets and parks. There are always dozens of parties happening in the city during the 27th, including massive outdoor celebrations on Museumplein, NDSM-Werf and Waterlooplein. Although it is necessary to buy tickets to some of these festivals, it is possible to spend the entire day enjoying street parties throughout the city, which are mainly concentrated around its historic canals. Furthermore, as every neighbourhood in Amsterdam hosts Vrijmarkten, the city basically turns into an enormous flea-market. 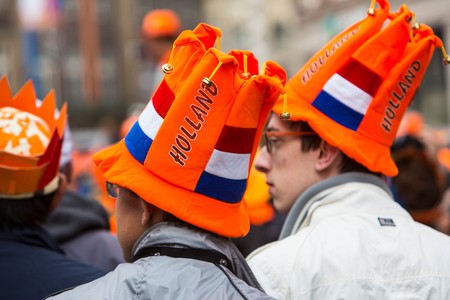 As the second largest city in the Netherlands, Rotterdam attracts thousands of revellers during King’s Day. However, the city doesn’t get quite as crowded as Amsterdam, making it perfect for anyone searching for fun, but more moderate parties. Coolsingel is a good place to start in Rotterdam, as this long, popular street hosts an enormous Vrijmarkt and many other outdoor celebrations. Several music festivals also take place in Rotterdam over King’s Day, including Code Oranje on Stadhuisplein and Oranjebitter in het Park. Just remember to book tickets in advance, as these festivals tend to sell out quite quickly.

The Hague hosts arguably the largest outdoor King’s Day Festival in the Netherlands on April 26th and 27th. This massive two-day long event, called Life I Live, takes place on public plazas around the city and always books an impressive number of famed Dutch and international musicians. Other celebrations in The Hague include street parties throughout its historic centre and large-scale celebrations on Scheveningen beach, which will celebrate its 200th anniversary over 2018.

Like other larger cities in the Netherlands, Utrecht essentially hosts a citywide party during King’s Day, which mainly takes place around its historic canals, urban parks and Dom Tower. Venues around Utrecht also organise special events on the 27th including blowout parties at Jaarbeurs and Soia beach. If this all sounds a little bit too hectic, there are more low-key celebrations on Europalaan. 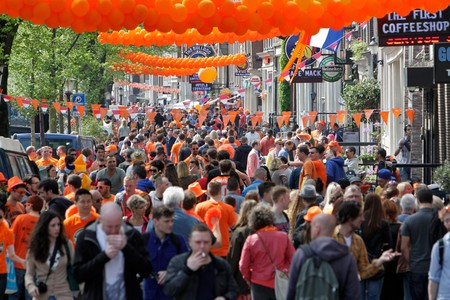 Several spots around Leeuwarden’s historic city centre will host free, outdoor events during King’s Day. For instance, the city renames its Wilhelminaplein to ‘Leeuwarder Muziekplein’ (Leeuwarder Music Square) during the 27th and invites musicians to perform throughout the day. Other celebrations in Leeuwarden include a family-friendly Vrijmarkt in Prinsentuin park and an open-air music festival outside Oldehoeven – an iconic, leaning tower that dates back to the 16th century. 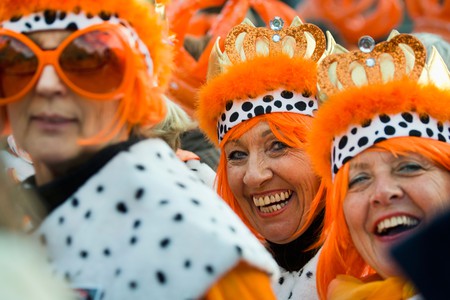 In 2018, the Dutch Royal couple King Willem-Alexander and Queen Maxima will attend King’s Day celebrations in Groningen. Many large-scale events will coincide with this royal visit including one of the largest King’s Day festivals in the Netherlands, Kingsland, which will feature performances from Dutch music icons Broederliefde, Headhunterz and De Jeugd van Tegenwoordig.