The Best Organic Restaurants In Amsterdam 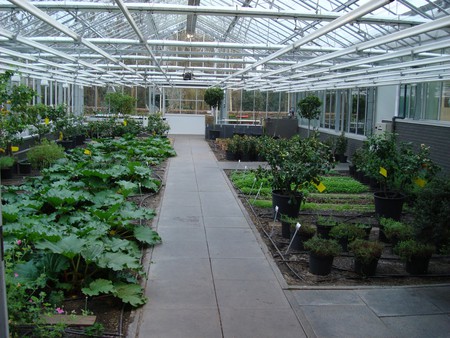 Although most restaurants in Amsterdam are organically conscious, and many try to purchase their ingredients from local sources, there are a number of establishments in the city that go beyond regular standards. These restaurants, cafés, and snack bars cover a wide range of international cuisines and try their hardest to keep all of their meals fresh, organic, and delicious.

Like its parent organization, Mediamatic ETEN is dedicated to sustainability, forward-thinking culinary techniques, and high-quality food. The restaurant uses herbs grown in Mediamatic’s aquaponic greenhouse in many of their dishes and occasionally serves fish caught by anglers based in Amsterdam. All of their meals are vegan or vegetarian unless stated otherwise and can be enjoyed alongside a wide selection of organic, locally brewed beers.

De Kas is a high-end restaurant that is located inside of a former municipal greenhouse. To ensure that its meals are fresh and organic, de Kas grows its own herbs and vegetables inside several indoor gardens. Its menu leans towards Mediterranean cuisine and changes according to the season’s harvest. De Kas’ chefs will gladly alter their menu to accommodate vegan, vegetarian or other dietary needs. 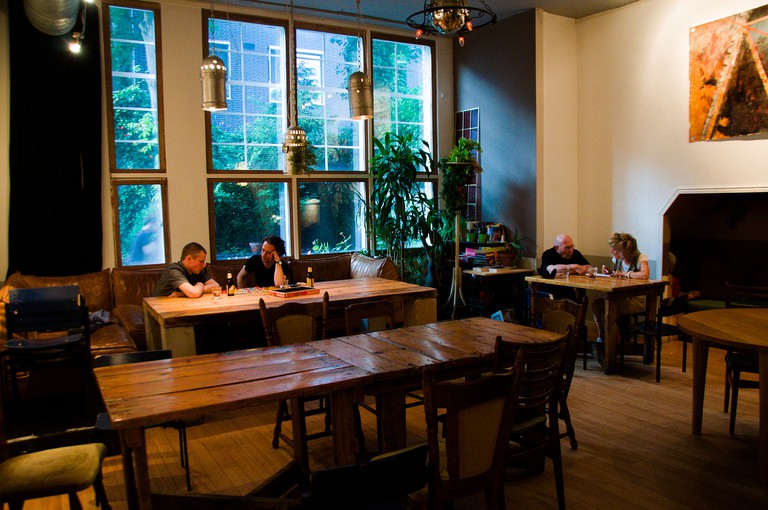 De Peper's dining area | © Mitch Altman/Flickr
De Peper is part of a former squat called OT301 that was turned into a non-profit, culturally driven organization in 2006. As de Peper doesn’t permit animal products in its kitchen, its menu is always vegan, halal, and kosher. Although the restaurant changes its set menu every day, for a small donation, guests can expect a delicious starter, main, and dessert. It is advisable to reserve in advance before eating at de Peper as the restaurant only serves food between 7 PM and 8:30 PM. 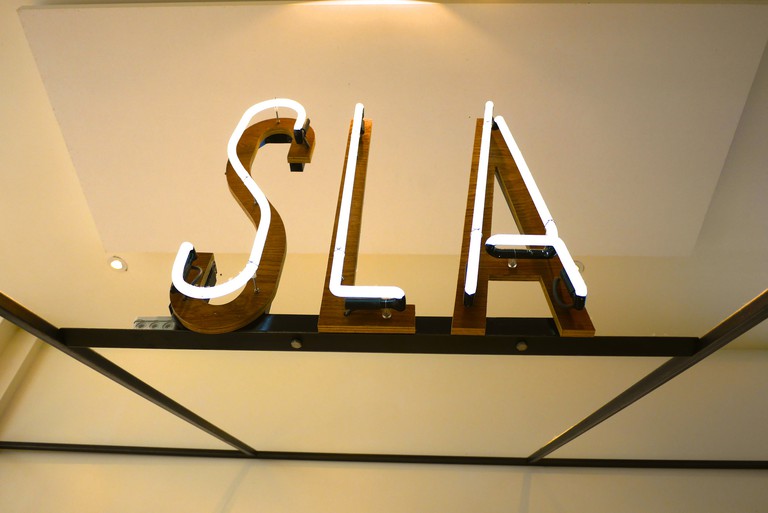 This organic salad bar started out as a small, family-run venture that was created to address the growing need for healthy food in Amsterdam. Today, SLA has several locations throughout the city and offers a detox delivery service which sends nutritious meals and juices directly to customers’ doors. Most of SLA’s ingredients are grown in the Netherlands, and its menu exclusively contains sugar-free, organic produce. 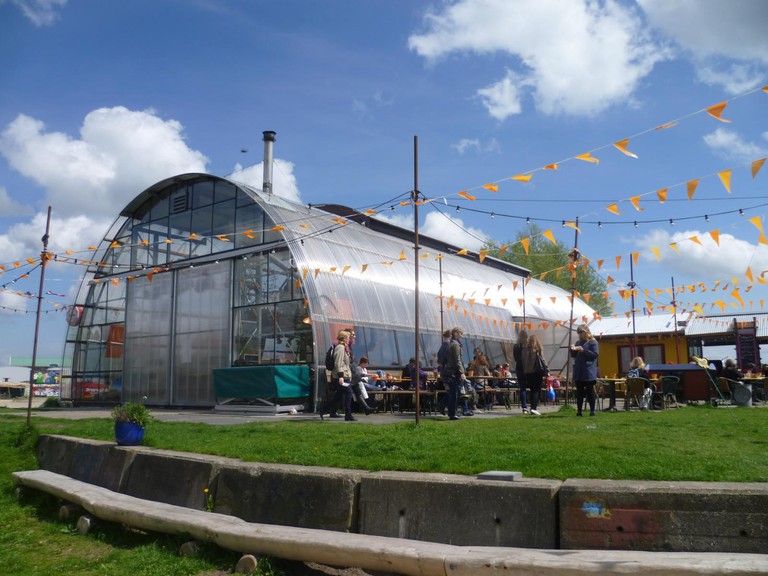 Noorderlicht Café | © Bart van Poll/Flickr
Noorderlicht Café is part of Amsterdam-Noord’s trendy NDSM-werf district and is only a short walk away from the area’s ferry terminal. The café regularly hosts cultural and musical events that are usually free of charge. Its menu uses plenty of organic ingredients while paying close attention to vegetarian and vegan dietary needs. Its main dining area is located inside of a beautiful, two-story green house which leads onto an enormous riverside terrace. 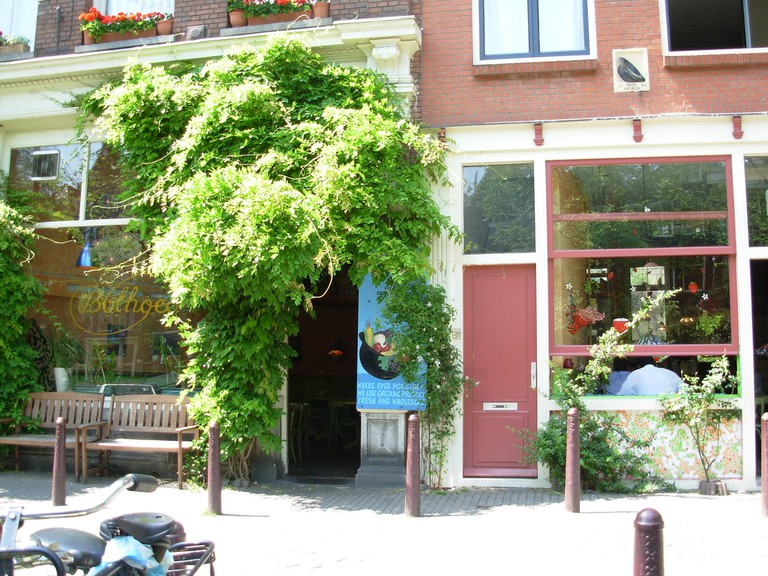 De Bolhoed | © einalem/Flickr
De Bolhoed is regularly called the best vegan restaurant in Amsterdam, probably due to its impressive quota of dairy-free options which includes a delicious selection of cakes and pastries. The restaurant’s menu is inspired by a mix of international cuisines and always features a vegan meal of the day. Its dishes are all generously sized and made from fresh ingredients. 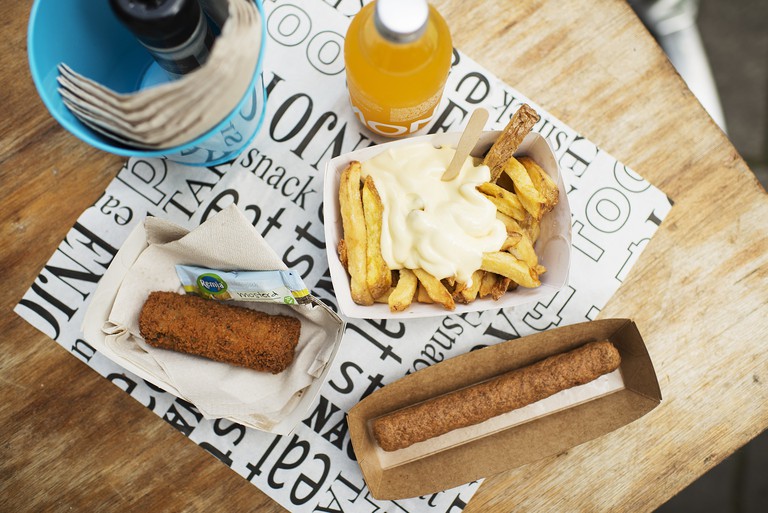 Natuurlijk Smullen makes organic, tasty Dutch fast food | © Natuurlijk Smullen
Natuurlijk Smullen was the first organic snack bar in the Netherlands and has been frying up traditional Dutch take-out food since 2008. Vegetarian alternatives to classic treats like burgers and croquettes are available at Natuurlijk Smullen, as well as organic meat-based snacks such as frikandel and chicken nuggets. Dutch fries are also on the menu and come with a selection of tasty, organic sauces.
Give us feedback