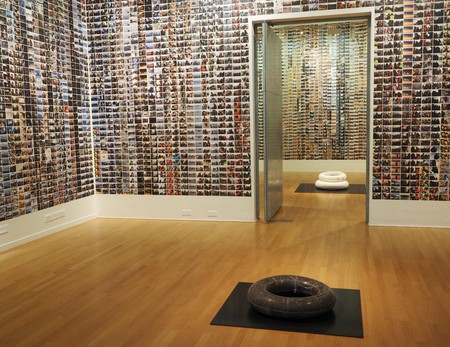 Until December 7, FOAM in Amsterdam will be hosting Ai Weiwei’s latest project #SafePassage. Apart from two marble statues, the exhibition consists entirely of footage that the artist collected during his time traveling through refugee camps along the Mediterranean. These low resolution images were captured on a smartphone and most appear to have been taken spontaneously. This immediacy and repetition is profoundly evocative and gives a brief impression of the normal lives behind the crisis.

Although the main part of #SafePassage resembles a large, room-spanning photo album, this vast collage is actually printed onto wallpaper. Designing and realising this exhibition must have taken an unbelievable amount of planning and the fact that these enormous prints can easily be mistaken for individual photographs is a testament to FOAM and Weiwei’s commitment to craftsmanship. These images are arranged chronologically with each picture leading onto the next. Most are part of a series and large sections of the installation recount specific episodes that occurred during Weiwei’s travels. 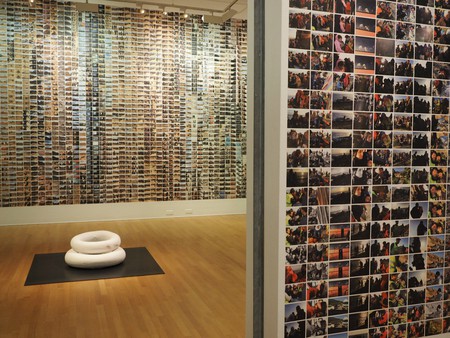 Weiwei’s visual narration regularly jumps between time and place, hinting at the hectic nature of the artist’s project and his subjects’ ongoing displacement. These abrupt montages show people coping with the refugee crisis and Weiwei presents their efforts without resorting to heavy-handed polemics. Obviously, these events are distressing and several parts of the installation are dedicated to the severe conditions that most refugees have been forced to endure. Nonetheless, there are visible traces of optimism that are represented by Weiwei’s depiction of devoted aid workers, united families and the artist posing for selfies alongside the people he met during his journeys. 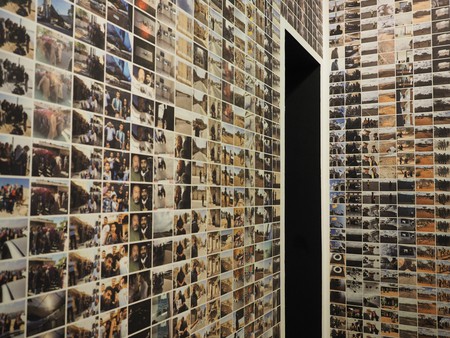 In a parallel room, a large monitor displays footage of an empty dinghy floating purposelessly on the Mediterranean – a scene that Weiwei captured whilst visiting refugees in Lesbos. Another clip shows the boat up close, revealing its contents. A baby’s bottle, a shirt and a man’s boot are the only things left inside, suggesting that this vessel was once used by a family.

It is worth mentioning that Weiwei made his name as a conceptual artist and mainly produces installations, performances and sculptures. With #SafePassage he has shifted his focus towards photography and has successfully managed to maintain his distinctive, politically conscientious voice – demonstrating that he is able to express himself even when using an unfamiliar medium. 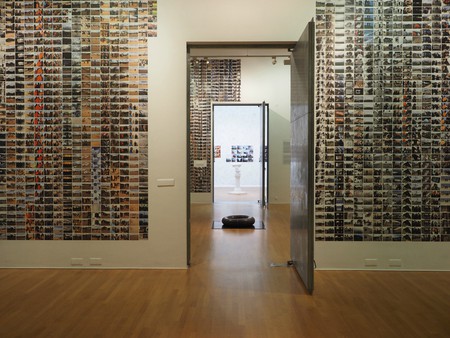 However, the exhibition does contain typical elements from Weiwei’s oeuvre, namely two marble statues that resemble flotation devices. These ornate tires were created specifically for #SafePassage and its photographic content is centered around them. Their form is exceptionally provocative, implying that even in dire circumstances there is hope of reprieve. Yet, by choosing to work with marble – a heavy substance associated with Greek and Roman artwork – Weiwei also alludes to the timelessness of human hardship. 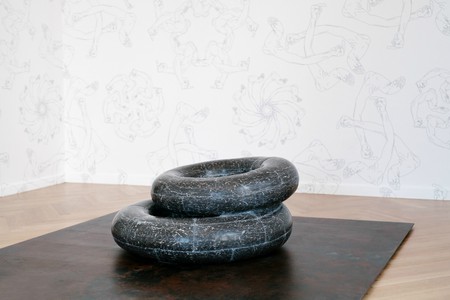