How Did Rotterdam's Katendrecht District Become a Foodie Haven? 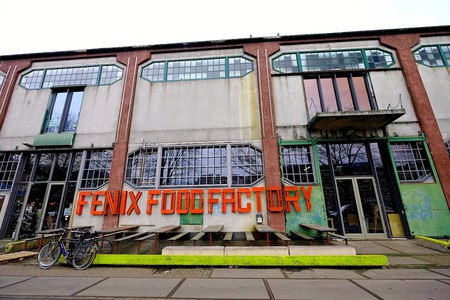 Over the past decade, a peninsula on the southern banks of Rotterdam’s harbour, called Katendrecht, has developed into a bustling culinary hotspot, complete with classy restaurants, low-key hangouts and independent breweries.

The district in question wasn’t originally part of Rotterdam at all and existed as an autonomous village for most of its history. However, during the early 19th century this small, relatively prosperous settlement merged with another nearby municipality, Charlois, and was then incorporated into Rotterdam around seventy years later.

This unification allowed the city to expand its harbour and two, large docks were evacuated next to Katendrecht, turning the district into a peninsula. During this period, Katendrecht underwent heavy industrialisation and most of its rural buildings were brought down to make way for warehouses, silos and shipyards.

By the mid-twentieth century, thousands of Chinese immigrants had settled in Katendrecht and the district was colloquially known as China Town until the 1980s. Another more central neighbourhood in Rotterdam has since been given this title, although Katendrecht still features a number of Chinese establishments including a red, CEC church on Donarpad. 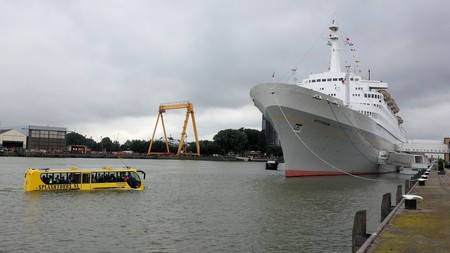 After being converted into a hotel, museum and conference centre, the iconic cruise ship SS Rotterdam was permanently moved to Katendrecht’s Maashaven in 2008. This floating landmark was among first major attractions to appear in the district and lead the way for other like-minded projects. Since then many other businesses have set up shops in Katendrecht, including scores of restaurants, cafés and bars.

Many of these culinary ventures are located on the southern or western sides of Katendrecht’s pedestrianised Deliplein. This small square essentially serves as an extended terrace and most restaurants along its banks feature outdoor seating, creating a charming, communal atmosphere. The plaza’s highlights include pasta maestros Burro e Salvia, fish specialists Vislokaal Kaap and craft coffee roasters de Zeeuwse Miesjes. 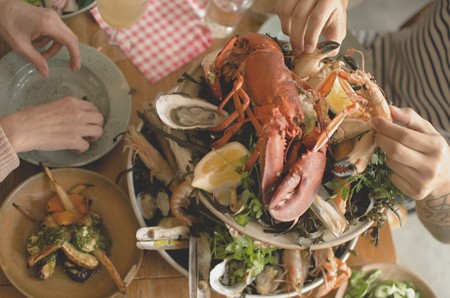 Another hotspot called Fenix Food Factory lies a few metres north of Deliplein, which was established around 2015 by a team of local culinary entrepreneurs. These business owners decided to pool their resources together and convert an old warehouse in Katendrecht into a shared food court. 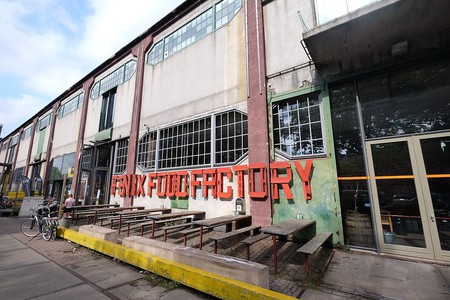 There are hundreds of delicious products available inside the factory ranging from fresh bread, craft brews and full wheels of creamy, Dutch cheese. Fenix Food Factory also has one of the largest, waterside terraces in the city, which looks onto the Nieuwe Maas river and Rotterdam’s historic docklands. 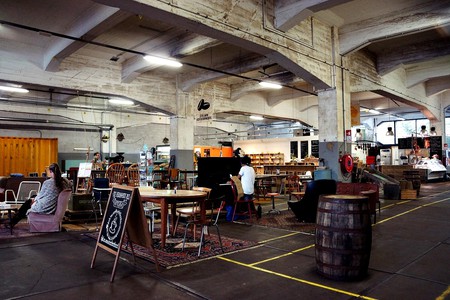 Inside Fenix Food Factory | © hmmmayor/WikiCommons
Give us feedback