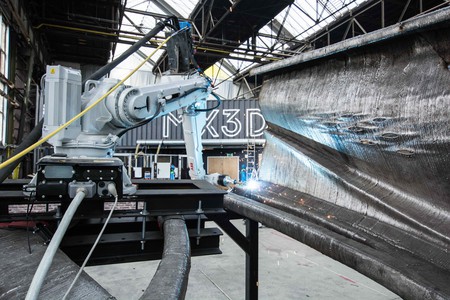 Within the next few months pedestrians in Amsterdam will be able to cross Oudezijds Achterburgwal canal by using a 3D-printed bridge built by robots that is designed to adapt over time. 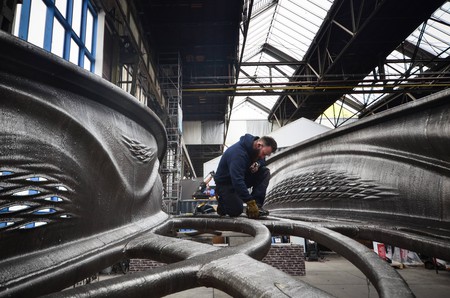 Created by Dutch robotics and engineering firm MX3D, in collaboration with several other forward-thinking organisations, Amsterdam’s 3D-printed bridge has been in development since 2015. Rather than relying on established forms of 3D printing that usually build items within a confined space, MX3D fitted industrial robots with custom-built tools for the project. The firm also developed software to control the robots, effectively turning them into highly mobile 3D printers that can move between multiple axes and create large, complex shapes. As the robots weld layers of metal together to form structures, the bridge has an almost seamless design. 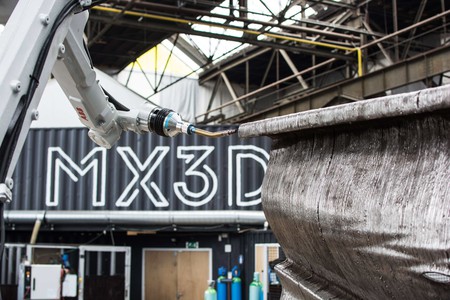 The bridge is currently under construction inside MX3D’s workshop in Amsterdam-Noord and will remain there during its testing phases, before it is moved to Oudezijds Achterburgwal canal at some point in 2018 or 2019. MX3D intends to equip the bridge with a network of sensors in order to collect data concerning its structural integrity and environmental changes that could affect its performance. After reviewing this data, MX3D will use it to improve the bridge, creating a cycle of research, development and adaption that will continue indefinitely. 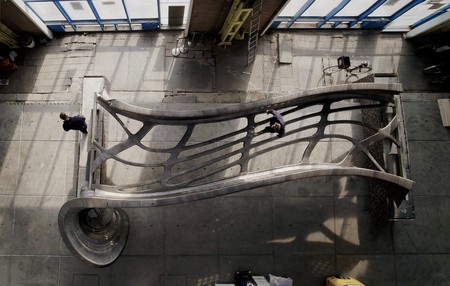 Though MX3D’s team are still hard at work with the bridge, it is possible that their robots (or others like them) could be used to print even larger structures in the near future. In fact, a similar project involving 3D-printed houses, built in-situ by robots, is currently well underway in the city of Eindhoven, the Netherlands. While across the pond, a startup in San Francisco called Apis Cor recently unveiled a small 3D-printed home, which only cost around $10,000 to build.