Plastic Fishing: Tackle Waste In The Netherlands On This Eco-Friendly Canal Tour 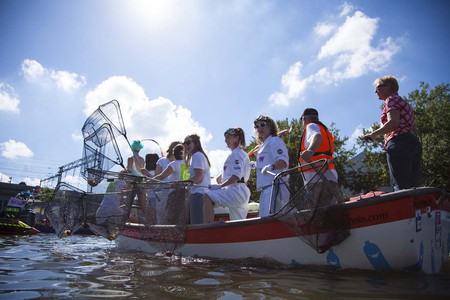 In Amsterdam, it is possible for travellers to actively help the environment by jumping aboard boats owned by Plastic Whale and setting sail on ‘plastic fishing’ cruises through the city’s canals. During these excursions, passengers are encouraged to grab discarded plastic items with nets and pull them onboard to reduce the amount of garbage floating in Amsterdam’s waterways.

Even though the pollution levels in Amsterdam are lower than in many other cities around the world, heaps of plastic bottles, boxes and packaging still find their way into the city’s canals every day. Furthermore, this type of garbage can easily slip into the North Sea via Amsterdam’s harbour and become part of the expansive mass of plastic debris trapped in the world’s oceans. 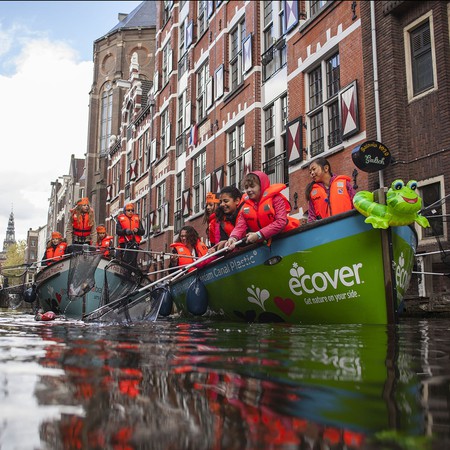 Kids fishing for plastic on the tour | © Plastic Whale

The tour in question helps to address this major, environmental issue by giving people the opportunity to clean the canals and witness firsthand the amount of potentially harmful plastic that enters the city’s waterways. As the tours trail past many of Amsterdam’s most iconic locales, passengers get to experience the city from a unique perspective while hunting down stray pieces of garbage. Professional skippers guide the excursions and award prizes for ‘the most original object pulled from the canals’ afterwards. 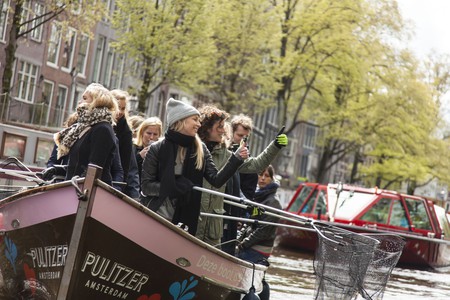 The minds behind the tour at Plastic Whale launched the project in 2011 and originally set out to build a boat out of discarded bottles, creating the ‘first professional plastic fishing company in the world’. Since then, they have filled roughly 2,100 garbage bags with trash, embarked on canal cruises with over 11,000 anglers and managed to construct nine more vessels from recycled plastic.

Rather than treating plastic bags, bottles and packaging as waste, the tour’s operators see these items as ‘raw material’ that can be repurposed into useful, or even decorative, objects. Aside from building boats, Plastic Whale (in collaboration with Vepa Furniture Project) also creates high-end office furniture using recycled plastic fished from the canals and other materials that may have otherwise ended up on garbage heaps. Unlike most other companies though, Plastic Whale ultimately wants to go out of business by ‘overfishing plastic’ – thus, decimating their main source of building material and making Amsterdam’s canals plastic-free. 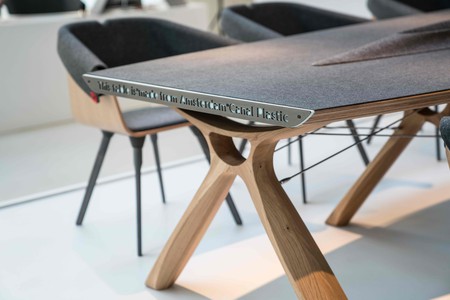