Multatuli’s Max Havelaar and the Dutch in East Asia

Max Havelaar is a pioneering work which satirically attacks the repressive and corrupt practices of the 19th-century Dutch colonizers in Indonesia. As Lindsay Parnell attests, the novel, written by Eduard Douwes Dekker under the pen name Multatuli, would have repercussions far beyond the literary world. 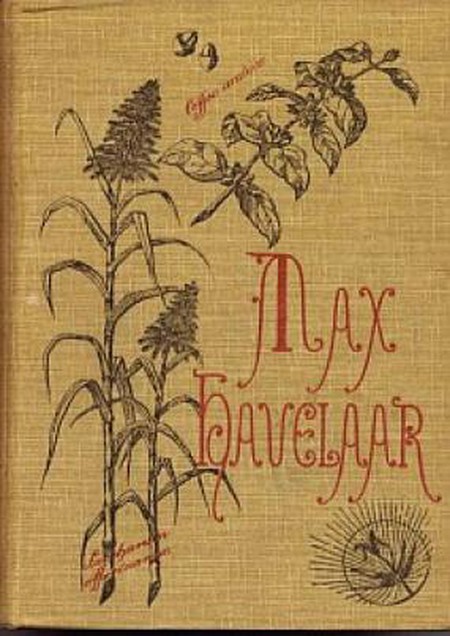 Much like Samuel Clemens, Mary Ann Evans, Eric Arthur Blair and Charles Lutwidge Dodgson before him, the literary work of Eduard Douwes Dekker would be celebrated under a name not his own. Dekker, known through his pen name Multatuli, began life as a civil servant. But after witnessing the atrocious practices of the Dutch colonial administration, Dekker, or Multatuli, wrote a sardonic novel of political commentary on the western colonization of the Dutch East Indies. Published in 1860 at the height of Dutch Colonialism, Max Havelaar, or The Coffee Auctions of the Dutch Trading Company, is a political interrogation of colonial practices. In this work Multatuli creates a meticulously structured fictional narrative set to the backdrop of the Dutch Trading Company’s practices. Although published to mass controversy, Max Havelaar was a crucial influence in redefining The Netherlands’ colonial policies in the East Indies in the late 19th century. Speaking out as a passionate rejection of the corruption and fraud of the government’s practices, Max Havelaar presents a hilariously savage account of the colonial context.

To compensate for the fiscal deficiencies of the colonial claim of the Dutch East Indies, the Dutch government in the late 1800s enforced a cultivation system imposed on the farmers of the Indonesian region. The system provided strict quotas of the farmers’ crops for commercial trade, specifically those of coffee and tea. In addition to the rigorous and often unreasonable quotas farmers were forcefully required to fill, tax collectors were rewarded with handsome commissions. This unjust economic hierarchy of the superior tax official and inferior farmer resulted in a blatant abuse of control, as the farmers became victims of famine, malnutrition and severe starvation. The Dutch Colonial Administration’s neglect of the basic human needs of the farmers led to fatal repercussions for the native peoples of the region. Multatuli’s disgust with the circumstances surrounding colonial policies and its practices became the factual foundation of his fictional account in the life of Max Havelaar.

The story of Max Havelaar is told through the use of two conflicting narrative voices of narrative; a deceitful coffee merchant named Droogstoppel and the German apprentice Stern. The two begin a written account scribing the life of romantic civil servant and Dutchman Max Havelaar, who left an autobiography. The cunning Droogstoppel is driven by his unrelenting greed and passion for the financial growth of coffee, and soon abandons his shallow literary efforts. Stern takes over writing the story of Havelaar. Havelaar’s manuscript and Stern’s retelling address the severe poverty as a result of the cruel colonial practices of the reigning Dutch Trading Company. Through Stern’s written account, Havelaar desperately, and sometimes unrealistically, tries to reverse the oppression administered by the Dutch Colonial Administration. Havelaar’s text is written in an optimistic but often naive voice expressing his idealistic efforts to help the native peoples of the region of Java. The novel’s true achievement lies in its articulation of a disgusted criticism on the actions of the high-ranking officials in the Dutch government, and their treatment of their colonial subjects.

Although it was translated into English in 1868, the text wasn’t available in the author’s home country until over a century later in 1972. Collectively, Multatuli’s Max Havelaar has been translated into 34 different languages worldwide since its initial publication. Credited as the stirring initiation of the nationalist movement responsible for the termination of Dutch colonization of Indonesia following World War II, Max Havelaar’s legacy is not confined to literary accomplishment, but can be considered a work of great political success and inspired social liberation. Max Havelaar’s influence on the national movement ultimately culminated in the passionate command to end decolonization worldwide. The story of Max Havelaar illuminates the inhumane and political injustices brutally imposed upon the native peoples of the region.