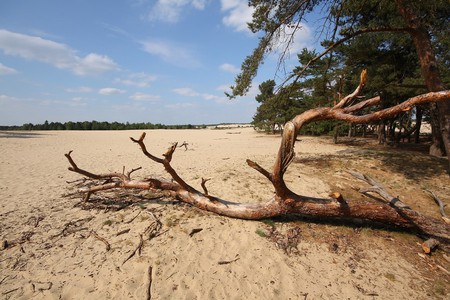 Due to its large, rolling sand dunes, De Loonse en Drunense Duinen National Park in the Netherlands is colloquially known as ‘the Brabant Sahara’. Its stunning arid landscapes provide ample space for many outdoorsy activities including hiking, cycling and horseback riding.

The area that would become the park formed during the last ice age and was covered by thick, primordial forests until the Middle Ages. For many centuries, local land workers cultivated crops and raised livestock on its heathlands before over farming and deforestation caused the area to turn barren. Erosion eventually swept through the area, creating an expansive dessert-like landscape that covered the region between Tilburg, Waalwijk and Den Bosch. 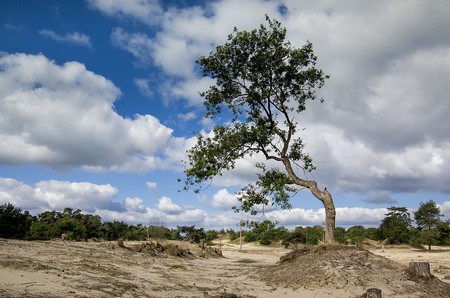 Though the dunes buried several smaller settlements in the Middle Ages, at some point over the last few centuries they stopped growing and are now relatively stable. However, the wind still causes the dunes to slowly erode, shift, then reform and De Loonse en Drunense Duinen ranks among the largest sand drift landscapes in Western Europe. Due to its almost unparalleled scale, beauty and geographical importance, the area has been protected as a national park since 2002. Today, it attracts scores of day-trippers throughout the week and features many scenic footpaths and cycling routes that trail over its drifting sands.

The Dutch national conservation organisation, Natuurmonumenten, maintains many walking routes throughout the park and regularly organises guided tours that introduce visitors to the area’s history, geography and wildlife. These routes range from brisk, scenic strolls that follow sturdy footpaths, to more demanding afternoon-length hikes that trail through fenlands, forests and dunes. Before visiting the park, it is definitely worth checking out its online calendar, as Natuurmonumenten often coordinates special walking events that are suitable for all ages, including excursions that retrace the park’s history and others that revolve around wildlife watching. 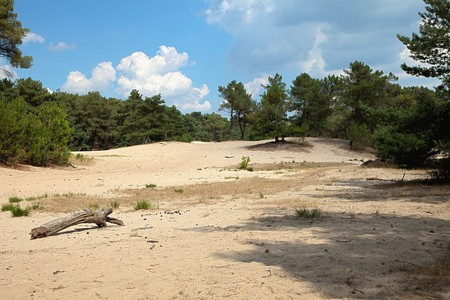 There are many well-kept cycling paths within the park’s border that allow visitors to experience the area’s charming vistas while riding alone or with others. Natuurmonumenten maintains several routes that are accessible to people on regular, Dutch-style city bikes, which mainly begin on the park’s outskirts, then trail inwards. It is also possible (if not recommended) to ride mountain bikes in the park, as the area’s rugged, varied terrain lends itself to off-road excursions. However, it is necessary to purchase a €12 permit for mountain biking before using the park’s trails. 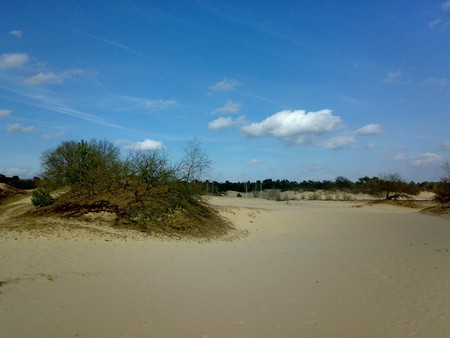 Riders and horses alike are free to roam through several dedicated bridleways in the park and kick up clouds of sand while scaling the area’s dunes. There are a number of riding schools located near the park that offer rental services and allow visitors to enter, then explore De Loonse en Drunense Duinen on horseback. 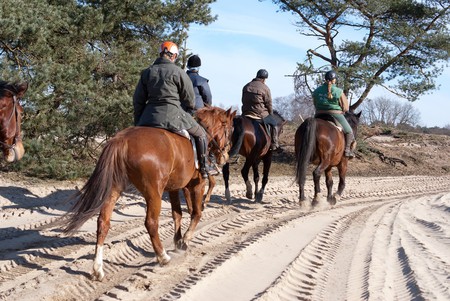