Ed van der Elsken was dubbed the ‘enfant terrible’ of Dutch photography – a genius whose unorthodox, memorable and rebellious portrayals of ‘alternative’ lifestyles depicted the best and worst of human nature. Yet, even 20 years after his death, der Elsken’s work remains largely absent from contemporary art galleries worldwide. We look at the life of this Netherlands native and his magnum opus, ‘Love on the Left Bank’, which navigated the unconventional arenas of sex, jazz and post-war romance. 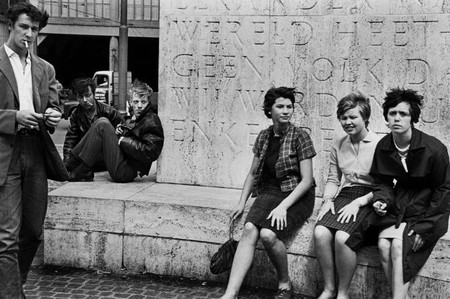 van der Elsken (1925 – 1990) was born in Amsterdam but his life was to be one of travel and exploration. An artist at his core, in 1937, he learned the skill of stone cutting at Amsterdam’s Van Tetterode Steenhouwerij, with the dream of becoming a sculptor. But, with the onslaught of World War II, these dreams had to be postponed. After studying at Instituut voor Kunstnijverheidsonderwijs, in 1944 der Elsken enrolled in the professional sculpture programme, which he was forced to abandon to escape Nazi forced labour. In 1947, following the end of the war, he found work in photo sales and attempted a correspondence course with the Fotovakschool in Den Haag, after developing an interest in photography that would soon take over his life – he failed the final examination. However, following this disappointment, der Elsken gained membership of the GKf (the photographer’s section of the Dutch federation of practitioners of the applied arts).

That was to be the end of his Dutch adventures for a while. With the close of the war, Ed van der Elsken embraced the new liberation and, in 1950, moved to Paris. The rest is, as they say, history. Here he encountered the bohemian society of Saint-Germain-de-Prés that would become the focus of his photographs; in a post-war stupor, the young people der Elsken encountered were fuelled by drugs, drink and jazz, providing him with the often uncompromising subjects that characterised his work. Upon arrival in the famous bohemian city, der Elsken was employed in the darkrooms of the Magnum photography agency, which involved printing for Henri Cartier-Bresson, Robert Capa and Ernst Haas. All the while, he was taking to the streets of Paris, photographing the locals – it was in this that he began to gain a reputation. 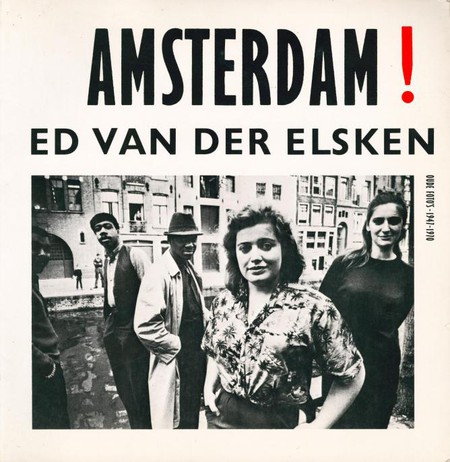 In 1954, whilst working, der Elsken met Hungarian photographer Ata Kandó who had been living among ‘la bohemes’ for the previous four years and who would later become his wife. Her influence on van der Elsken has been cited as the reason behind his decision to leave newspaper reportage to pursue the aim of becoming a magazine photojournalist. To follow this dream, der Elsken perfected his street photography – a move that would secure his place in the photographic elite. Pioneering a kind of photography that has influenced the works of Wolfgang Tillmans, the gritty snapshot-like quality of his work cemented his name, which has since been a viewed as a founding name in contemporary photography.

During his lifetime, der Elksen acquired almost legendary status which has since been lost. His most famous work, ‘Love on the Left Bank’, was designed by Dutch graphic designer, sculptor, typographer Jurriaan (William) Schrofer. It quickly sold out. This led to his popularity which caused Edward Steichen, the famous American photographer, painter, and art gallery and museum curator, to use 18 of the photographer’s ‘Saint-Germain-des-Prés’ images in a survey show (1953) of Postwar European Photography and another in ‘The Family of Man’. Following his success in Paris, der Elsken moved back to Amsterdam in 1955, where he recorded members of the Dutch avant garde movement COBRA. This marked his final artistic transition into film, which he continued during his extensive travels to Bagara (now in Central African Republic), and Tokyo and Hong Kong. 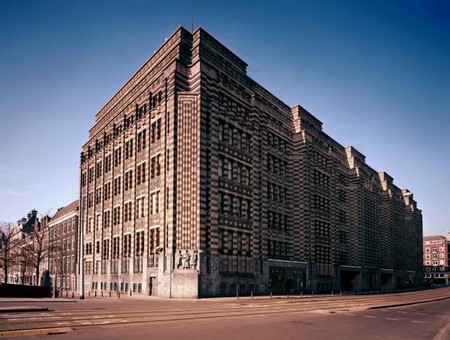 The subjective, sometimes haunting portrayals of Ed van der Elsken and his surroundings often depict the familiarity and similarity between these supposed ‘alternative’ lifestyles and the lifestyles of the viewer. In their monochrome humanity, the artist’s pictorial worlds cross boundaries of time, class and gender to unite with a poignant immediacy and authenticity. From the classic ‘A Love Story in Saint Germain des Prés’ (1956) – which is presented in the form of a photographic novel – to the series ‘Jazz’ (1959) and the video show ‘Tokyo Symphony’, or the last documentary self-portrait of the severely cancer-stricken artist, der Elksen has never been one to stick to rubric. Picking up on his versatile artistic skills, evidenced in his early transition from sculpting to photography, his work and viewers defy definition.

Amsterdam! By Ed van der Elsken, an exhibition at the Amsterdam City Archives, is currently running until 14 September 2014. Coinciding with a reprint of Van der Elsken’s legendary photography publication “Amsterdam!”, the exhibition features in excess of 100 of the original prints used for the book.