Dutch Sweet Treats to Try Before You Die 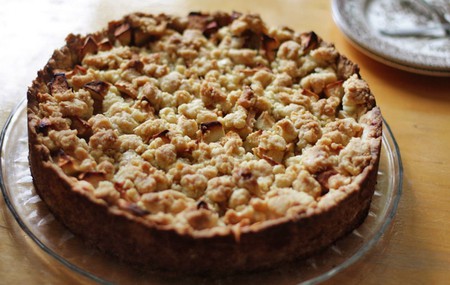 Dutch desserts tend to contain massive amounts of thick, delicious cream as well as other highly calorific ingredients such as sugar-syrup, butter and chewy sweet pastry. These classic treats are available throughout the country and are often eaten as snacks or served as desserts after dinner.

These delicious, sandwich shaped pastries are quite similar to mille-feuille, but are stuffed with considerably more custard than their French counterparts. During King’s Day in the Netherlands, Tompouce are often topped with orange, rather than traditional pink icing to honour the nation’s royal family; the House of Orange-Nassau. 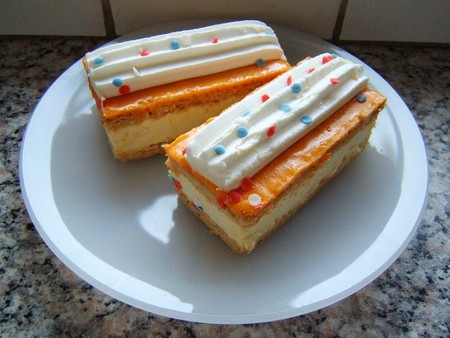 These popular profiteroles look like someone has taken all the best parts of an eclair au chocolat, then stuffed them into a ball and covered the resulting pastry in rich, crunchy chocolate. Even though it usually causes a huge mess, Dutch people tend to eat bosche bol without cutlery. 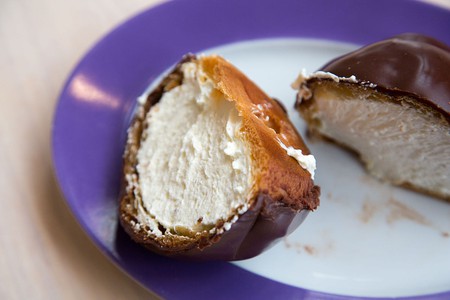 Speculaas contain basically every spice associated with Autumn, Winter and the festive season and smell very similar to mulled wine. Their crunchy texture pairs wonderfully with coffee, tea or hot chocolate and they are sold throughout the Netherlands during the colder months of the year. 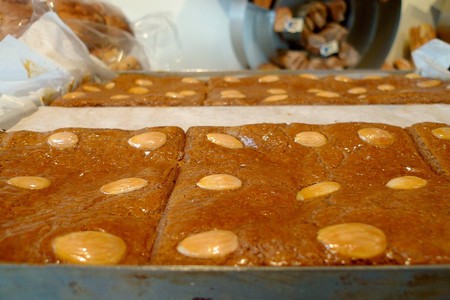 These chewy, cookie-like waffles are glued together with hot sugar syrup, which eventually solidifies into a gooey filling. Almost every supermarket in the Netherlands stocks several varieties of these delicious treats and many markets throughout the country have stalls that bake and sell fresh stroopwafels. 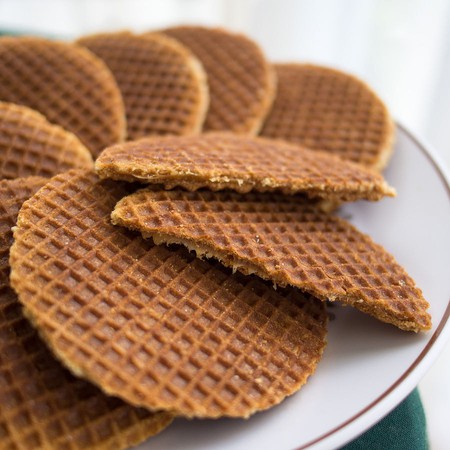 Traditional Dutch apple pie is loaded with massive, chunks of caramelised apples and topped with crumbly, breaded pastry. This chewy, melt in your mouth pie is commonly served with thick, Dutch style whipped cream and readily available at bakeries, stores and cafés throughout the country. 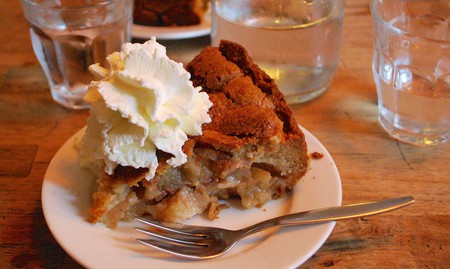 Vlaai is a traditional pie from Limburg that can be stuffed with many different types of filling, including apricots, plums or cherries. The pie’s crust is chewy in all the right ways, and is usually topped with large, grains of crunchy sugar. 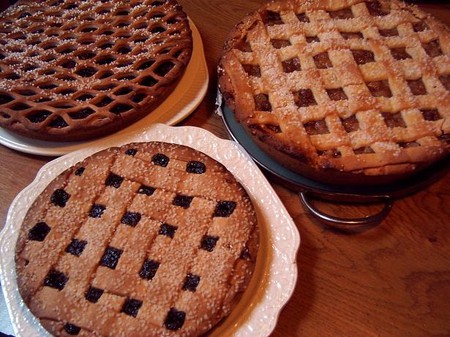 Vla shares many similarities with English custard, but is usually seen as a dessert in itself rather than an accompaniment. Also, unlike traditional custard, its served cold and comes in several flavours such as chocolate, vanilla or strawberry. For a real Dutch treat, mix two or more of these flavours together, them top this concoction off with a massive dollop of whipped cream and sprinkles. 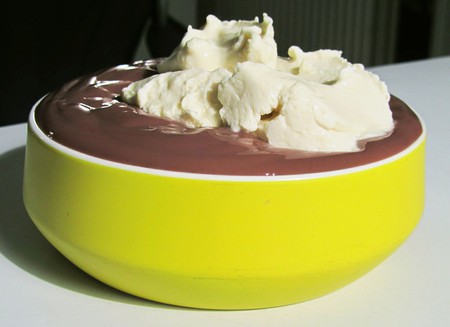 This multi-layered cake was created in Indonesia during colonial times and usually contains many spices that are native to its country of origin including cardamon and cloves. The cake is notoriously difficult to make due its many, thin layers and is often served as a dessert in Indonesian restaurants in the Netherlands. 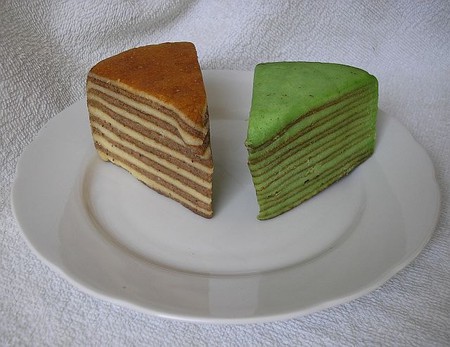 These delicious, highly-caloric cakes contain a copious amount of butter and are bound together with eggs, flour and caster sugar. This simple recipe has astounding results and well made boterkoek are simultaneously creamy, crumbly and smooth. 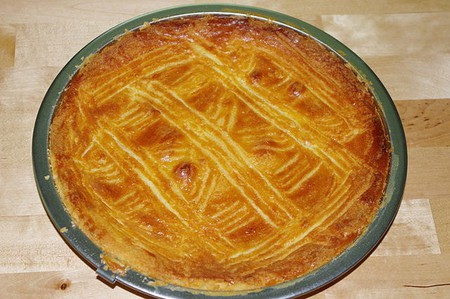 Greasy, sugar coated olibolen are traditionally eaten in the Netherlands during winter and are sold at travelling food trucks around the country during this period. Although they are very similar to donuts, olibolen predate their modern cousins by several centuries and have been part of Dutch cuisine since at least the 17th century. 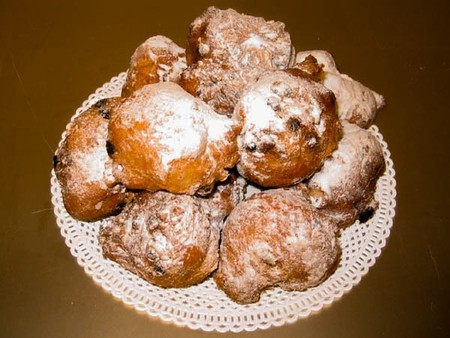