Digital Art And Process: An Interview With Loish

Loish: Visages, 2016 | © Loish
Dutch-born artist Loish is a force to be reckoned with. Her website recently hit one million Facebook likes – no mean feat in the age of ubiquitous digital technology. Earlier this year she also published an art book that was bankrolled by a wildly successful Kickstarter campaign. Clearly, she is doing something right. We caught up with her to discuss the process behind her digital artwork.

Can you elaborate on how modern technology allowed you to develop as an artist?

As a kid I would draw with Microsoft Paint and whatever else was available. I started using a tablet and a simple version of Photoshop when I was 15 – this was really important to my development, as these digital tools gave me a lot of room to experiment. As a result, I developed a really intuitive workflow, drawing what ‘felt right’ to me – which is a lot easier when you can play around with colors and completely change your drawing at different points in the process. This really helped me find my ‘voice’ as a character designer and digital painter. 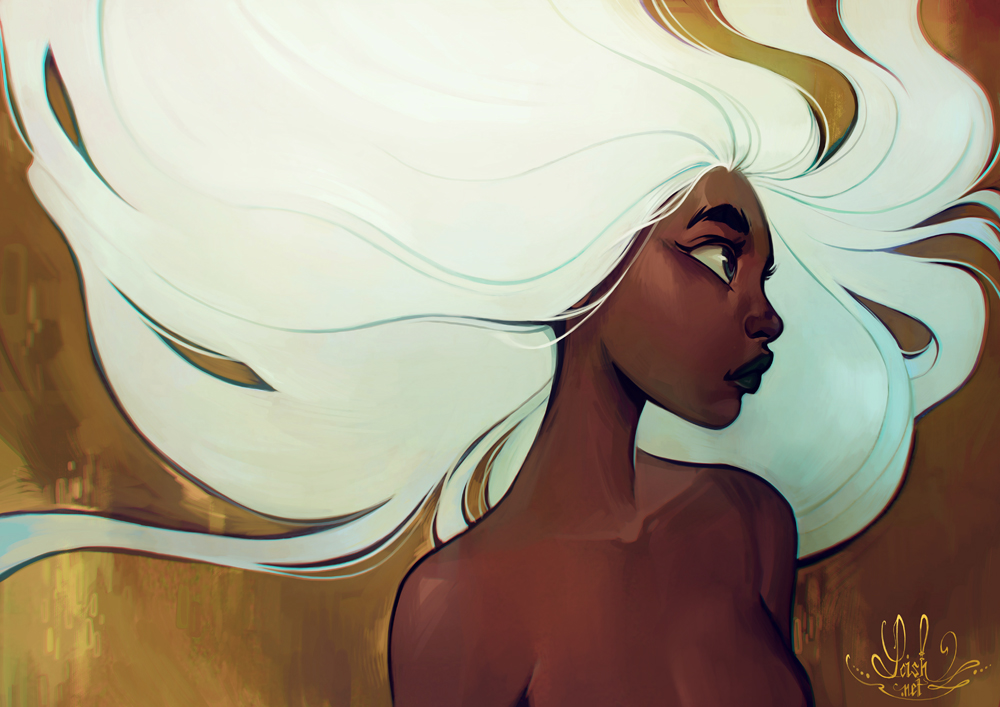 You really found a following through DeviantArt and other similar platforms. What originally drew you to these websites?

When I was a kid I spent a lot of time on Oekaki boards. These were really basic javascript drawing apps that were built into a browser. I found these boards because I was browsing Powerpuff Girl pages – I was a huge fan – and one of these sites had a drawing application. So it was really sort of a coincidence! I got to know a lot of other digital artists who were starting out on these boards, and noticed that they were posting their artwork on Deviantart. It was becoming more and more popular in this community, so I just followed the crowd, more or less. I loved the idea of sharing my work online so it was a good fit for me!

Would it be fair to say that you are more interested in characters than narratives?

When it comes to my own artwork, I am definitely more interested in characters than story. I don’t feel comfortable writing stories or creating complex worlds – that just isn’t my strength. However, I do love reading and watching stories by other people. I find that I create my best work when I am working in a team, doing character designs for a larger project and working with someone who has a narrative vision. I definitely want to do more work in graphic novels and animation, but as an artist who helps bring stories to life rather than creating them myself – that just isn’t for me! 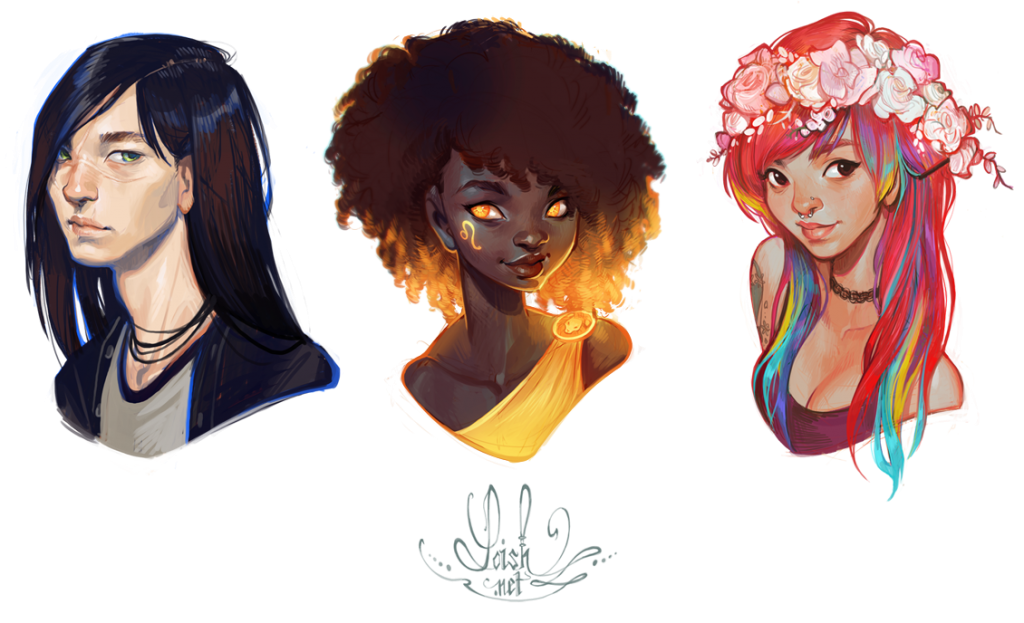 Can you tell us more about your process?

My process for digital paintings is really intuitive – I keep it very rough and messy and go into details when the drawing starts to ‘feel’ right. If a drawing isn’t working for me, I will change the entire colour scheme and composition. After that, it’s just a question of tweaking the details. For animation, I start with a super rough storyboard consisting of tiny, quickly drawn thumbnails, just to get everything flowing. I gradually develop the storyboard and add more levels of detail until it reflects how I think the animation should look – but since storyboards are subject to a lot of change, I wait until the story is finalized before taking this step. 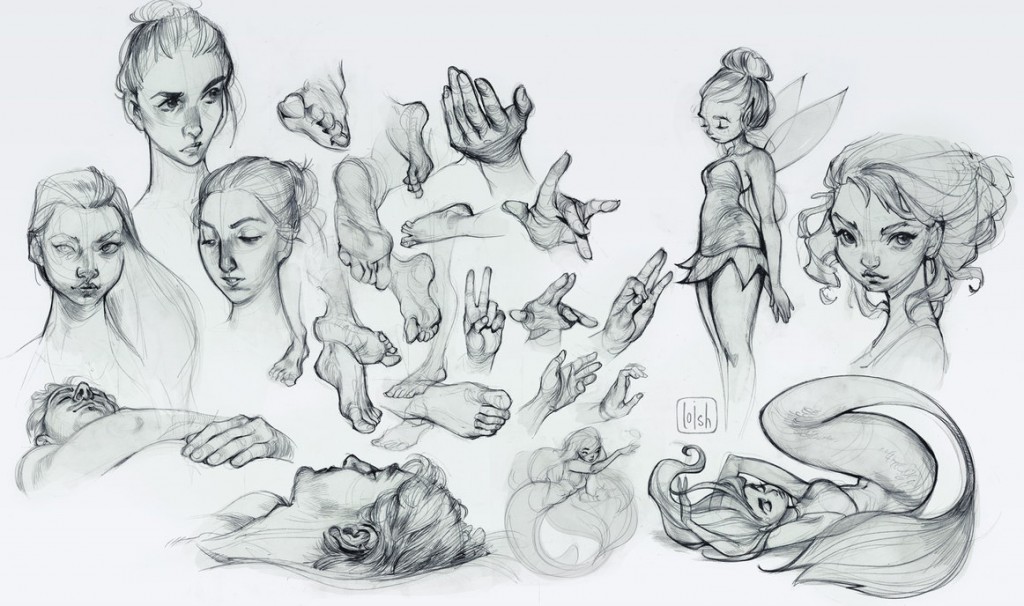 Do you ever try to convey a message through your work?

My artwork is a lot about creating a sense of peace and visual harmony. I do embrace the fact that I mostly draw women and try to make designs that are inclusive and relatable, which is an important message, but this isn’t my main motivation – more a desired side effect! 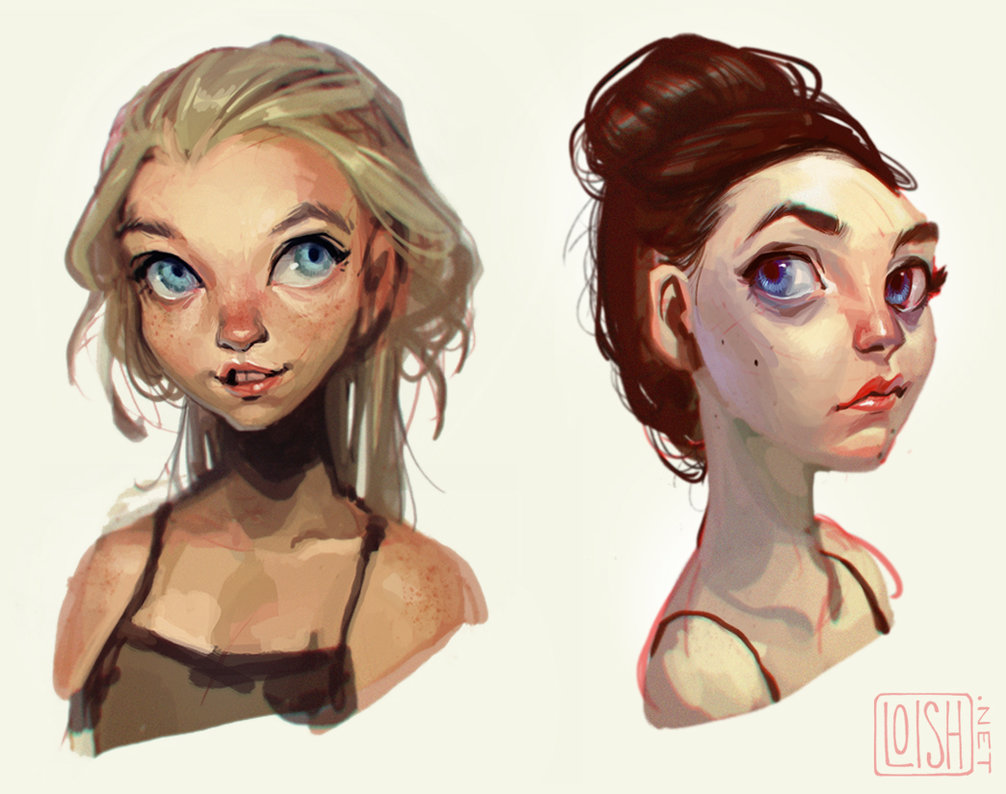 The presence of natural figures in your larger pieces appear to reference Art Nouveau. Was this a conscious choice?

Art Nouveau has had a huge impact on me. When I first discovered Alphonse Mucha’s work I was blown away by the elegant compositions and decorative femininity of his posters and artwork. Around the same time I discovered Asian art styles – specifically Korean character designers and Japanese animation – which influenced me a lot, and really pushed me to learn how to pull off a painterly style using digital media. Throughout my life, Disney has also been a constant inspiration. 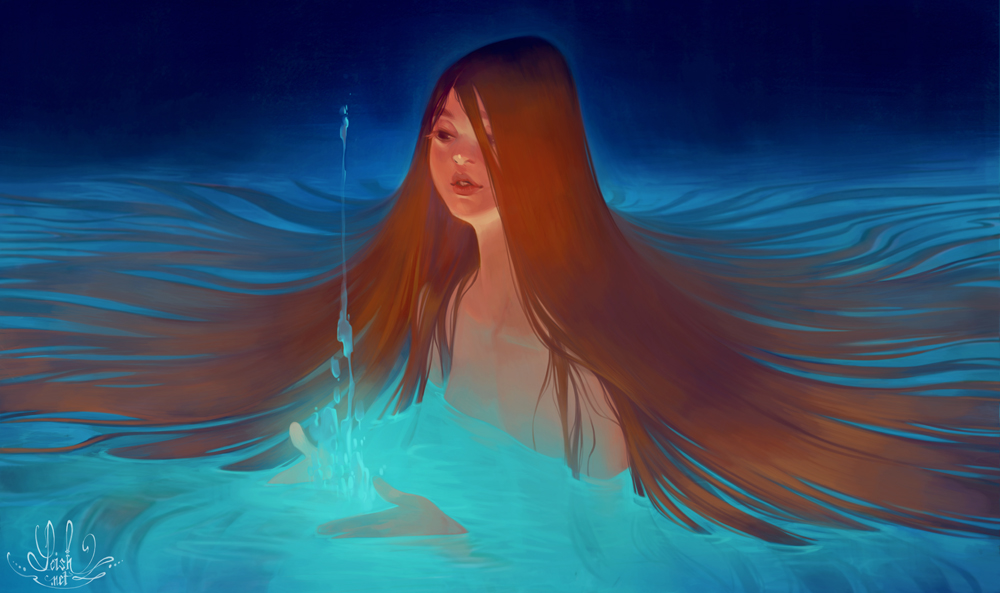 Although most of your work features unique characters, you have returned to No Girl several times. Is this character special in some way?

I drew this character for the first time in 2004, and now, 12 years later, I feel like this character still embodies my visual style, despite the many ways that it has changed and evolved over time. So the character is special to me because it represents some kind of artistic identity that has remained intact throughout my studies and career! I find it really amusing; but the meaning of this character doesn’t go much deeper than that. 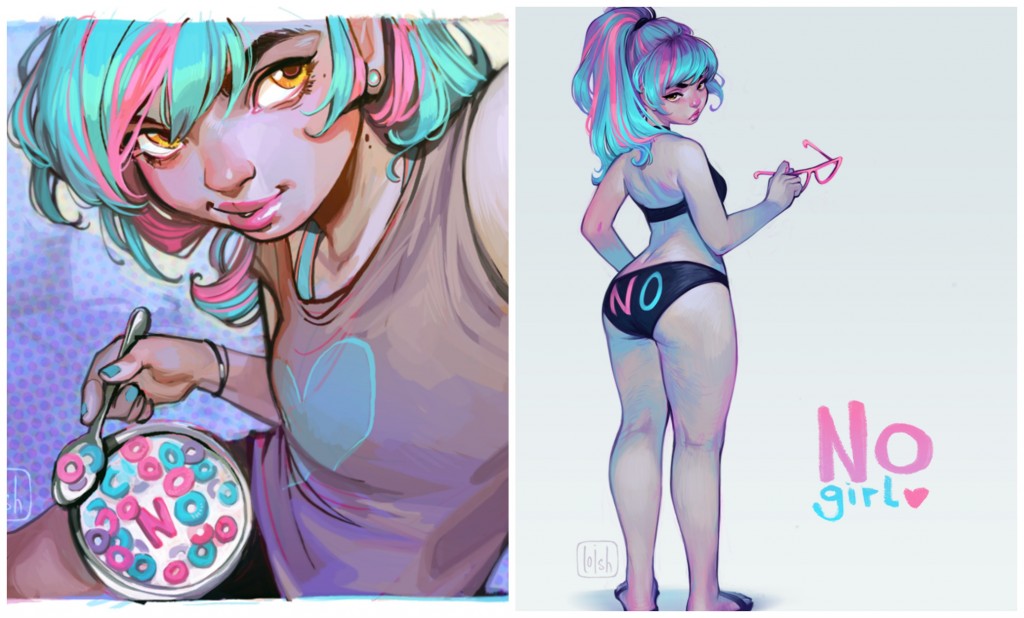