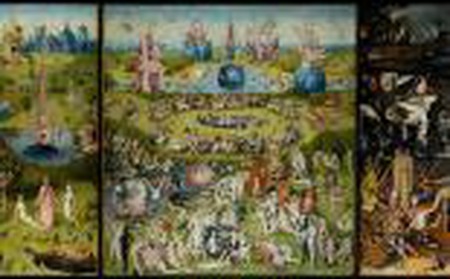 Influential for centuries after his death yet still shrouded in mystery, Hieronymus Bosch was a medieval painter whose apocalyptic depictions and religious visual narratives haunt all who view them. Born in what is now The Netherlands, the popularity of Bosch’s work has fluctuated throughout the ages, and today only 25 authorized works remain. 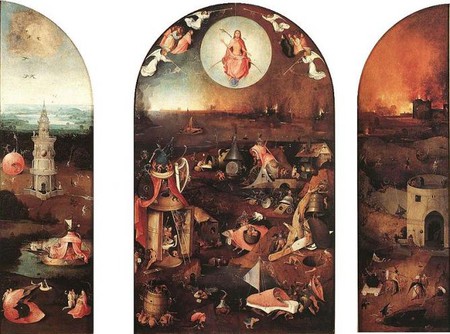 Hieronymus Bosch is one of the most enduring enigmas of the art world. So little is known about him that nearly five hundred years after his death, historians still debate which works we can accurately attribute to him. We don’t know who taught him, or when exactly he was born. Some say he was an Adamite satirist who worshipped the pleasures of the flesh. Others portray a deeply religious man, intoxicated by the different ideas of his day, surrounding alchemy, theology and astrology. In the Western world growing increasingly secular, and with ever-expanding globalization constantly consuming new ideas, it is open to debate whether Bosch’s beautifully terrifying portraits of sin and damnation will remain relevant. One country perhaps more than ever has played an integral part in preserving his legacy thus far, but in today’s age of collective culture does the fate of the one they called the “Demon maker” still rest solely in their hands?

Born around 1450 in ’s-Hertogenbosch, now part of the present-day Netherlands, the world in which Hieronymus Bosch lived and worked was a transitory one. Art historians have tried to analyze his perversely erotic, religiously idealistic paintings utilizing Freudian theory. Bosch’s world though was one entrenched with the searing sense of eternal damnation, totally at odds with our own scientific age. It is impossible for us to fully comprehend the devout religiousness or the contradictory ideas fuelled by pessimism, which created that deep sense of moral guilt. Magic and mysticism blossomed, and astrology seeped its way into the middle-class urban society that Bosch would have been a part of. It was a truly medieval age with a culture bearing little resemblance to our own. Due to this, psychoanalysis has given us few concrete conclusions regarding the thought behind Bosch’s otherworldly visions. 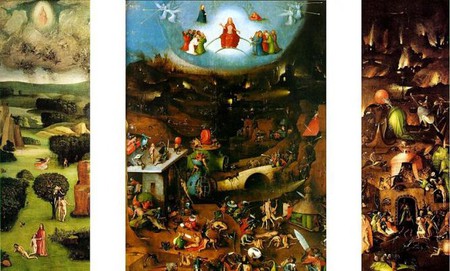 Hieronymus Bosch, The Last Judgment, circa 1482 and circa 1516 | WikiCommons

Others believe Bosch sought answers in the Adamite way of thinking and have used this theory to attempt to untangle his work. In 1486 Bosch joined the Brotherhood of Our Lady, a religious group of socialites, artists and thinkers, who not only performed acts of a religious nature but also commissioned art of moralistic symbolism (some by Bosch) and were dedicated to the thoughts of the age. The Brotherhood were supposedly secret Adamites, who believed sin was the work of God, therefore denouncing the notion of evil, and pursuing all forms of earthly pleasures. Art scholars reject this idea of Bosch as Adamite though on the basis that it reduces him to little more than a talented illustrator of Adamite doctrine. What is clear however, is whatever inspired Bosch, his work is one of a spiritually troubled mind, constantly in battle with itself, and searching for absolution.

What cannot be debated though is the quality of Bosch’s work. Regarded as a genius, consumed by the idea of the impending Second Coming, and fascinated by Saint Anthony and his struggles against temptation, his work is seen as the result of a man painting the inner depths of his own and perhaps our nature. Some have argued that Bosch’s dark sermons were down to the influence of drugs, however scholars point to the stylistic clarity, the detail, the symbolism and the sheer uniqueness of his imagination when expressing all the conflicts of his soul, and the age, as signs of true genius. 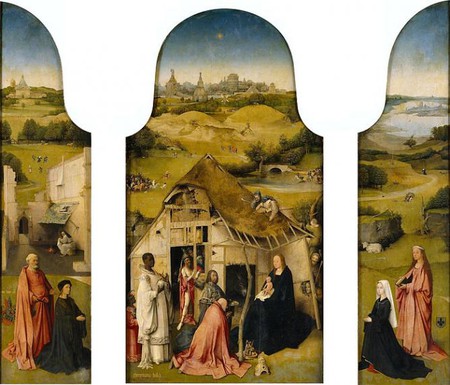 Hieronymus Bosch, The Adoration of the Magi, circa 1495 | WikiCommons

Due to Bosch never dating his work only 25 pieces can be positively credited to him today. Historians have tried to put these into four stages, in order to create some sort of timeline and context for his work, but even the dates used for this cannot be completely agreed upon. What we do know is that after his death in 1516, no talented followers continued his work, there were imitators, but little of these works remain, due to their lack of quality. Bosch had no predecessors either, and at the time he produced his great works Dutch art collectors imported Italian Renaissance pieces that were in sharp contrast to what Bosch was producing. This leaves Bosch an isolated figure in his own time as well as ours.

Despite this isolation Bosch enjoyed considerable artistic success during his lifetime. Kings and gentry commissioned pieces from him that then influenced poets and writers of the time and for at least a century after his death. By the 19th century though his work was largely forgotten. Today The Last Judgement Vienna Triptych can be viewed in the Academy of Fine Arts in Vienna, but in 1821 when it was bequeathed to the academy, it was credited to Pieter Brueghel the Younger. It is a sharp reminder and high profile example of just how far Bosch’s work and the culture of his time fell from the public sphere. There was however a place where Bosch’s work had been collected and preserved throughout this time, a place where it waited for its own Second Coming. 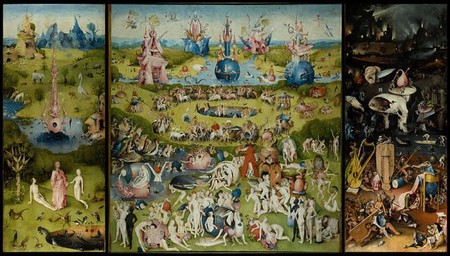 Hieronymus Bosch, The Garden of Earthly Delights, between 1480 and 1505 | WikiCommons

It began when Philip The Handsome commissioned Bosch to paint the Last Judgement, not to be confused with the Vienna Triptych, and continued with King Philip II, his grandson. It was Phillip II who collected Bosch’s great masterpieces, cultivating a relationship between Spain and Bosch that has survived to this day. The Triptych of The Garden of Earthly Delights for example, possibly the most complex piece Bosch ever painted, can be found in Madrid’s Museo Del Prado. Just as the Vienna Triptych was occupied with the last judgement so to was The Garden of Earthly Delights. Where dark colours and relentless portrayals of sin and the grotesque occupy the Vienna Triptych, giving it an almost soul-destroying claustrophobia, The Garden of Earthly Delights in comparison appears as a paradise. Its landscapes feel vaster, particularly the central panel awash with pinks, greens and blues. With its naked men riding horses bareback, and its pool surrounded by naked women, and enormous opened up fruit, it is to us a delightful mystery.

As well as The Garden Of Earthly Delights, Philip II also acquired The Haywain and The Adoration of The Magi (both considered masterpieces), The Seven Deadly Sins and The Last Four Things, and The Stone Operation. All of these classic Bosch pieces can be found in the Prado. Over time, like the rest of Europe, these nightmarish prophecies fell out of the collective consciousness of the Spanish artists and nobility. In fact by the 17th century his work was only seen as an amusing folly of the Royal family. It is hard to deny though that without the passion the Spanish showed for his work, and without the effort taken in collecting and preserving it, there would be even less of the 25 five pieces left today. 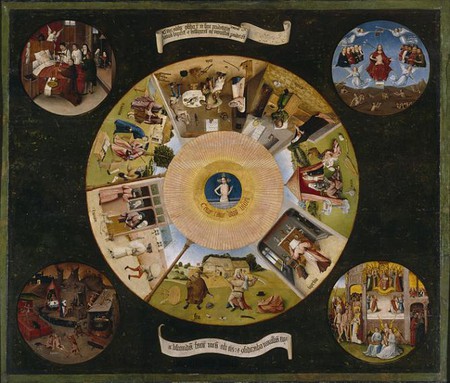 Hieronymus Bosch, The Seven Deadly Sins And The Last Four Things, between 1500 and 1525 | WikiCommons

In this global age of climate change, how relevant can a preacher of the apostles be? If we now care less about eternal damnation, and more about a human instigated apocalypse, and if our concept of sin is not one that recognizes greed or lust as something deadly, but instead as commercial mainstreams, can his work still speak to a contemporary audience? Perhaps then the fate of these Bosch masterpieces rests not with the tastes of one particular country as it did so long ago; perhaps it rests within our own psyches. For as long as Bosch’s visual forewarnings continue to arouse a sense of self, death, a terrifying afterlife and a final judgement, and as long as they continue to evoke an emotional reaction, Hieronymus Bosch will remain relevant.