A Solo Traveler's Guide to Amsterdam

Discovering a new place alone opens up many possibilities, and traveling solo means that adventurous individuals can completely set their own agendas. However, getting the most out of a city isn’t always easy, and sometimes even the most experienced traveler needs a little help. Fortunately, we’ve done the research and put together a short guide for solo travelers heading to Amsterdam, covering the best spots to hang out alone, or meet other like-minded people.

There are a number of hotels and hostels in Amsterdam that are purposely designed to foster casual get-togethers. Volkshotel, for example, is an extremely trendy establishment that takes hospitality to a whole new level, and encourages its guests to mingle with each other inside the hotel’s numerous, socially driven facilities. For more party-focused accommodation, it’s best to look for places in central Amsterdam, such as the Flying Pig Downtown, the Bulldog Hotel and St Christopher’s at Winston Hotel, all of which are cannabis-friendly and specifically cater to night owls. 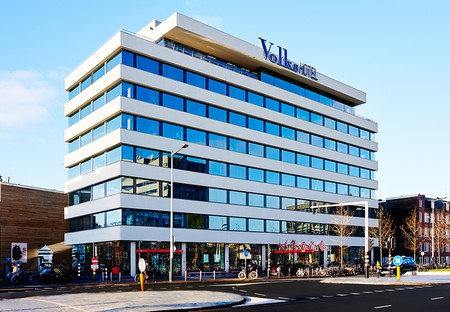 If you know where to look, there is never a dull moment in Amsterdam. During the day time, the city’s numerous, world-leading museums offer an outstanding variety of exhibitions, which appeal to a large spectrum of tastes and preferences. Museumplein is the best place to discover the city’s most iconic cultural institutes, and contains the Rijksmuseum, Stedelijk and Van Gogh Museum. Besides these famed institutions, Amsterdam also boasts several more unusual attractions, like the Hash, Marihuana & Hemp Museum and the Museum of Sex, both of which are located in the city center. 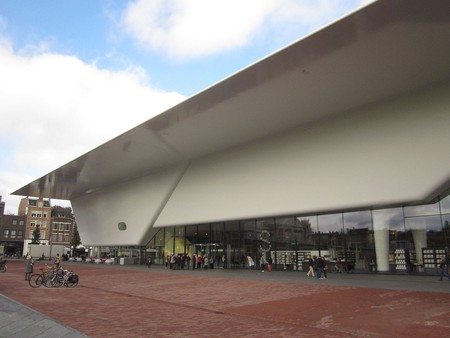 After dark, it is worth checking out Amsterdam’s nightclubs and concert venues. Disco Dolly is open well into the early morning every day of the week and plays classic hits. At the weekend, De School, Shelter or Radion, regularly organize parties that feature internationally recognized DJs, and each of these clubs holds a 24-hour license. For live performances, OT301, de Nieuwe Anita, and OCCII all host concerts throughout the week, and have deep ties with the local music scene.

Where to meet people

Although there are thousands of bars in Amsterdam, striking up a conversation with strangers can be tricky, as many people aren’t looking to make new friends. Fortunately, there are several watering holes that attract amicable clientele. Coco’s Outback on Rembrandtplein is notorious for its parties and also screens international football matches. Meanwhile, the Hill Street Blues in the Red Light District has a quieter atmosphere and allows guests to spark up joints in its smoking area. 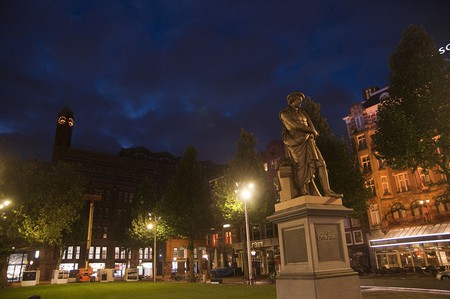 Before officially launching new exhibitions, most galleries and museums in Amsterdam organize night time events that are open to the public. The Van Gogh Museum also regularly hosts a party called Vincent on Friday, which features live DJs, artwork and cocktails. 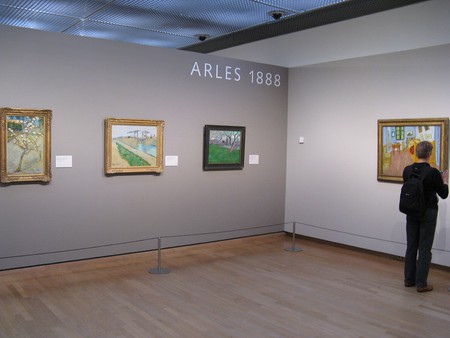 Coffeeshops are obviously a great place to meet fellow smokers, and places like Barney’s, the Bulldog Palace and Dampkring are known for their friendly ambience. Many venues around Amsterdam also host LGBT parties throughout the week, which are welcoming towards locals, foreigners and tourists. 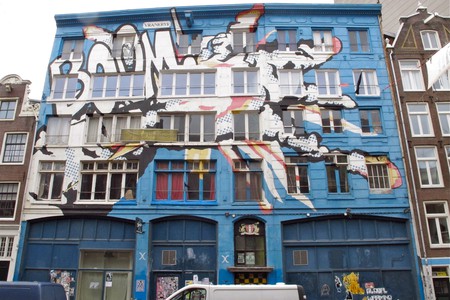 Once a week Vrankrijk throws an LGBT party | © FaceMePLS / Flickr

To get around the city, it is always advisable to rent out a bike from a reputable cycling store. Having a bicycle in tow means getting from one place to another literally takes minutes, and allows solo travelers to experience Amsterdam from a new perspective. Alternatively, buying an extended ticket from a tram or train station makes it much easier to hop on public transport. 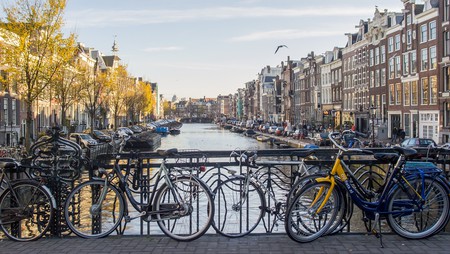 Obviously, pick up a bike as soon as possible | © Ed Webster / Flickr

Despite Amsterdam’s reputation among drug tourists, cannabis is highly regulated in the Netherlands, and other substances are simply illegal. Although it might be tempting to purchase weed on the street, it is never worth the risk, as quality cannabis can easily be purchased from coffeeshops, while buying other drugs is exceptionally dangerous and dealers can often lie about their content.