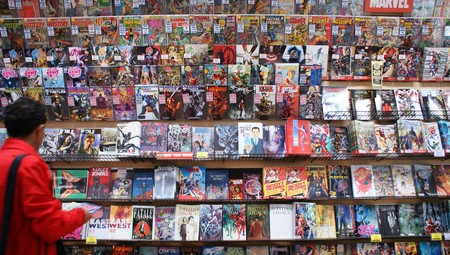 Looking to add some new editions to your comic book collection on your next trip to Amsterdam? We’ve got you covered with the following guide to the city’s comic, graphic novel, and manga hotspots.

Central Amsterdam contains several fantastic comic book stores, each with their own distinctive catalogs and charms. Henk Comics is the largest of their number and is spread over a narrow townhouse that links Nieumarkt to Amsterdam’s China Town.

From the outside the store appears deceptively small, however, its site actually takes up an impressive amount of space that is completely dedicated to graphic novels, comics, and manga. Its collection is divided over two floors that are connected by a small staircase. The eastern section of the store is devoted to European and American comics and features a massive selection of new, old, and reissued prints, whereas Asian imports and full graphic novels can be found on Henk Comic’s upper floor as well as film, comics, and computer game memorabilia.

The store was established over 20 years ago and has become a staple of Amsterdam’s comic scene. Its showroom regularly hosts themed events including bi-annual Batman Days and Henkoween — a Halloween party that revolves around comic books.

A bit of comics and manga magazines #comics #amsterdam #iamsterdam

Lambiek is also located in Niuewemarkt and offers a wide variety of mainstream and alternative comic books. The founder of this store, Kees Kousemaker, was among the first Europeans to take underground comics seriously and established Lambiek in 1968 as a platform for collectors, experts, and artists. Lambiek’s current owners honor the store’s heritage by regularly hosting illustration workshops and events, while allocating large parts of their showroom to temporary art exhibitions.

Lambiek’s website features an online comic book encyclopedia that traces the history of the medium and its influence on European culture. This site provides invaluable insights into the trends behind modern comic books while recounting individual artists’ biographies and output.

Although the American Book Centre and the Book Exchange mainly focus on conventionally written literature, both stores have sections devoted to comics. The American Book Centre’s first floor has a huge rack of contemporary prints and its management regularly reduces the prices of its stock. The store has other themed merchandise that will likely appeal to comic book lovers, including board games and action figures.

The Book Exchange exclusively sells second-hand literature and keeps a remarkable collection of 20th-century strips. Its Alan Moore section is particularly noteworthy and usually features several rare or out-of-print editions from the esteemed author. The Book Exchange’s basement is undoubtedly the best place in Amsterdam to find science fiction or fantasy novels, and of all its stock is exceptionally affordable. 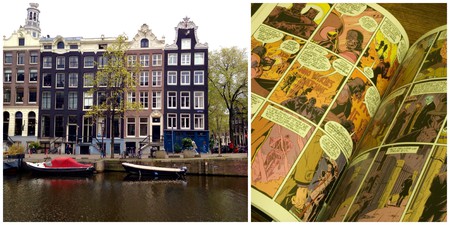 While traipsing between stores it’s worth checking out Pop Cult on Rokin – a central street just off of Dam Square. This store keeps a massive supply of comic book merchandise and sells branded clothing from iconic franchises. Batman is particularly well represented at Pop Cult and the store keeps an abundance of wallets, shirts, and hats printed with a yellow bat-signal.

TonTon Club is a great place to chill after spending a day browsing through books and strips. This adult-orientated arcade is lined with vintage coin-op machines that can be enjoyed alongside a round of beer. Classics like Time Crisis and House of the Dead are in working order at TonTon Club. 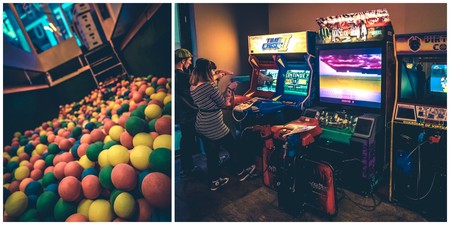