A Colony of Wild Parakeets is Flourishing in Amsterdam: Here’s Why 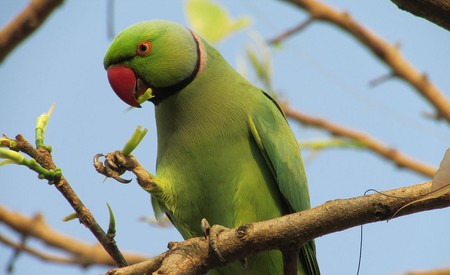 There is an unusual flock of birds living amid Amsterdam’s native avian population. These colourful specimens are called rose-ringed parakeets, and they thrive in colder, urban climates, despite hailing from tropical regions.

Colonies of feral rose-ringed parakeets have been sighted in Amsterdam since the mid-1970s and recent surveys suggest that there are now over 4000. As the birds prefer to nest inside trees, they tend to congregate around parks or gardens, where they can safely breed and forage for food. Unlike many other species of parrots, rose-ringed parakeets are notoriously resilient to urbanisation and flourish in built-up areas.

Although they are certainly exotic, their presence in Amsterdam is actually a divisive issue among locals. For many, they are simply a pleasing addition to the city’s wildlife, whereas others claim that their breeding habits are harmful towards native species such as woodpeckers. 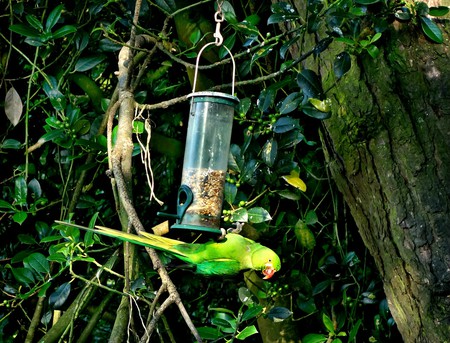 Many people enjoy feeding the parakeets in Amsterdam | © MabelAmber® ***Pluto5339***As yet incognito..../ Flickr

Over the years several urban legends have circulated around Amsterdam attesting to the birds’ origins. One story states that a kind-hearted old woman living on Overtoom decided to free a mating pair in Vondelpark, where they quickly multiplied, while another claims that a truck carrying hundreds of exotic birds overturned in Amsterdam, allowing its cargo to escape from captivity.

A more recent theory, forwarded by Het Parool, suggests that the first generation of parakeets were originally owned by an American company based in Amsterdam-West. According to this hypothesis, whilst relocating to new offices elsewhere in the Netherlands, this firm failed to properly attend to their menagerie and accidentally released hundreds of birds upon Amsterdam. 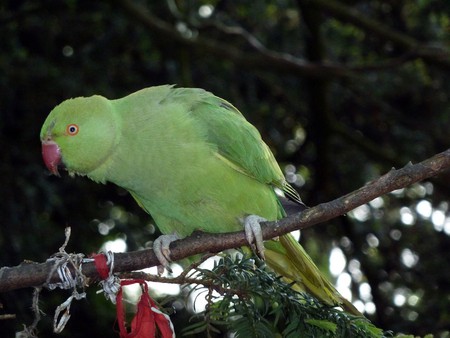 While these accounts are obviously based on hearsay, their underlying reasoning hints at a verifiable fact – namely, that in the past it was much more common for people in Amsterdam to keep exotic birds as pets, and it was only a matter of time before a large enough breeding population was let loose in the city.