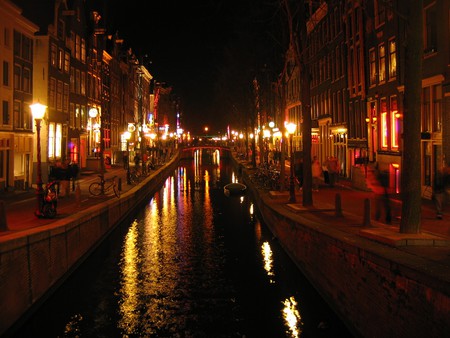 Amsterdam’s Red Light District has recently undergone some serious changes. The neighborhood’s synonymity with illicit, or seedy, behaviour is slowly giving way to more reputable associations, and several cultural initiatives have sprung up within its narrow streets, including Red Light Fashion. The city’s government is partly responsible for this rapid growth in commerce and has been encouraging budding enterprises to set up shop between the Red Light District’s notorious windows in order to cap crime and revitalize the area’s image.

The idea was simple: rejuvenate Amsterdam’s oldest neighborhood by shifting focus away from the sex trade and onto the city’s cultural output. To meet this end the municipality subsidised a handful of start-ups and provided them with work space throughout the Red Light District. After years of research and development, the plan began to take shape in 2007 . 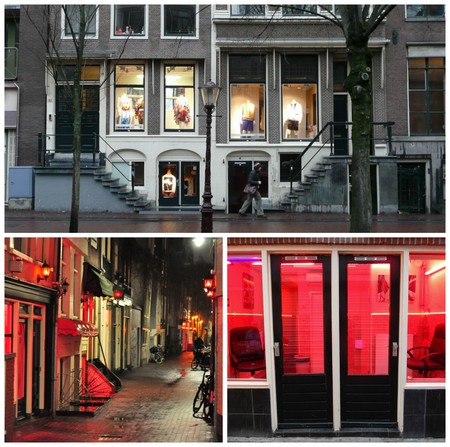 These storefronts acted as a platform for Dutch talent, allowing aspiring designers to exhibit their creations to the wider public. The government gave each designer a year to showcase their work rent free and full reign over their workspace. Some of the designers decided to keep to time tested methods, creating boutiques that wouldn’t look out of place in P.C. Hooftstraat, London’s Bond Street, or Avenue Montaigne in Paris. Others chose more daring approaches, displaying their work via a series of live peepshows.

In 2009 the project ended and it has yet to be renewed. Nonetheless, HTNK remains active in the Red Light District alongside many other cultural enterprises including Red Light Radio, and Café de Prael.