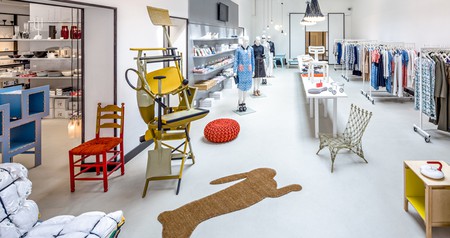 During the 1990s Droog quickly amassed a large following due to its intuitive grasp of modern design and its eagerness to develop the field down previously unexplored avenues. Many of the company’s innovative, minimalistic products set new standards within the industry and helped shape contemporary design practices.

The company was established in 1993 by Renny Ramakers and Gijs Bakker as a platform for contemporary Dutch design. Later that year the pair presented a line of interior products made from prefabricated objects and repurposed industrial material at the Milan Furniture Fair. This collection was titled Droog (dry) due to its modest sensibilities and knowingly austere aesthetic.

After their successful debut, Ramakers and Bakker continued to collect items under the moniker Droog and decided to maintain a conceptual approach towards design. For the next ten years the company collaborated with many eminent Dutch designers and exhibited their work at trade events and galleries throughout the world. 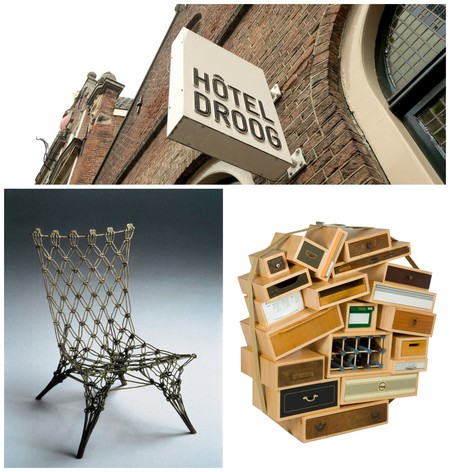 By the late 1990s Droog had launched several side projects including an experimental intuitive called Dry Tech which lead to the creation of Marcel Wander’s iconic ‘Knotted Chair’ and several other groundbreaking products. Due to its singular vision, Droog eventually became an internationally recognised brand and was partly responsible for the revival of Dutch design that occurred during this period.

In 2003 Ramakers and Bakker purchased a former textile factory in Amsterdam and converted it into their headquarters. This new site allowed them to develop deeper ties to the Dutch capital and gave Droog a permanent base of operations. Later on, Droog extended its building and constructed an onsite design store, gallery, restaurant and single suite hotel. Because of these expansions its headquarters was retitled Hotel Droog.