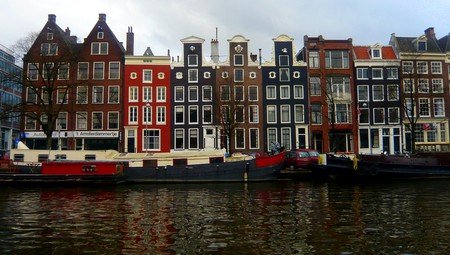 The narrow townhouses that line Amsterdam’s 17th century canal rings are possibly the most iconic feature of the city’s inner urban centre. These picturesque abodes are unbelievably photogenic and regularly appear on souvenirs produced inside the city. Although, their design is now mainly associated with aesthetics, the townhouses originally played an important role within commerce and their construction had a significant effect on Amsterdam’s civic layout.

During the 17th century Amsterdam experienced a massive economic boom, which led to the creation of its concentric canal belt. Four massive ditches were dug around the Dam, with each connecting the currents flowing between Amsterdam’s main sources of water; the river Ij and Amstel. These new constructions were designed to encourage water traffic and meant that goods could be rapidly transported around the city.

As money poured into the city, many wealthy traders decided to relocate to central Amsterdam, consequently leading to an enormous spike in population. Due to Amsterdam’s cramped layout housing quickly became an issue, and to solve this problem the municipality started handing out plots of land to affluent citizens. Although these parcels were relatively generous, they were unusably narrow, allowing the government to cram as many houses as possible onto the banks of the canal rings. 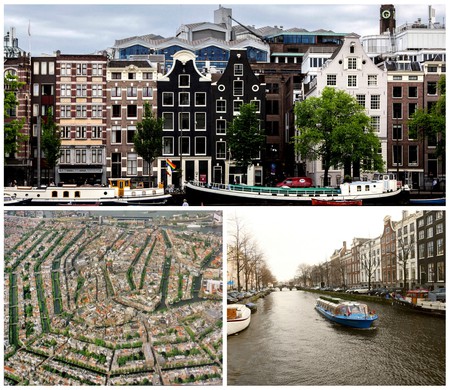 Many of these new landowners decided to use their homes as a place of business and turned the front parts of their properties into warehouses, offices and private docks in order to make the most out of their canal-side location. Today this mercantile heritage remains visible and many houses still possess the large, roof-mounted hooks that merchants used to lift goods from barges into their attics.

While houses of this kind can now be found throughout Amsterdam, the oldest, and most magnificent of their number are located on Prinsengracht, Herengracht and Keizersgracht — a triad of beautiful canals that encircle the city’s historic center.