The Best Brown Cafés In Amsterdam 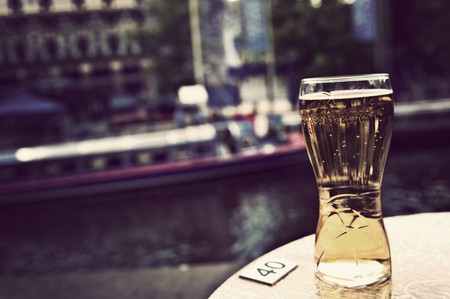 Brown cafés are traditional Dutch pubs named after their tanned wooden decor and tobacco stained wallpaper. These pubs commonly drape thick afghan rugs over their tables ,a feature that soaks up careless patron’s spilled beer. Every neighbourhood in Amsterdam has its fair share of these rustic watering holes, complete with a cast of local characters and friendly bar staff. Expect Dutch or Belgian beer on tap, and a selection of bar snacks straight from the deep fat frier.

Arendsnest only serves beer that has been brewed in the Netherlands, making it a great spot to sample local pilsners and ales. Its bar staff are more than willing to share their extensive knowledge of local brews and will happily suggest a drink that suites your specific tastes. Arendsnest is on the Western side of Herengracht, meaning it is exceptionally close to the city centre and its terrace is built onto the side of a canal. 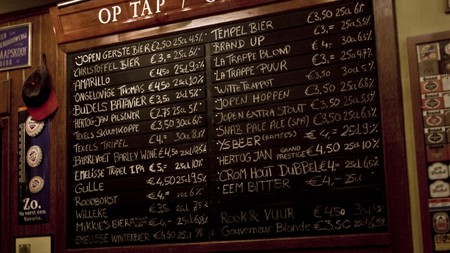 Café Chris is amongst the oldest pubs in the Netherlands. It opened in 1624 and has been serving thirsty locals ever since. The pub was originally a place where construction workers in De Jordaan would meet to collect their wages. These men were employed by the municipality to build Amsterdam’s iconic Westerkerk (the city’s tallest church). Today, Café Chris serves a number of Dutch beers on tap and possesses a full scale pool table. 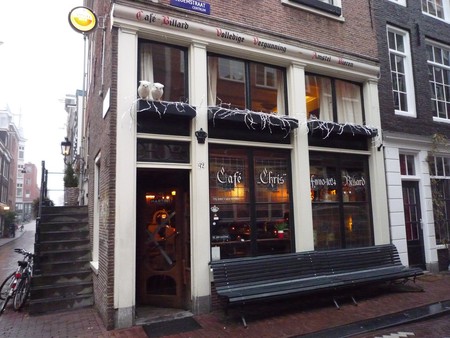 Café Barderij flies a rainbow flag above its entrance and is widely known as one of Amsterdam’s best gay bars. Its interior is decked in traditional wooden furnishing, giving the bar a cosy atmosphere. The beer is particularly cheap and Barderij plays music well into the early morning. This lively pub is part of Niuwemarkt and is open from the early afternoon. 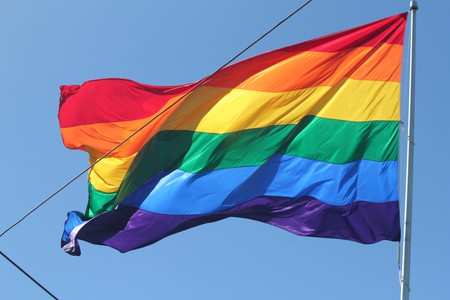 Café Hoppe is an ancient establishment that can trace its history back to the 17th century. The pub is located on Spui, a central square a few minutes away from Amsterdam’s flower market. Its owners claim that the Dutch liberal party, D66, was founded inside of its walls and that brewing-magnate, Freddy Heineken, was among its clientele during the 1970s. Hoppe also serves meals throughout the day. 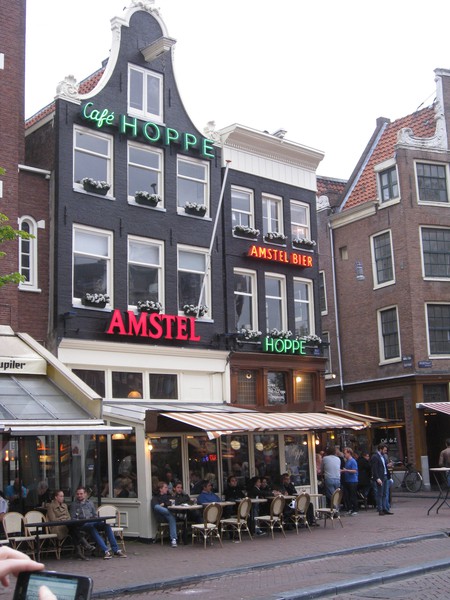 Several pubs in Amsterdam claim to be the favourite haunt of local intellectuals. Café de Pels is one of the best spots in Amsterdam for beer and it certainly has its charms. The café’s walls are decorated in local artwork donated by its patrons. Students, writers and academics can often be heard discussing their work in De Pels over a round of lager. 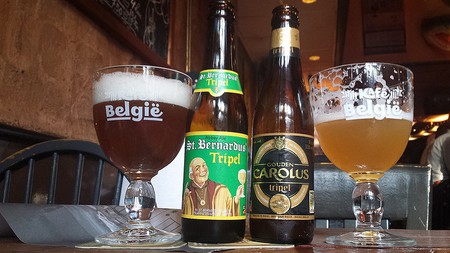 A local distillery constructed this pub in the mid 17th century constructing the establishment next to the newly built Niuwe Kerk. De Drie Fleschjes still sells liqueur and spirits, lining its walls with dozens of barrels containing harder alcohol. Jenever is the bars speciality and can be sampled or bought by the bottle. This spirit is somewhat similar to gin but is slightly less peppery than British varieties. 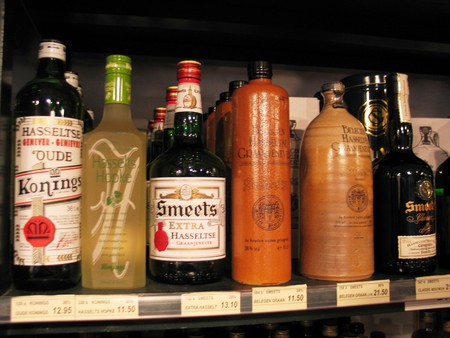 While Café de Dokter is the smallest pub in Amsterdam, it never feels claustrophobic. De Dokter’s warm atmosphere is complimented by its tiny interior, making the pub a cosy refuge inside of Amsterdam’s busy ‘Nine Streets’ neighbourhood. Whiskey connoisseurs will be delighted by the café’s menu and can pair their scotch or bourbon with one of De Dokter’s homemade, juicy pickles.