12 Beautiful Paintings By Rembrandt You Haven't Seen Before

The great Dutch Old Master Rembrandt left this world numerous paintings, etchings and drawings. While art aficionados would love it if every piece could be displayed for everyone to see, it doesn’t always happen. Whether exhibitions spaces don’t have enough room, or works are in private collections or have been tragically lost, some works aren’t often on the public scene. Here are 12 beautiful paintings by Rembrandt that are not on display often. 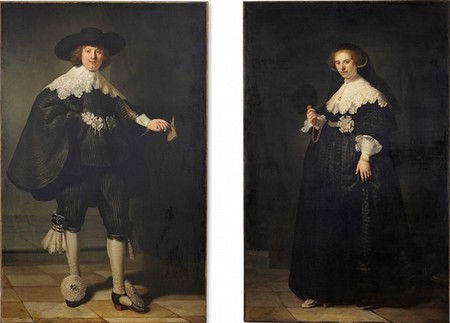 Owned by the Rothschild family for years, the Portrait of Marten Soolmans and Portrait of Oopjen Coppit have rarely been seen in public. However, that will soon change. The lovely full-length portraits, which feature a young couple and which commemorate their wedding, will make their home at two of the world’s leading museums, the Louvre in Paris and the Rijksmuseum in Amsterdam. The two museums purchased these paintings together in order to keep the works together. 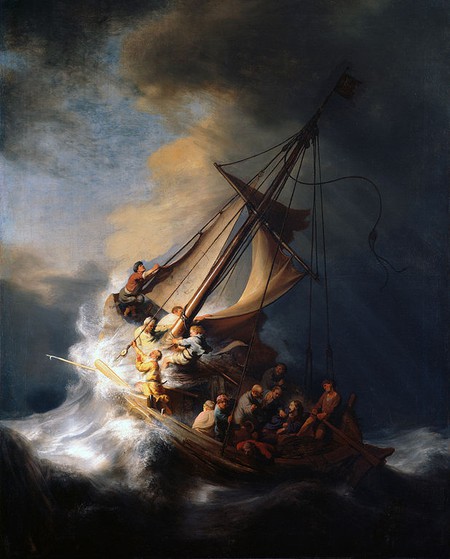 Rembrandt, Christ in the Storm on the Sea of Galilee, 1633 | © Rembrandt/WikiCommons

Depending on your year of birth, you may have never seen the Christ in the Storm on the Sea of Galilee in person. The beautiful, tense painting depicts a dark, violent storm at sea — Rembrandt’s only painted seascape — with a ship taking center stage. Exuding terrifying emotion, intensified by the artist’s use of light and shadow as the ship is battered by the storm, the biblical painting is, unfortunately, lost. It was stolen during the 1990 art heist at the Isabella Stewart Gardner Museum in Boston, Massachusetts. 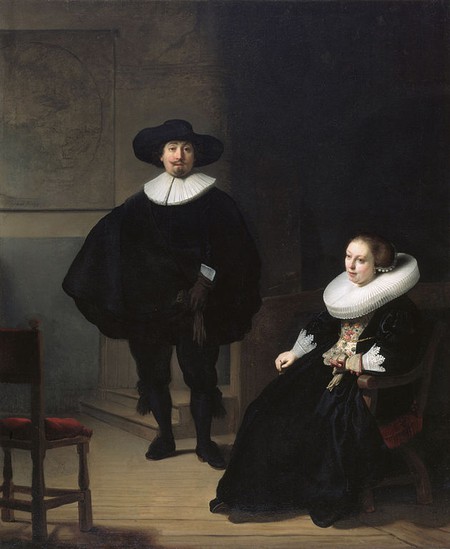 Rembrandt, A Lady and Gentleman in Black, 1633 | © Rembrandt/WikiCommons

Another beautiful painting by Rembrandt that you most likely have never seen before, is the 1633 work A Lady and Gentleman in Black. Also stolen from the Isabella Stewart Gardner Museum in 1990, along with 12 other works, this is a double portrait showing a standing man and a woman sitting on chair with a rich red seat cushion to the left. Both dressed in black and white garb, the two figures are placed against a neutral-colored background drawing the viewers’ eyes straight to the couple. 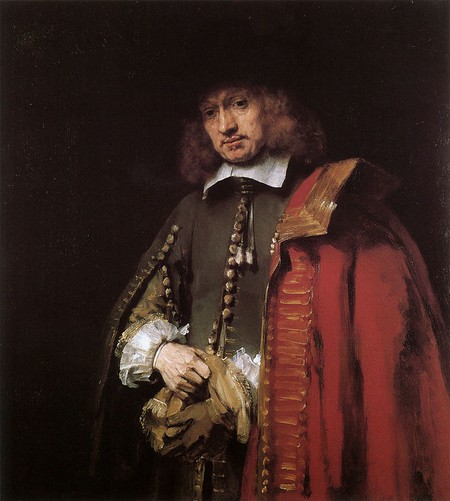 Jan Six came from a prominent family and was an important figure in the Dutch Golden Age. His portrait was painted in 1645 by Rembrandt, and it is still privately held within the family’s collection, known as the Six Collection. A breathtaking portrait, Jan, with his red curly hair, is clothed in sumptuous clothing, including a hat. With a slightly downward gaze, he appears as though he is lost in thought. Even though this painting is sometimes loaned out to museums in the Amsterdam area, it remains, for the most part, in the family home. 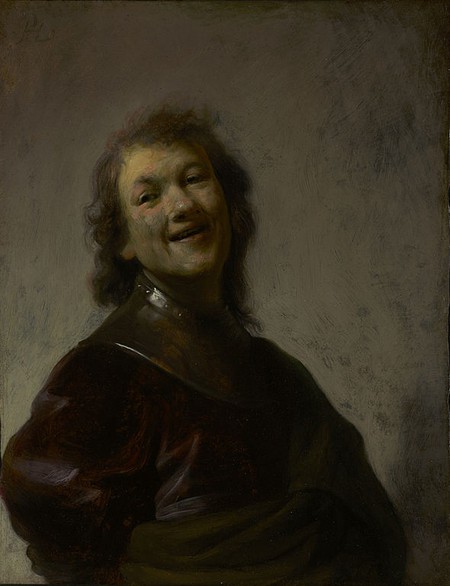 Unless you’ve visited the J. Paul Getty Museum in Los Angeles within the past few years, it is unlikely that you have viewed the charming self-portrait known as Rembrandt Laughing — it was previously held in a private collection. Rembrandt was known for creating numerous self-portraits throughout his career, including this little work, which is painted on copper. An early self-portrait, a young Rembrandt is seen laughing with his head tilted backwards, which, of course, beautifully displays his quick brushstrokes.

St. James the Greater, also known as Apostle James the Mayor, depicts the Apostle James praying. A half-length profile painting awash in neutral colors, including browns and grays, it shows the Apostle James with his hands clasped and a dim light washing over him, creating a peaceful image. In private hands for many years, the rare late work went on the auction block in 2007 and sold to an anonymous buyer for a little over 25 million US dollars. 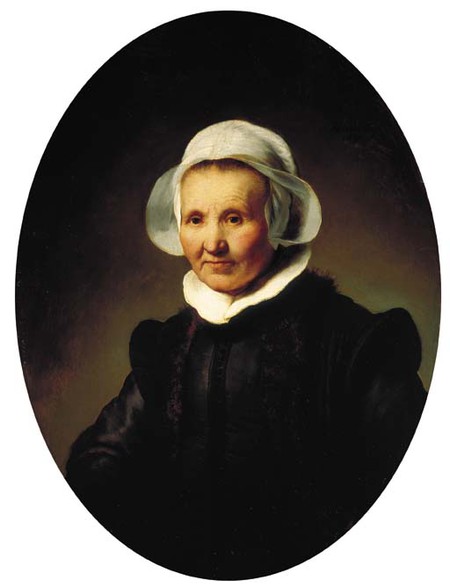 Portrait of a Lady, Aged 62, from the year 1632, depicts exactly what the title states: a 62-year-old lady. Currently in the hands of an American private collector, this gem features a woman with a gentle face, rosy cheeks and the fine lines that come along with age. Wearing conservative black clothing and set against a neutral background, her head is covered with a simple white cap, drawing attention to her face. 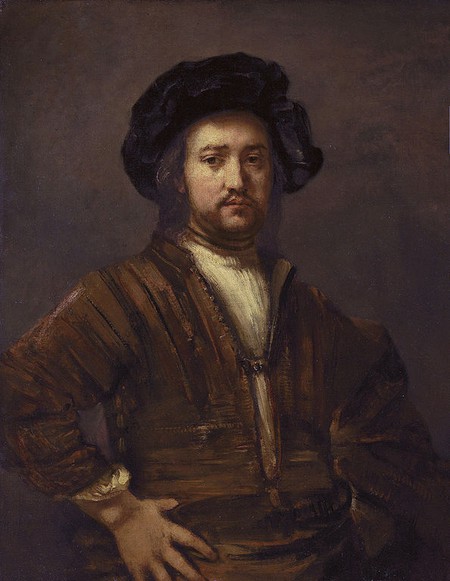 Rembrandt, Portrait of a man with arms akimbo, 1658 | © Rembrandt, WikiCommons

Painted in 1658, Portrait of a man, half-length, with his arms akimbo was seen for the first time in 40 years by the general public when it went on the auction block at Christie’s in 2009. It sold for 20.2 million pounds — a record-breaking price for a Rembrandt. It sold once again in 2011 to Drs. Alfred and Isabel Bader, and they just recently (November 2015) donated this incredible work to the Agnes Etherington Art Centre At Queen’s University in Kingston, Ontario. 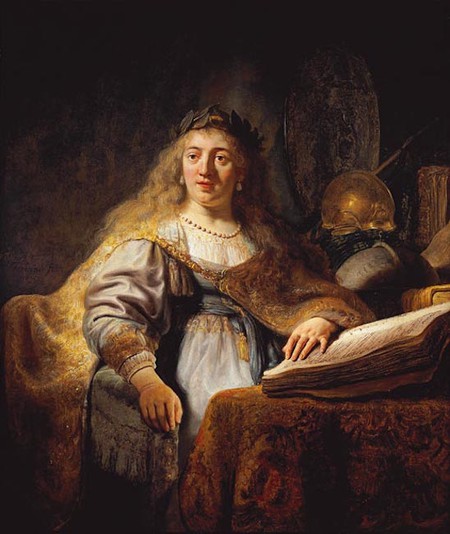 This 1635 painting, which is currently in a private collection, depicts the Roman goddess of wisdom and arts, Minerva, in her study. The woman with long golden curls dressed in luxurious clothing, featuring beautiful embroidery, is turned three-quarters and is looking out at the viewers. Her hand is gently placed on an open book in front of her, while other accoutrements adorn the background. It really is a beautiful work with great attention to detail. 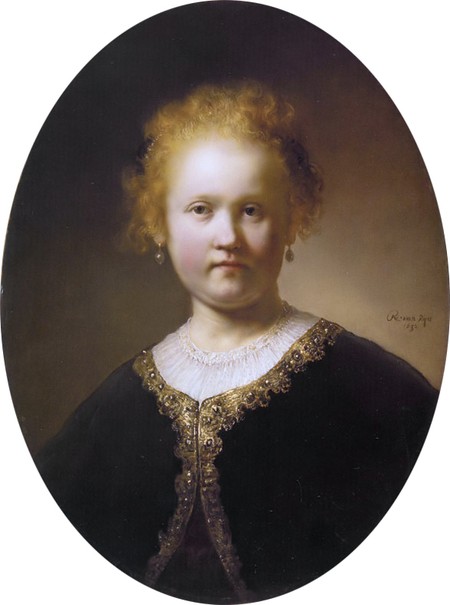 Bust of a Young Woman is another Rembrandt work that is currently held in a private collection. While it has been loaned to museums in the past, many people may have never had the chance to see this charming portrait of a young girl with unruly, wispy red curls. She is draped in a lovely black cloak trimmed in golden embroidery, with a white shirt peeking out on top, and placed against a background of various shades of umber. 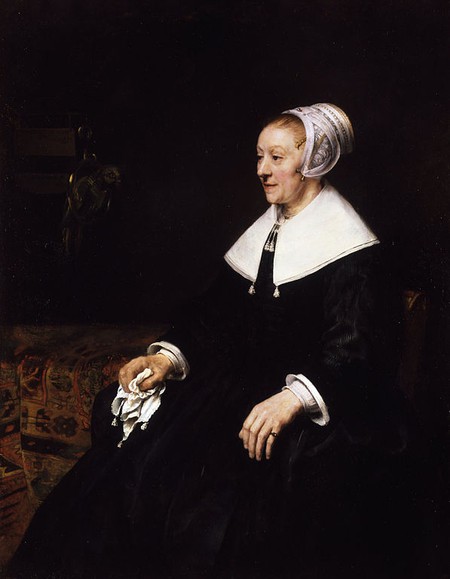 Wearing a black dress with a white collar and cuffs, plus a white cap, Catrina Hooghsaet sits in profile while clutching a white handkerchief in her right hand. Placed against a very dark background, the woman, with a slight smile on her face, is staring her pet parakeet. Previously part of a private collection in the UK, this late work was recently sold to a buyer overseas; however, because it is a treasured piece, no export license has yet been approved. 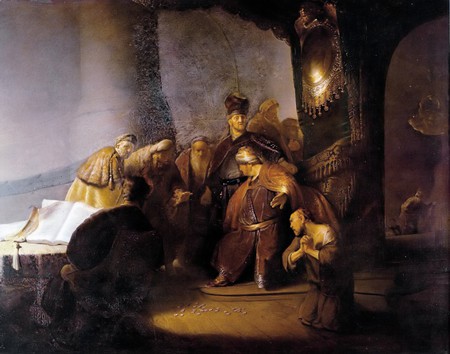 This list ends with one of Rembrandt’s earlier works, Judas Returning the Thirty Silver Pieces. Betraying Jesus for 30 pieces of silver, Judas feels remorse and is seen in Rembrandt’s biblical painting returning those pieces. The scene is washed in a golden glow, putting a spotlight on all of the figures along with the silver pieces in the foreground. This painting, like most of the works on this list, is in a private collection.